Works arising from stories or stories resulting works. Narratives are a form of drawing that uses as support the imagined time and displays on the lived time, a testimony or a scene that proves that story.

Afinidades eletivas, as with A Bela e a Fera, is a spiritual contribution to the idea of creative continuity among the forms, as well as an explanation or test of forms that wish to become a single body because they have originally derived from a ‘generation’ in common, the growth of teeth in the mouth. These pieces required a particular architecture and defined forms that could masticate, like a tooth growing inside the body or the form resulted from the casting of the hollow interior space of the mouth.

These inanimate sculptures, with their matt aluminum luster, seem fragile, young creatures and, when regarded as two pairs, may be seen to behave as the quartet in Goethe’s romantic novel Elective Affinities; they might be tempted, or they might resist, the charm of exchanging partners. 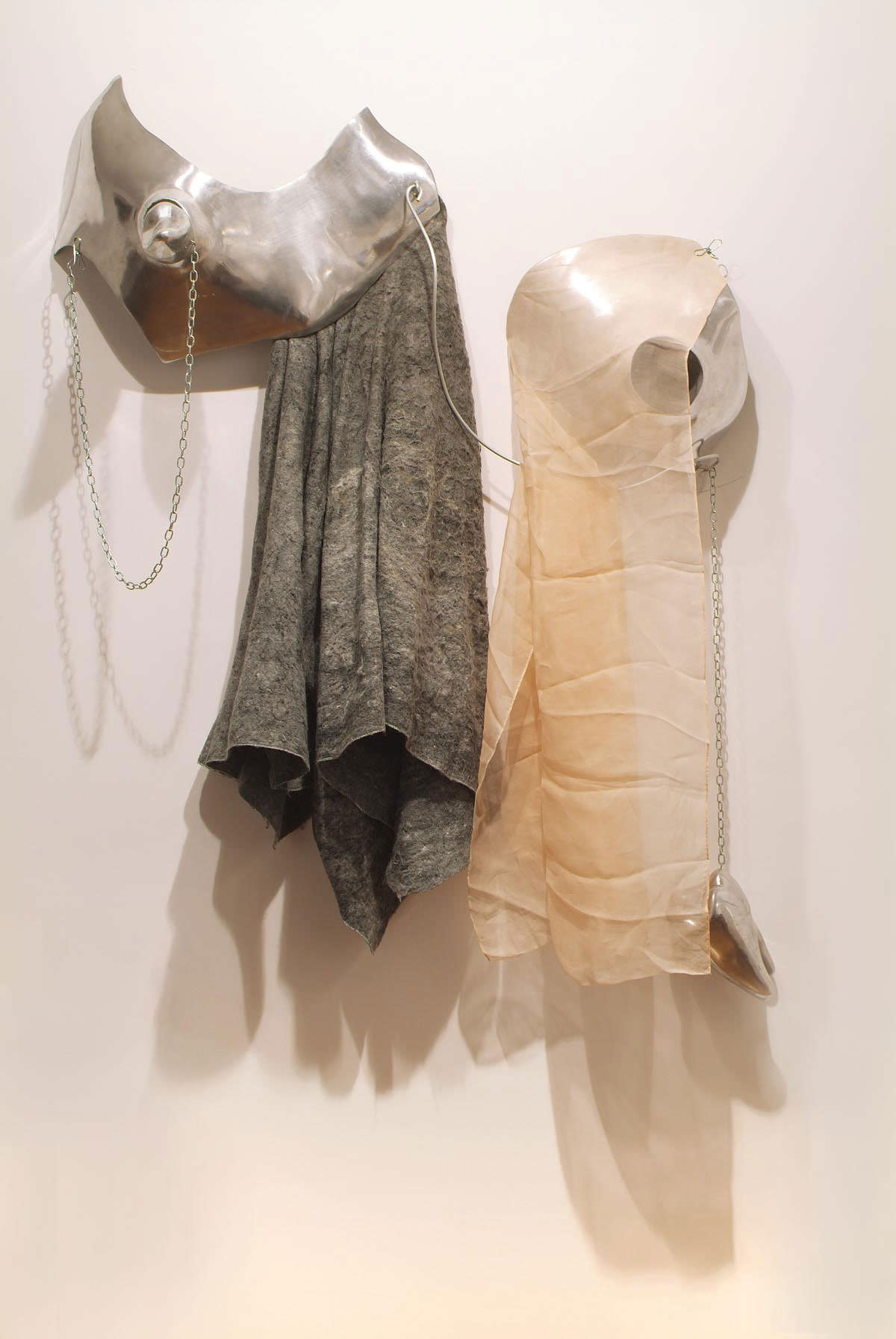