The operation starts with a piece of soft clay, a hat, a high stool and a half-naked woman. Referring to the internal volume of a hat, the same volume in clay is set aside. Part of the clay is laid on the floor and, before the feet may experience its texture, a sheet of thin copper foil is placed between the sole and the clay. Another part of the clay is placed on the seat of a high stool and, before the naked body may rest on it, another copper sheet is laid on top. Upon leaving the stool, before the woman rests her weight on one of her arms, another part of the clay is placed at the edge of the stool and another copper sheet appears between the clay and the palm of the hand. Upon leaving, the woman wears the hat leaving the remaining clay between the straw and the hair. The copper sheet is between them. Seven stools are simultaneously visited by seven naked bodies or successively by the same body. The clay is shaped by the first contact with the body, always having the copper sheet between. A tooth, a small funnel and a thimble are added to each of the coppery clay bas-reliefs. A copper wire unfolds by the stool thus connecting the three clay pieces on the floor, on the seat and on the edge of the stool.

Events are timeless even when being connected by a thread, or the thread is temporal even while interrupted by events.

In the book Barroco de Lírios the performance is documented in photographs together with a letter followed by pages from a secret journal where a young woman describes they way her body is filled with pleasure during a visit to a hidden corner of the rainforest where she bathes, naked, in a small creek and she writes to ‘Dear Friend’ about the coincidences that link the event from the past to the installations and films in preparation. 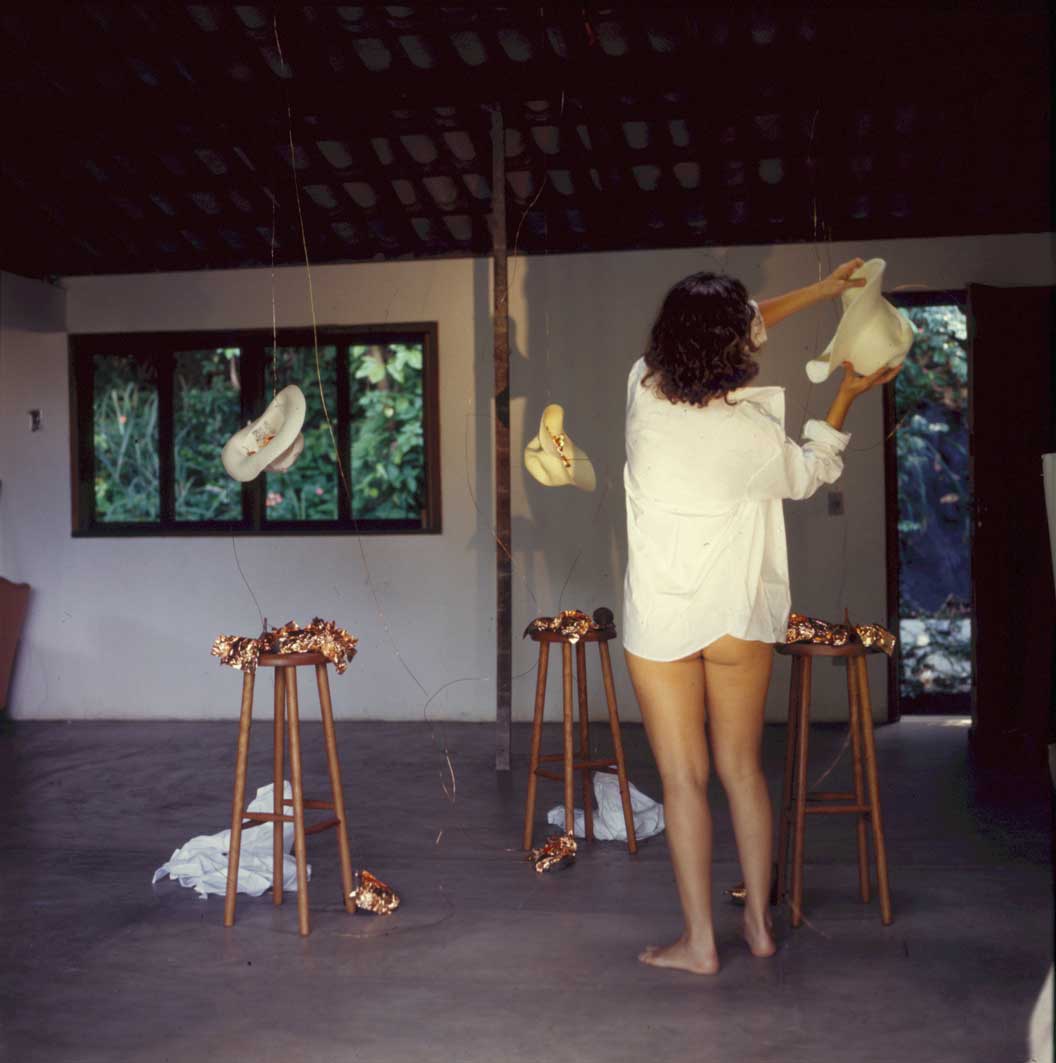 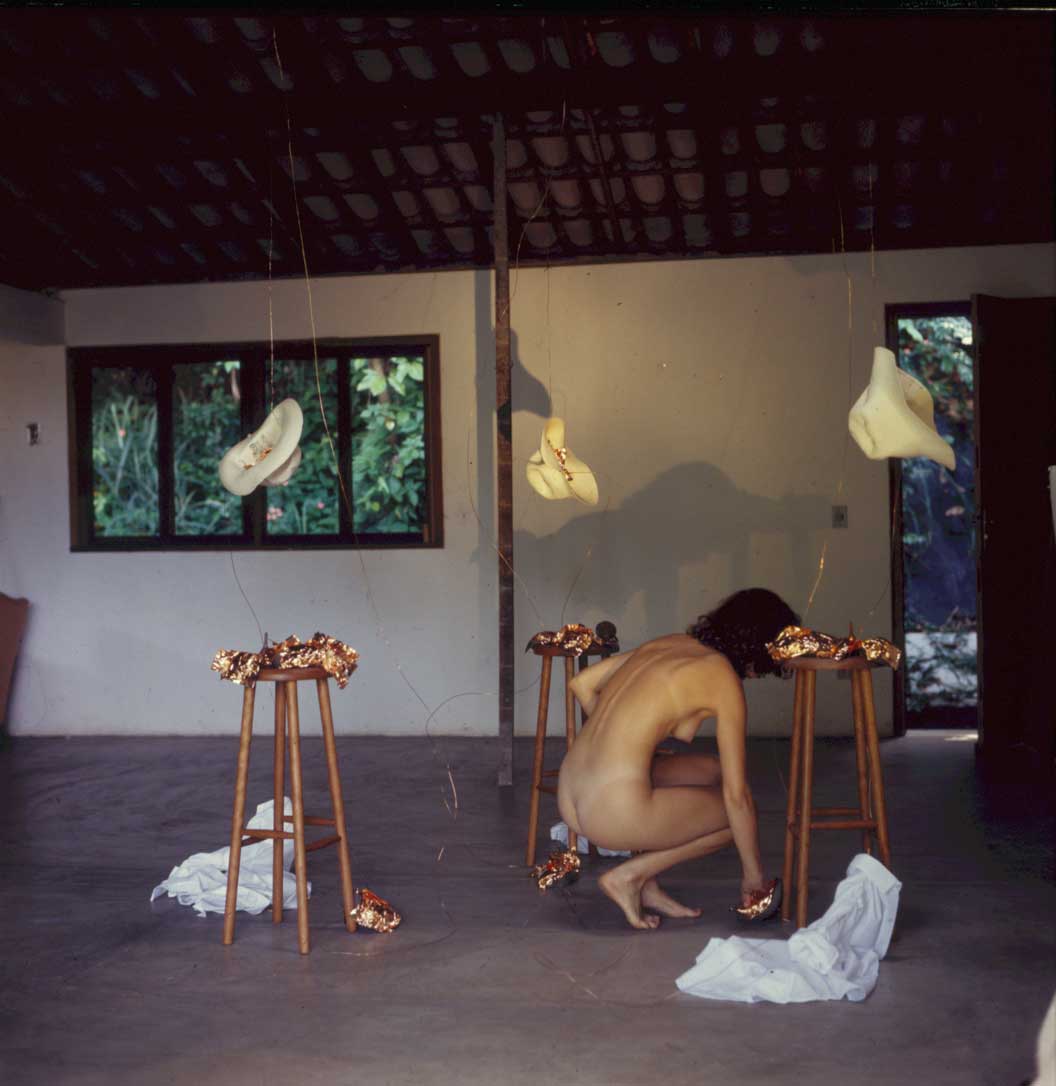 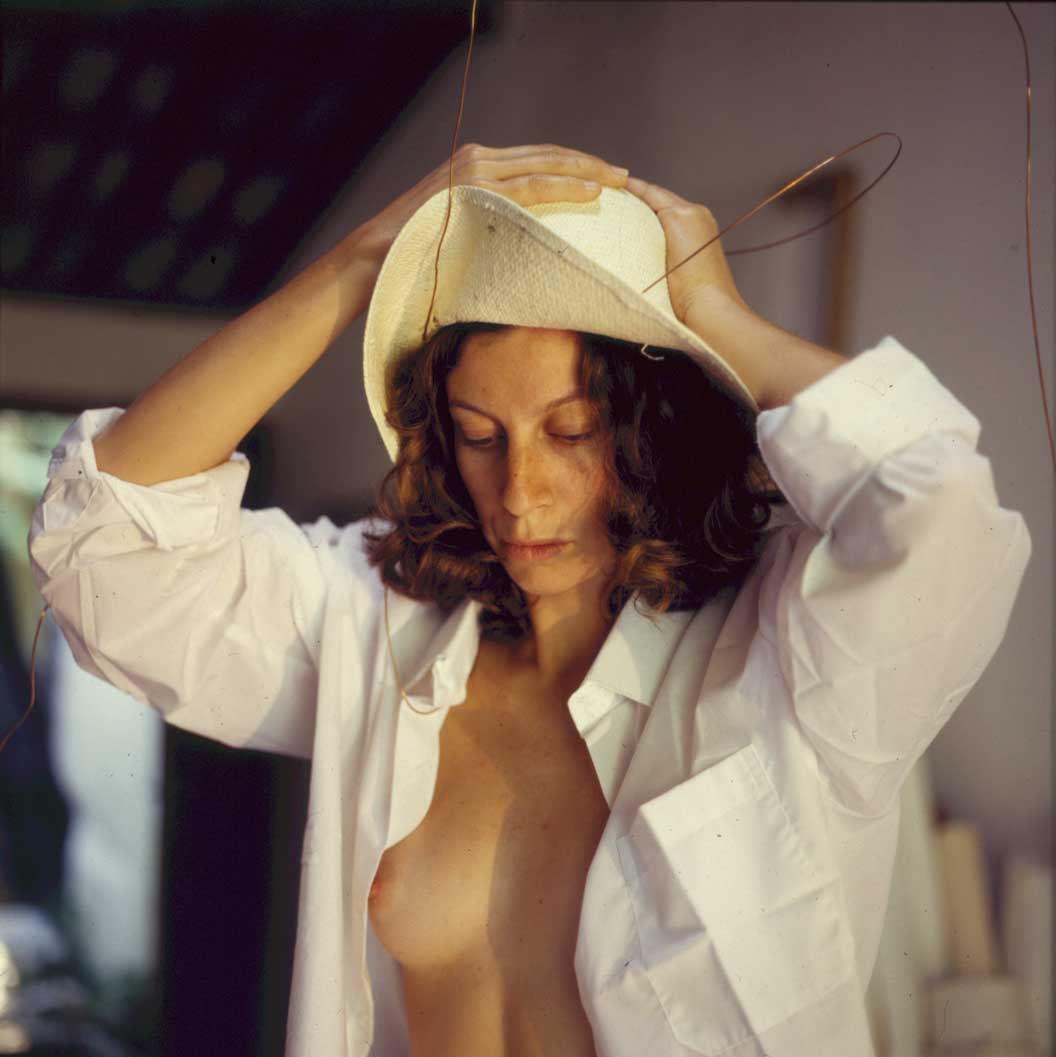 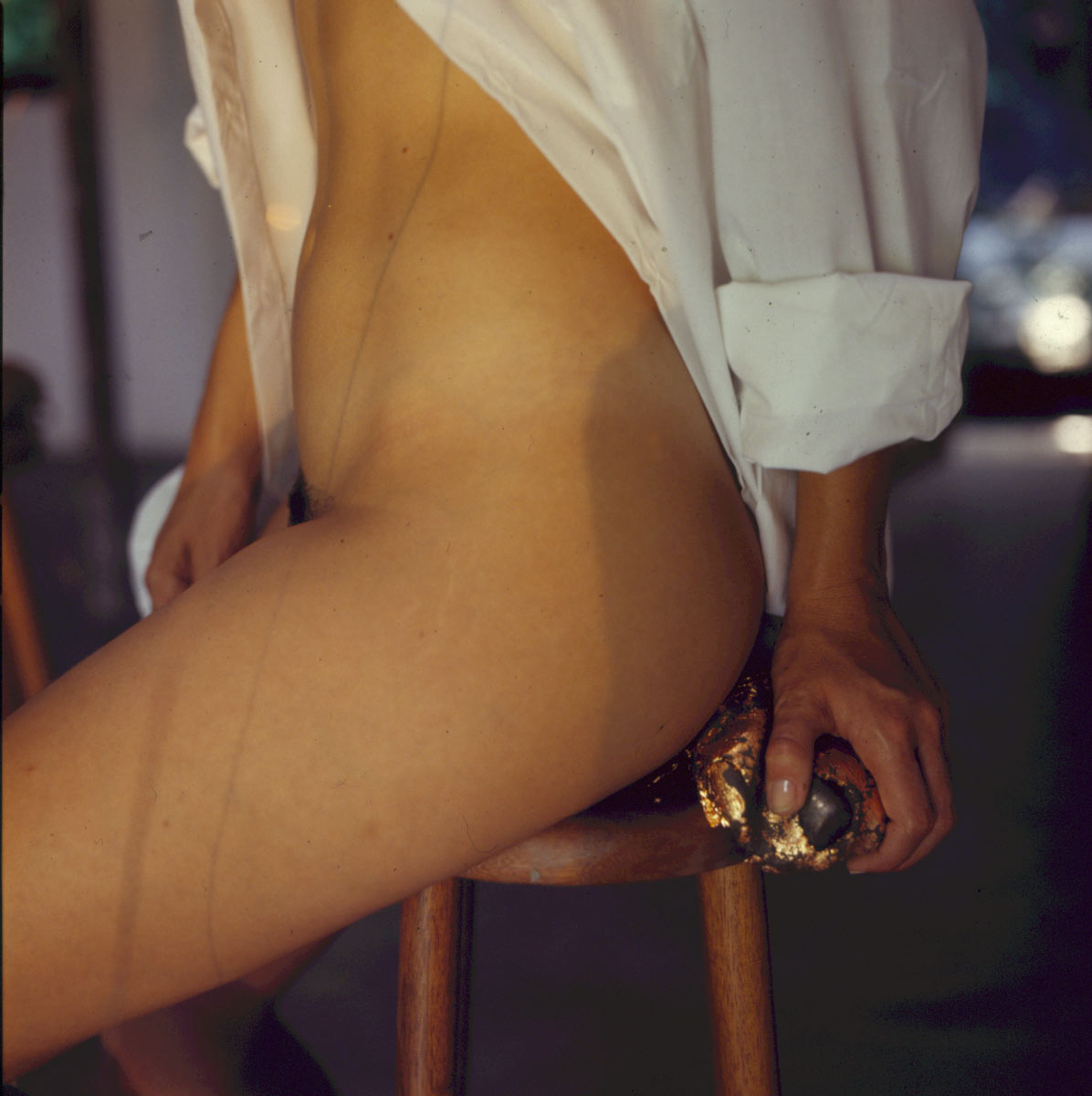 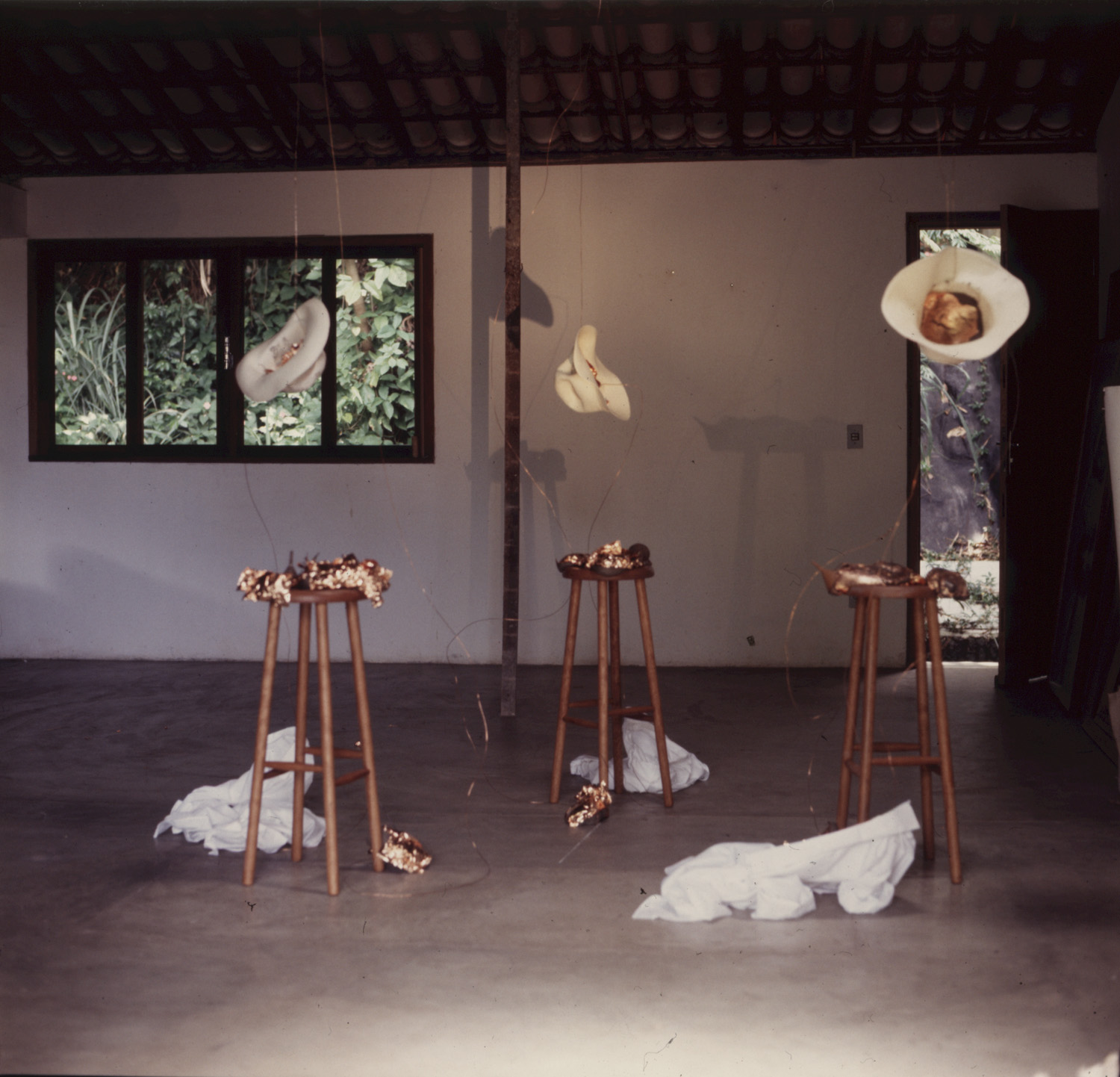 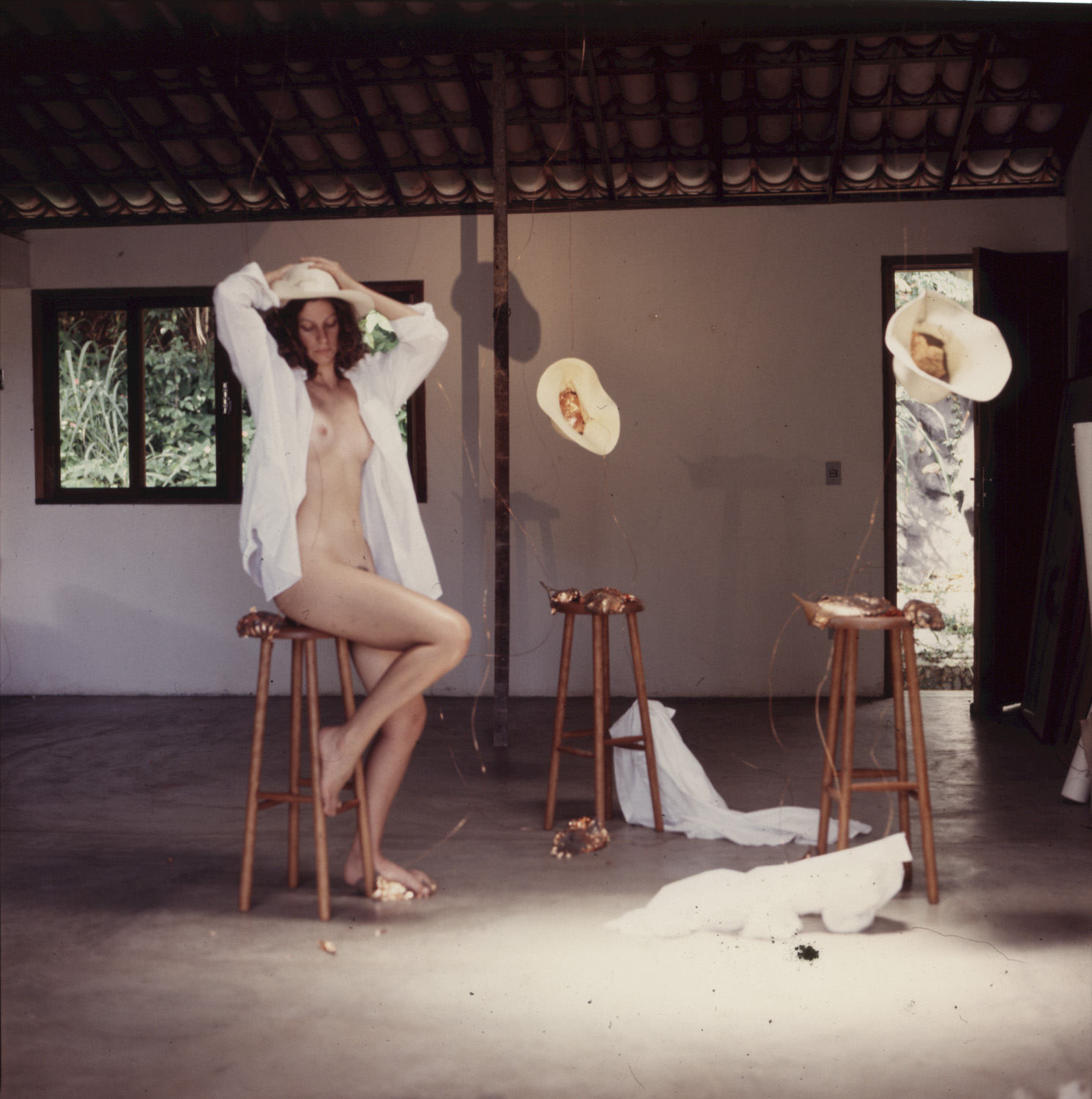 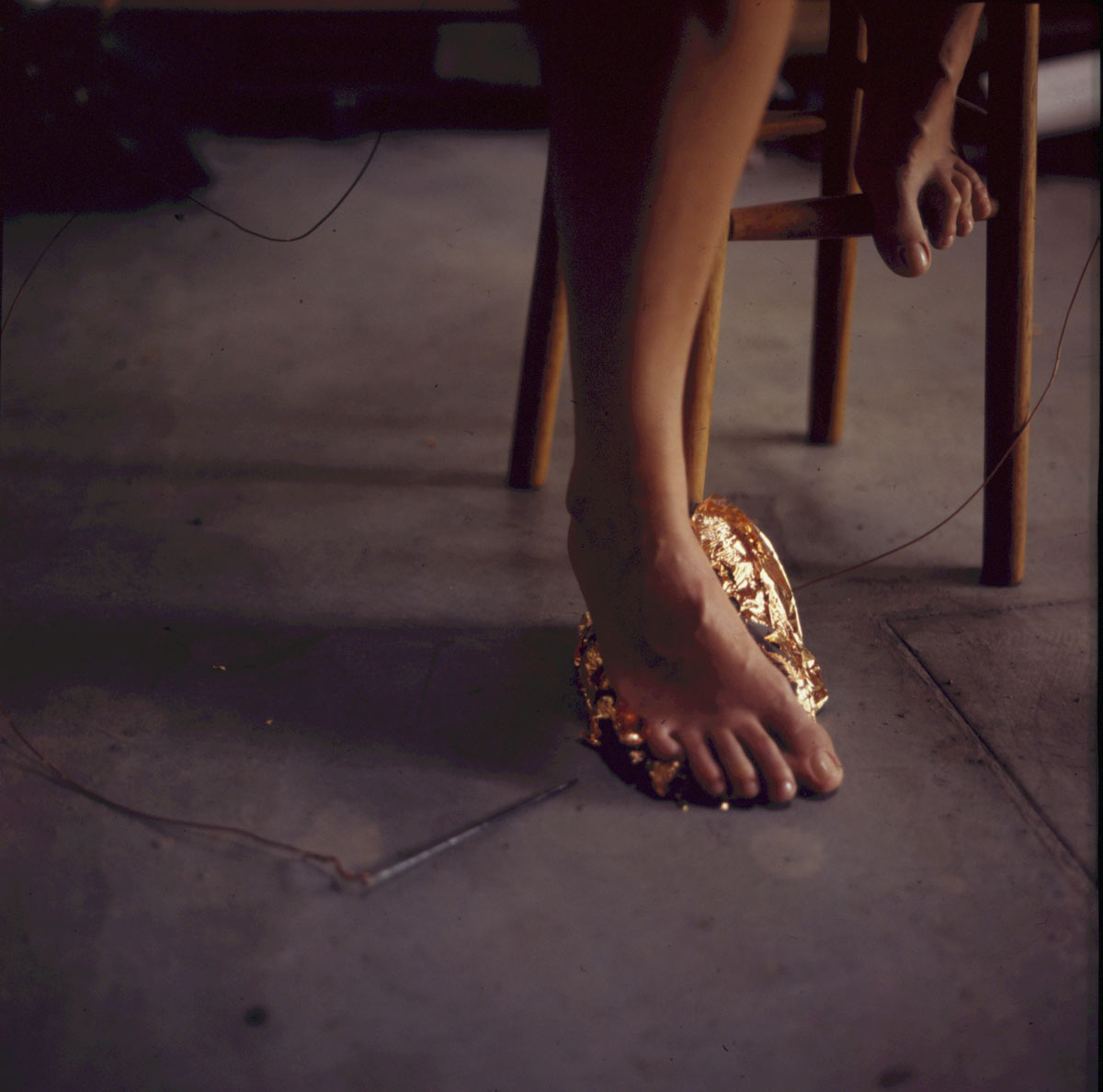 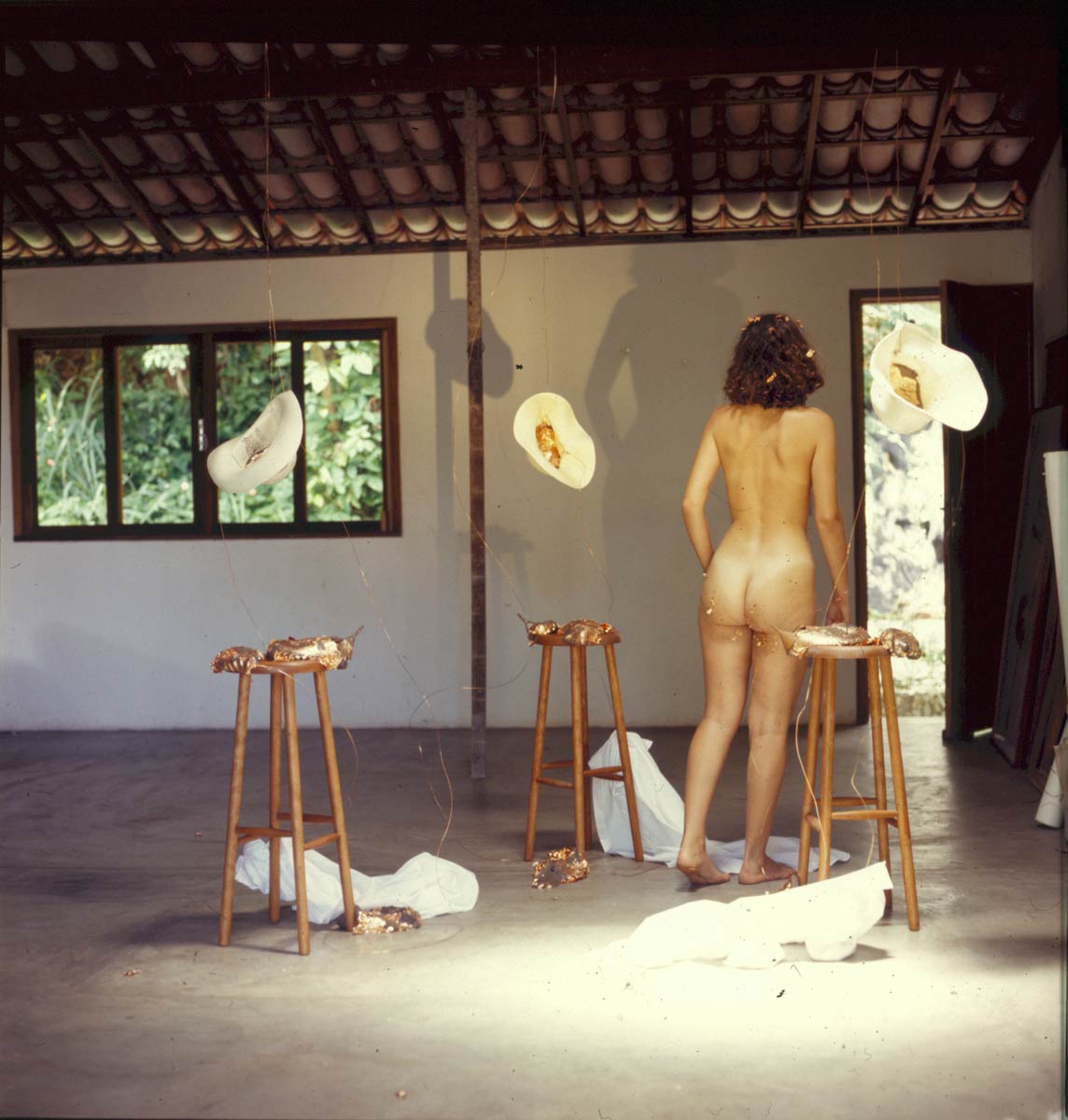 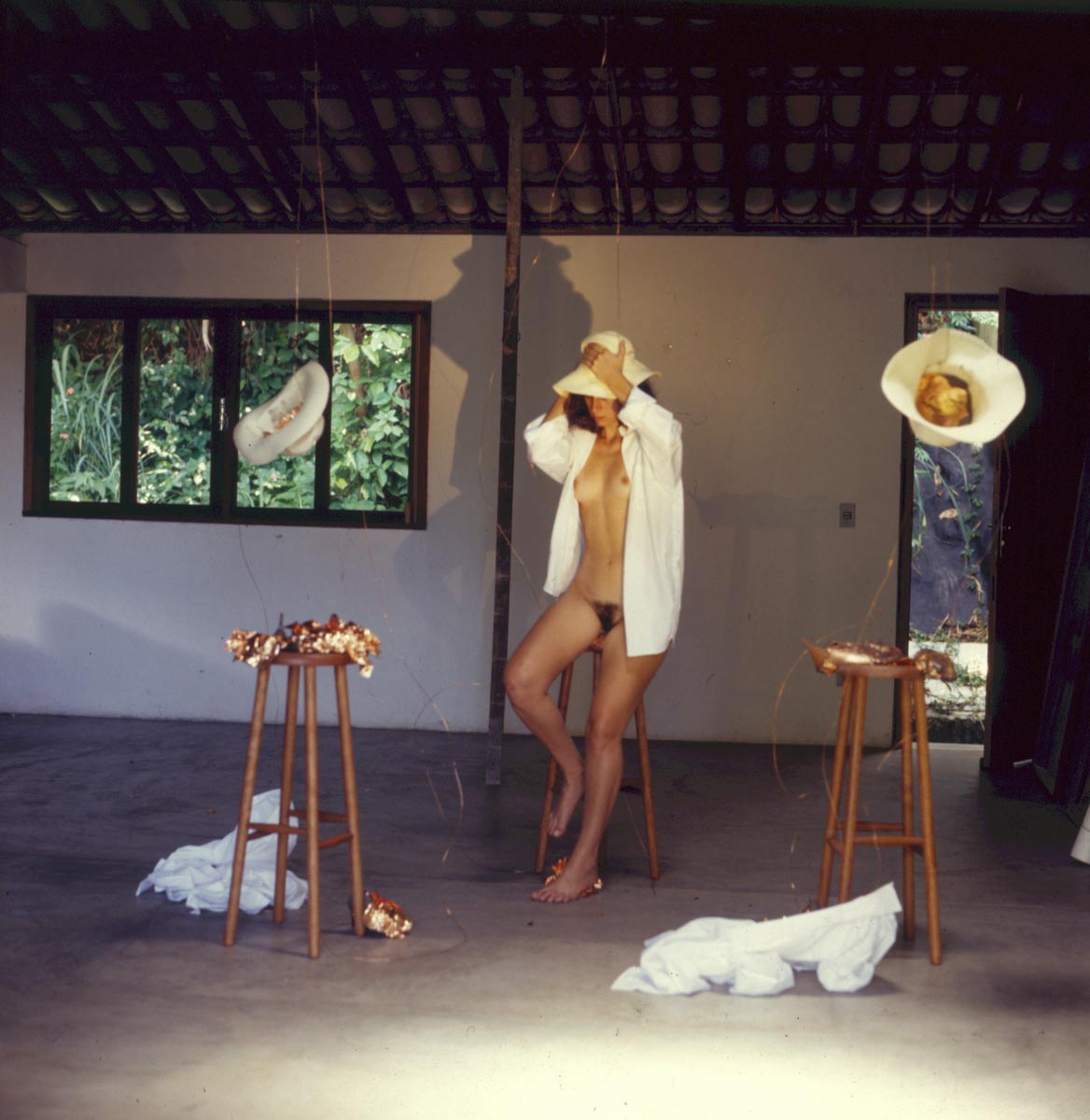