Belatedly I Loved You

The performance Sero te amavi requires three girls who stand, supporting one another. In their left hands each holds a small needle, a thermometer, a ruby and a thimble. Each girl is also wearing three white men’s shirt of different lengths, all missing the left sleeve. Three rubber tourniquets attached to the walls of the room support the sleeves removed from the shirts; they are joined by a Borromean knot . The rubber tubes are filled with port wine. A hole made by a needle stains the white sleeves red, eventually soaking that part of the fabric with the drops of wine, forming three puddles on the floor below, which will turn into one during the performance. Beside it, three huge burning candles are arranged as a ‘sarilho’ (a formation made by soldiers with three standing stacked rifles. The wine and the wax fall in drops. The diameter of the candles is calculated according to length of the performance. The three flames consume the wax until the supporting point that keeps them standing disappears and turns them into one, the duration is about two and a half hours. As the girls get tired of standing and being supported by each other, they sit on the floor, still linked by their heads and shoulders. By the time the three flames join together, the girls can no longer remain upright and they lie down on the floor in a star position. 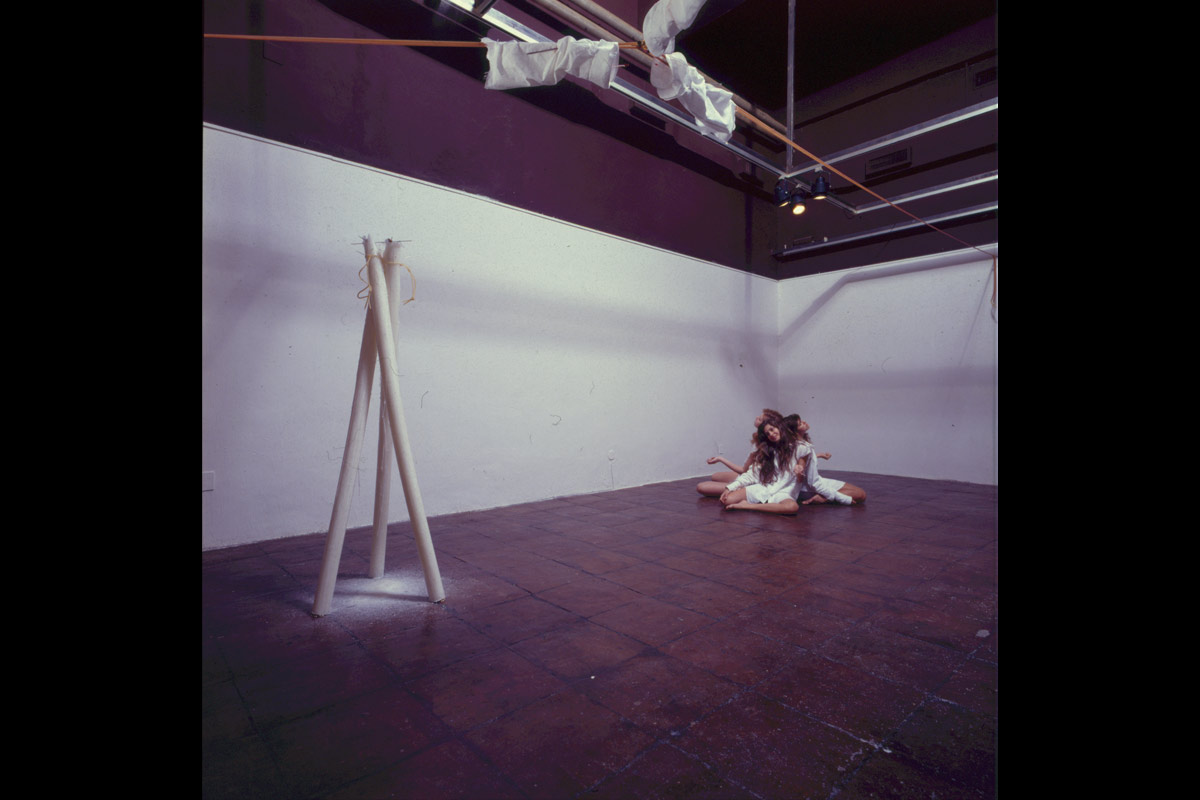 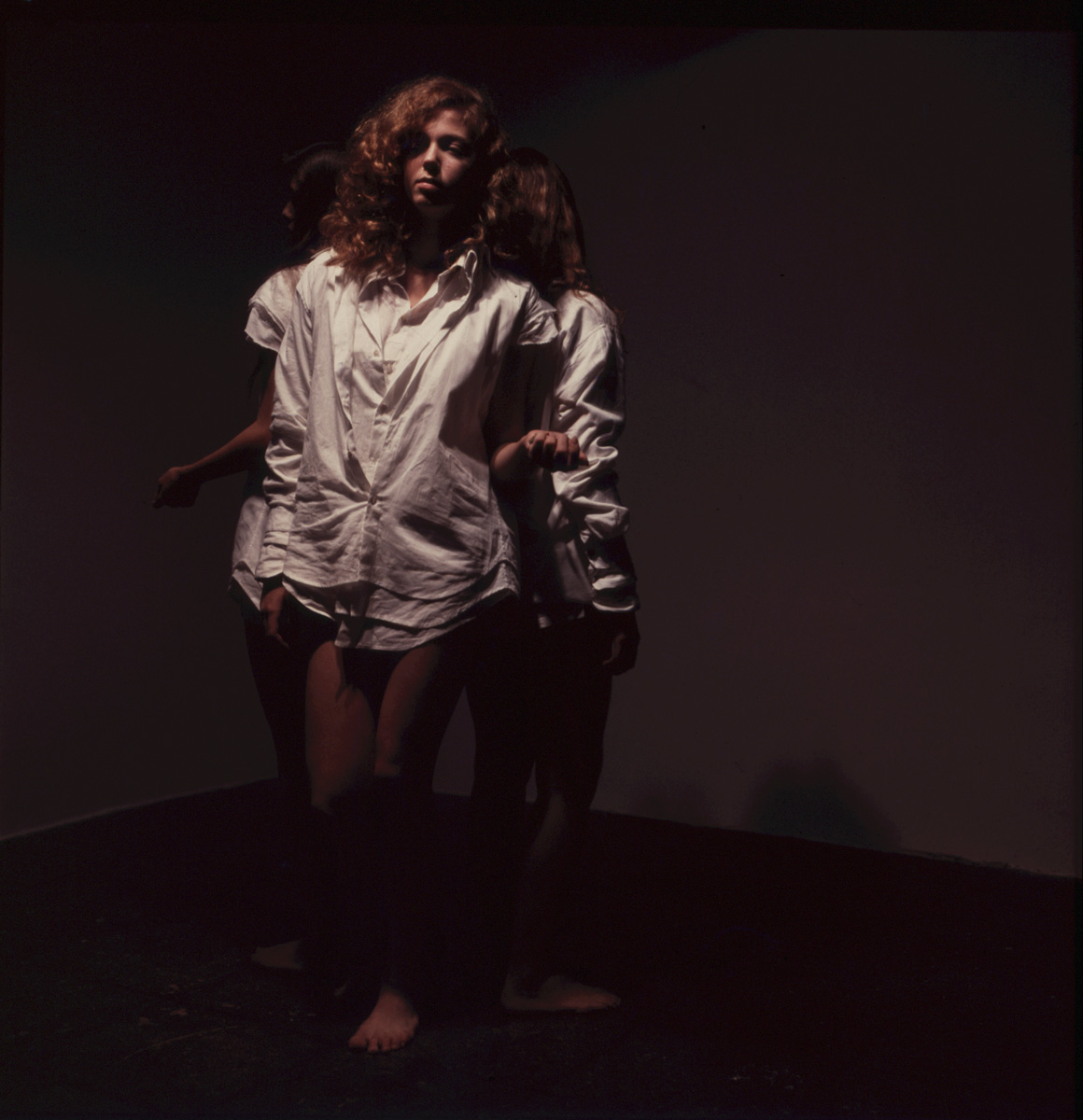 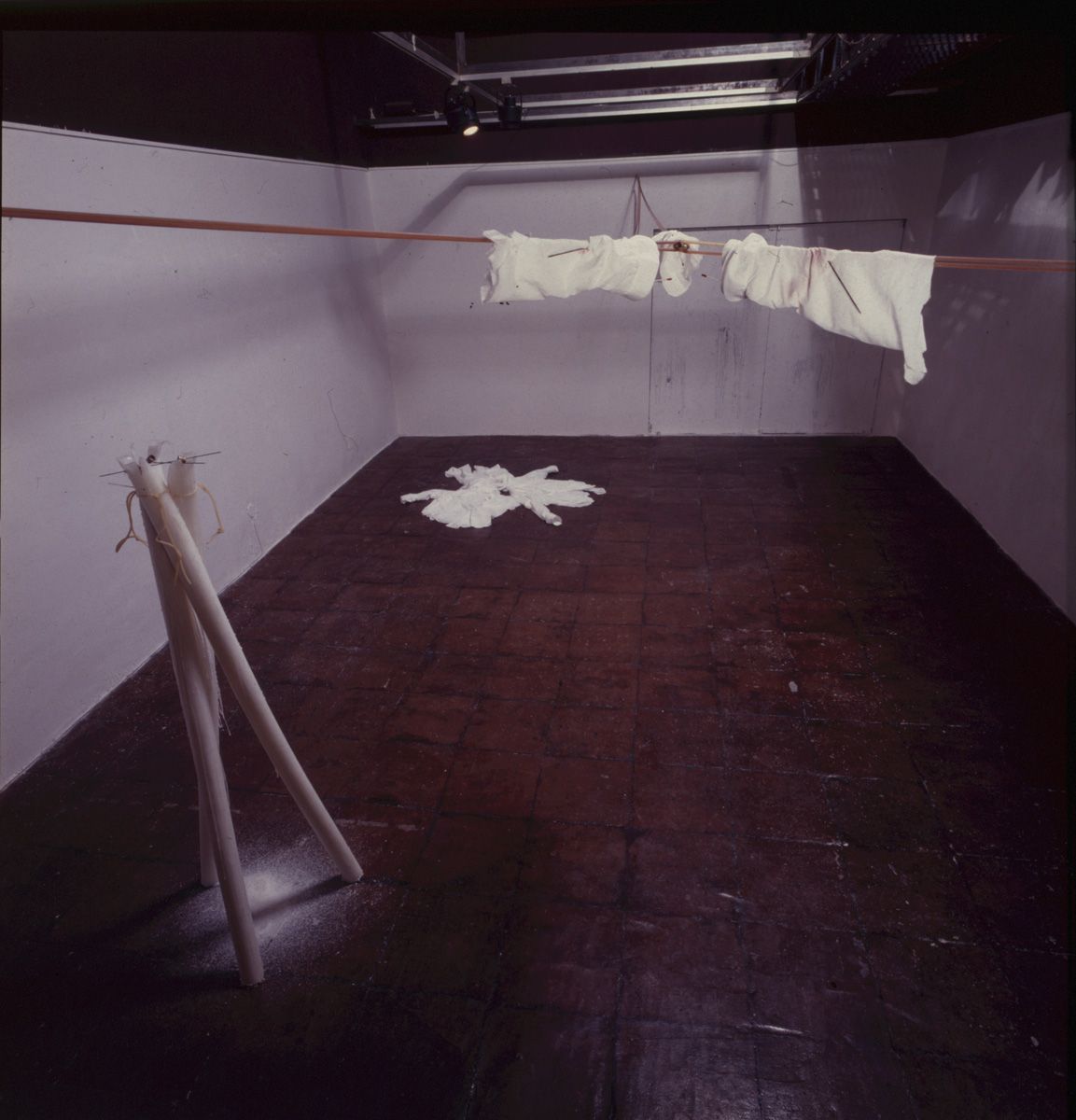 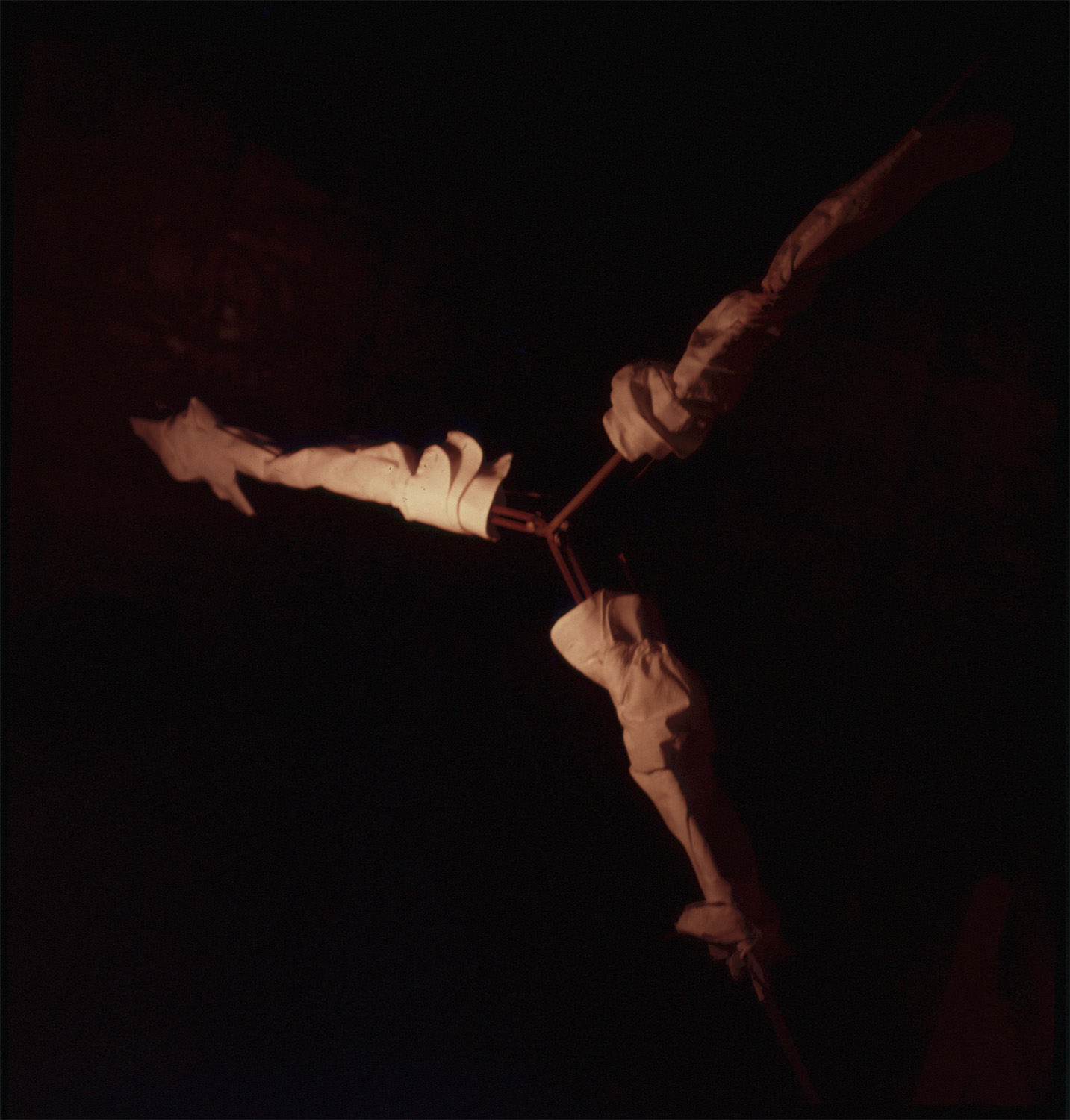 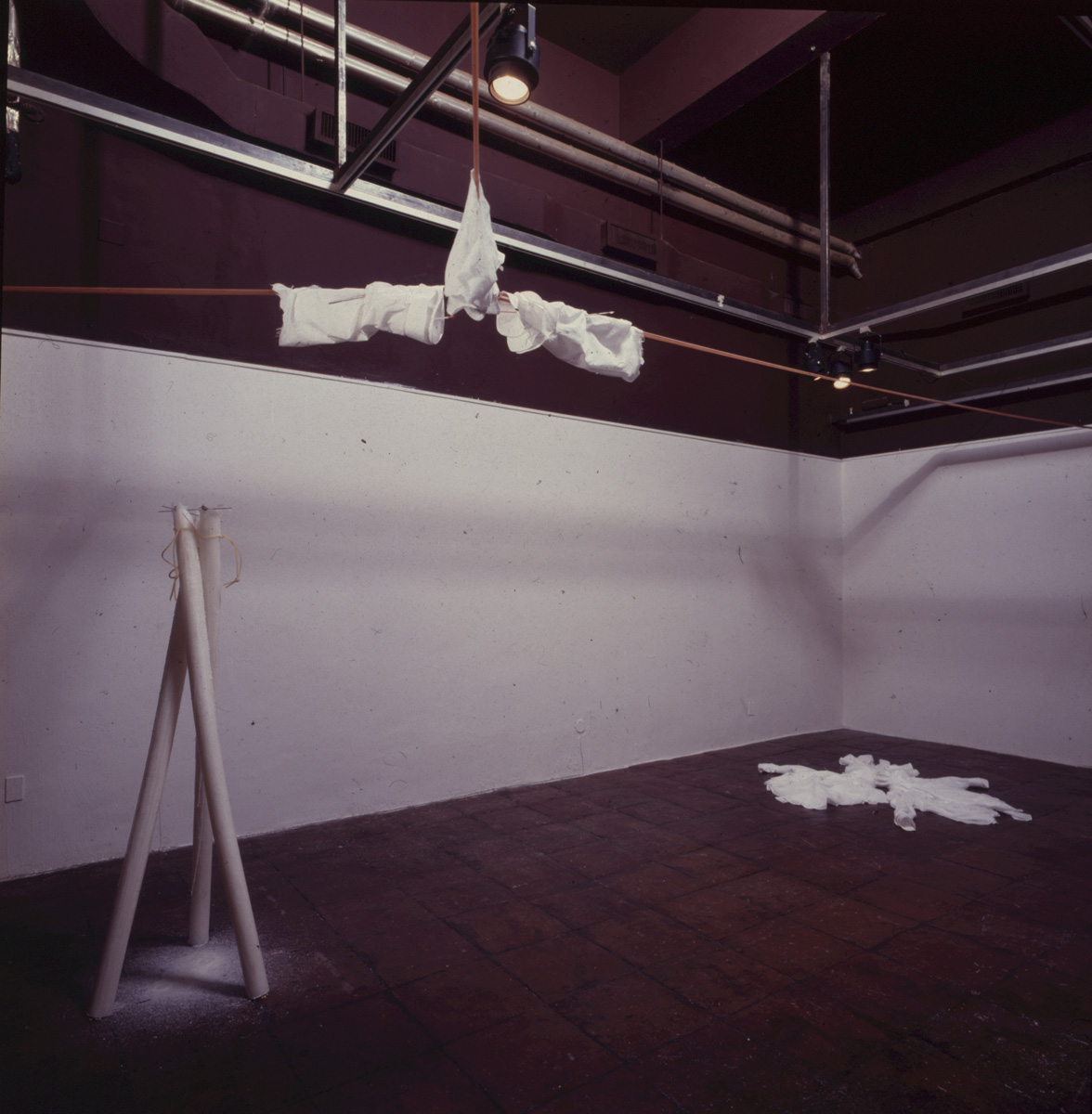 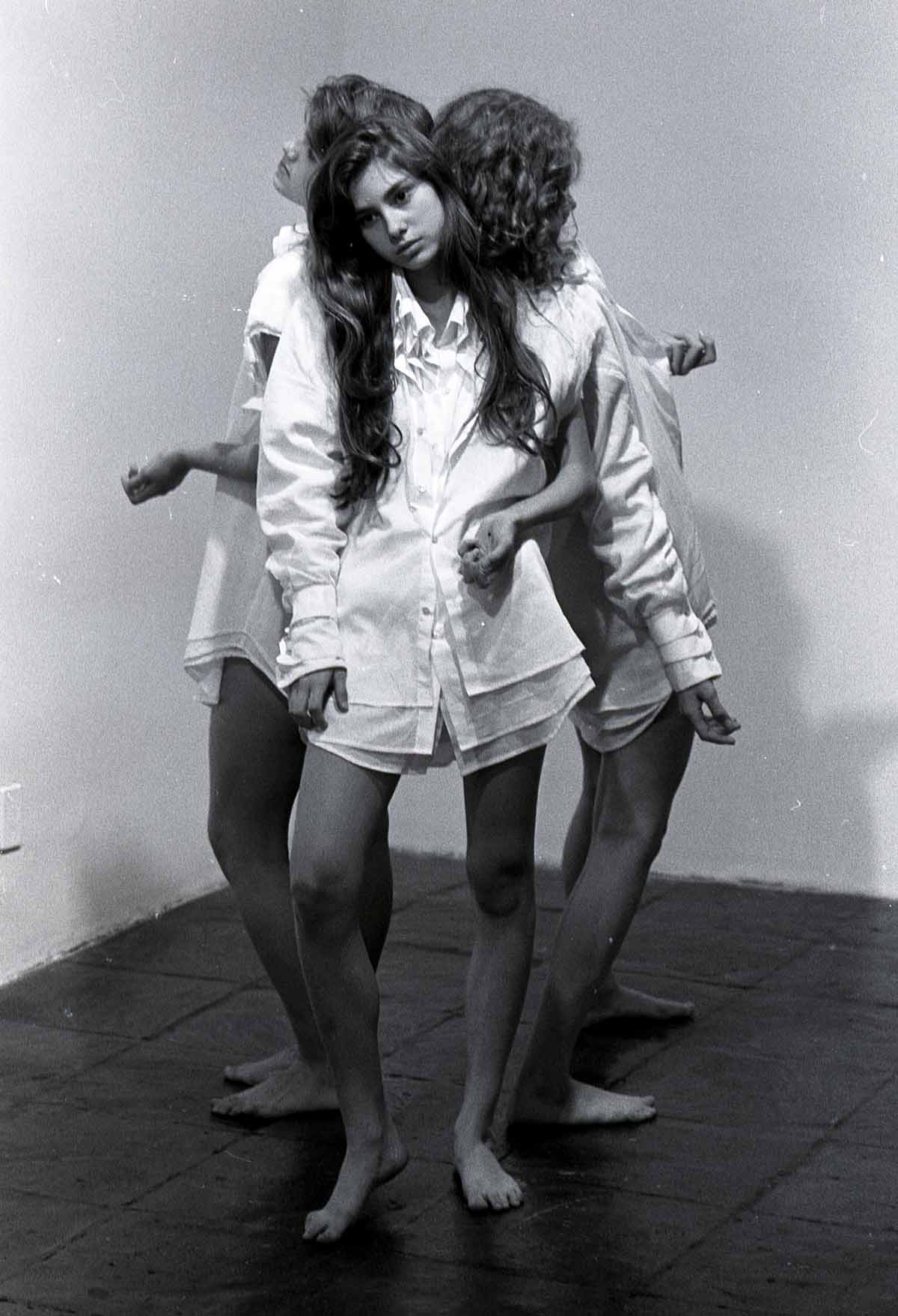 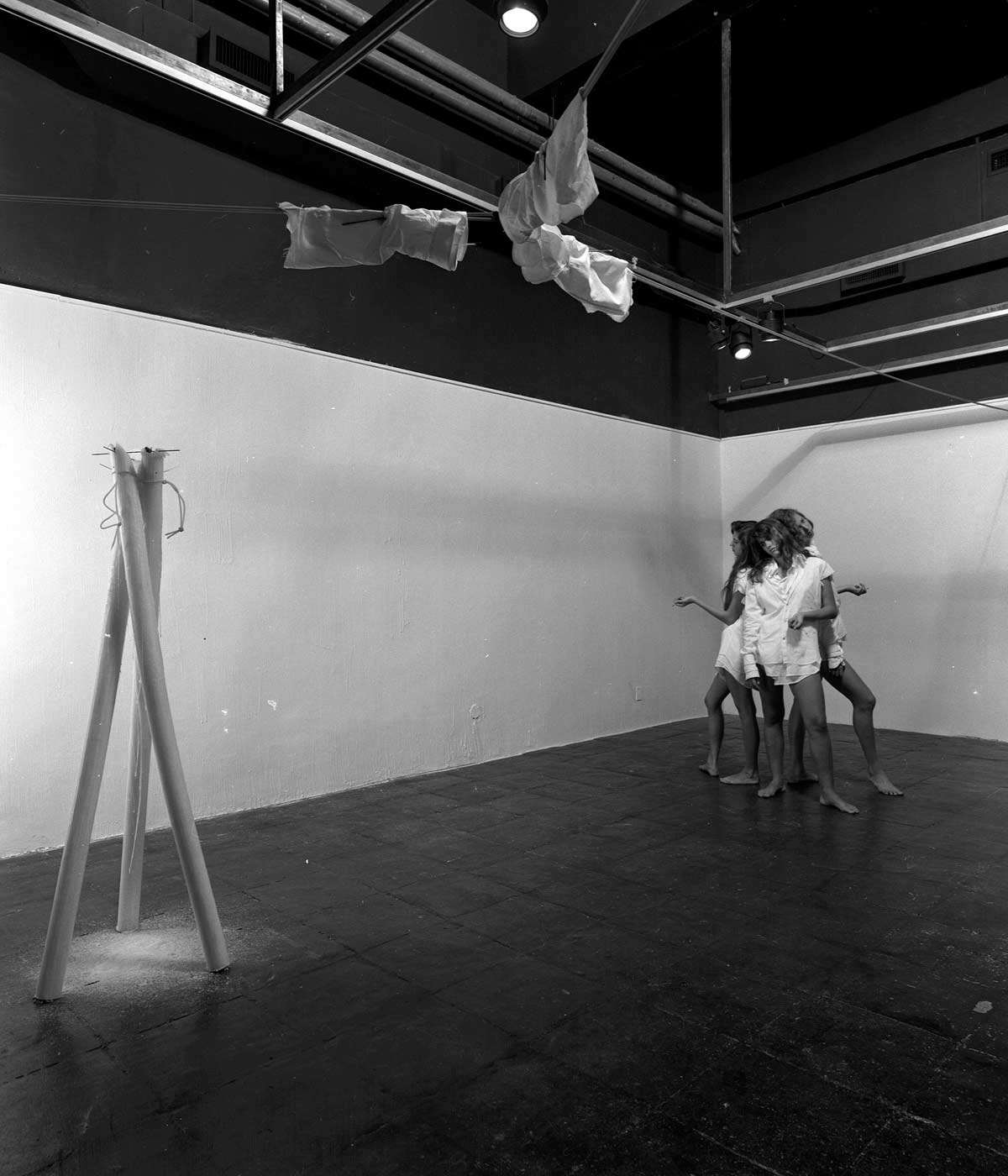 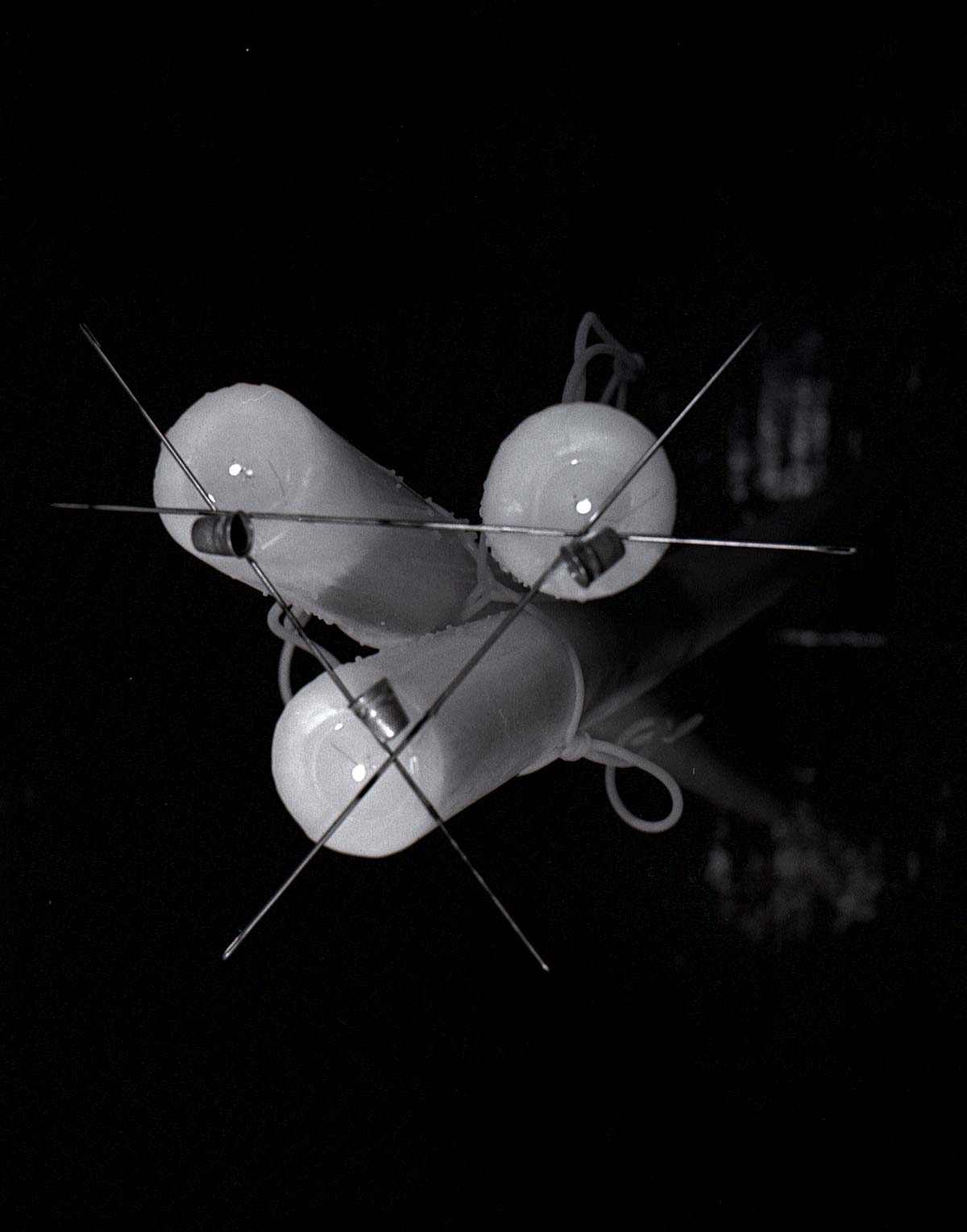 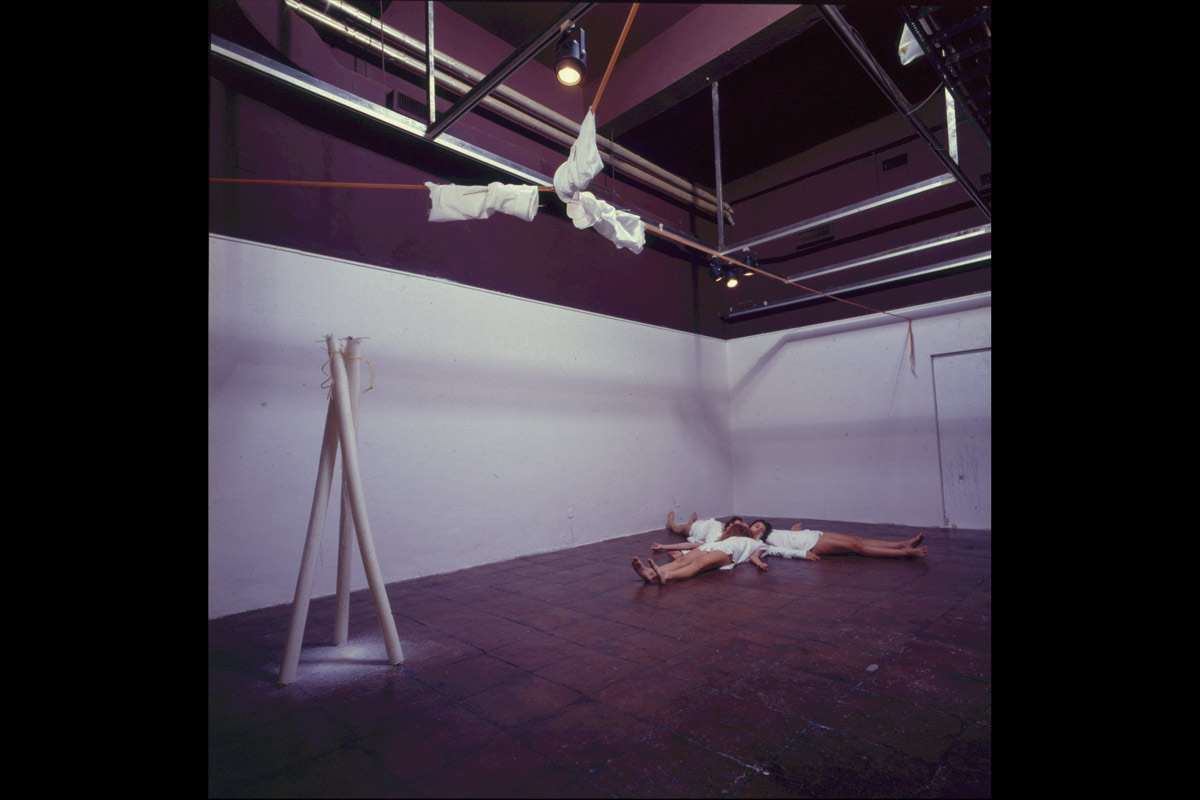