The lines that often arise from the tour of a pencil or the modeling of a lead wire is the one of the three. Stamps and edges of cut or shaped materials are also lines. Hairs, and even a narrative endorse their formal use.

An image painted on silk hangs loose like a veil. The image impregnated in the silk refers to the femur, the bludgeon, the braids and the hair. The small scratches agglutinate without loosing the gap among them. The final result resembles a large print made by a stamp or X-ray, suggesting a magnetic field. Sedative paintings may be read as an X-ray of the Lezart artwork, the iron sheets have now become translucent.

A sculpture in low relief was made with antimony, a brittle silvery-white semi-metal. The same shape also appears diminished in low relief, incrusted in the crown of a dental prosthesis. This would be a work to be seen with the tongue as an expanded possibility, as in a work visible by the esophagus, Há Sopas ,and the one seen by the lung, Espantos Ansiosos. 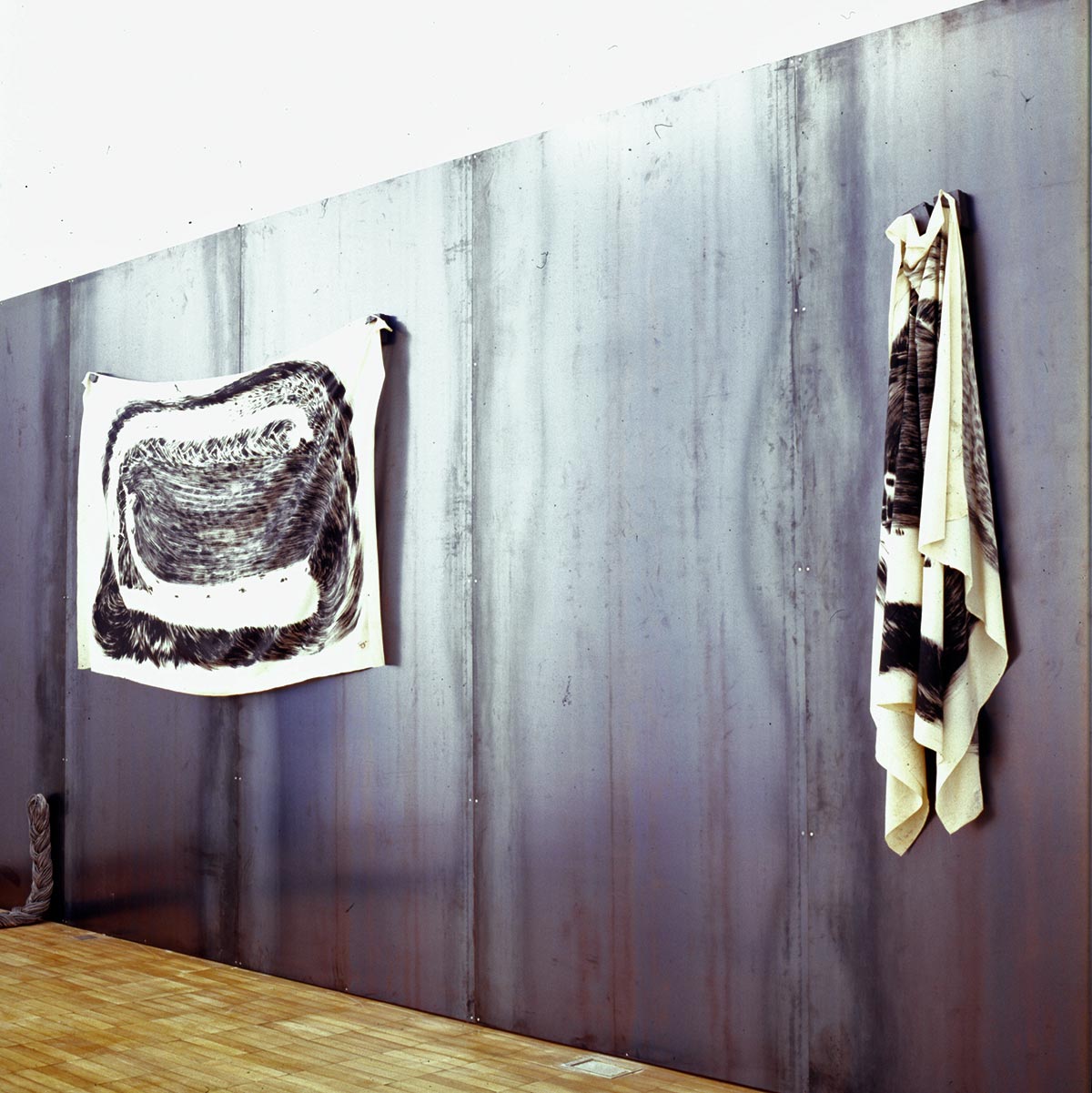 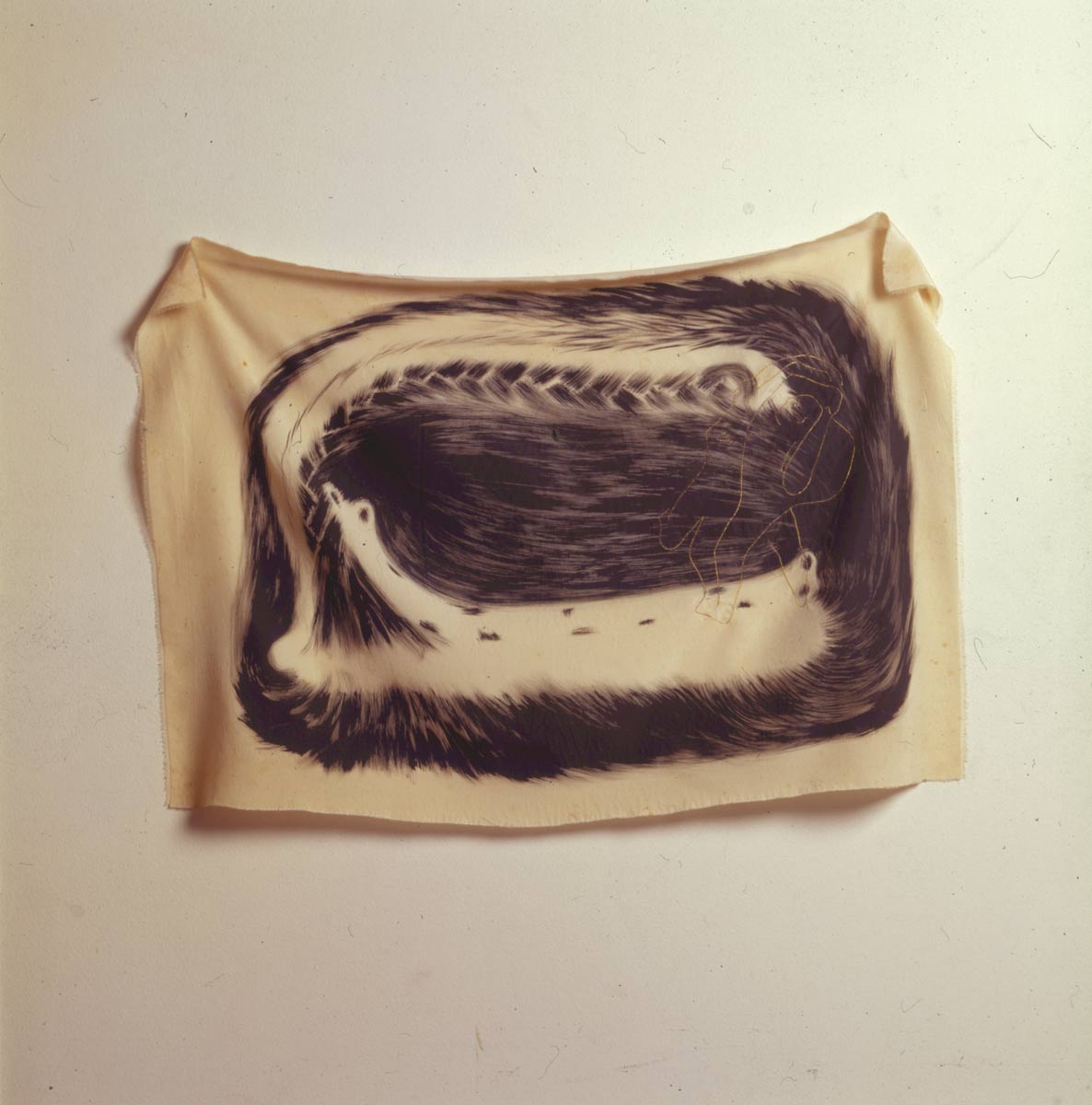