Untitled, from the series Portals

First used in the installation Elective Affinity, the form of a portal can be surrounded by a garden or be filled by a landscape. Rhinestones, glass and magnets may be either in the composition of gardens and landscapes. The internal measurements of the portal is related to measurements of wood blocks used in the works called,  ‘’Manifests’’, thereby becoming a contour of the other.

The investigation made in Lezart that extended the unity of TaCaPe, the painting registered inside the stomach in Há Sopas, as well as the brightness found in the steel guts of Cooking Crystals these works are similar in their nature to the hand inside the pocket and the brain inside the hand. Not only container and content, they are as well the external and internal surfaces, the passages and paths.

We imagine an entity which is able to make an ordinary man move from one stage to another, to reach something yet unknown. Psicopompo is attributed to Hermes in Greek mythology. The passage that is suggested requires a weighing. Before letting the candidate pass, the Psychopompos must weigh his soul. And, to this end, it is not true to say that one kilo of cotton is equal to one kilo of iron.

When Tunga was invited to create a work for a sculpture park in a wine region in the South of France, several studies unfolded related to a structure similar to that in Afinidades Eletivas. Here, the existence of a portal with human proportions attracted gigantic canes which pass through it. For La Coste, the name of the property, Tunga appropriated local elements such as the forge, the ashlar on buildings and the Roman arches to create a visual trap that, as with the thimble and the sea, swallows the beautiful Provencal scenery into his stomach.

La Coste’s portals are three, each made with two buttress arches; all of them lacking one of the three supporting columns of the structure. A scale hangs from one of the arches ready for measuring. The counterweight of each portal is, however, distinct. One has a rock crystal tied to one side of the scale, another has a huge rock pouch and the third is attached to a glass prism.

Other portals were made using iron bars. Perhaps attracted by the myth, characters approached each portal, hoisted high up by a cross-shaped puppet controller. Sometimes, they are inside the portal, sometimes they have already passed or will still pass through it. 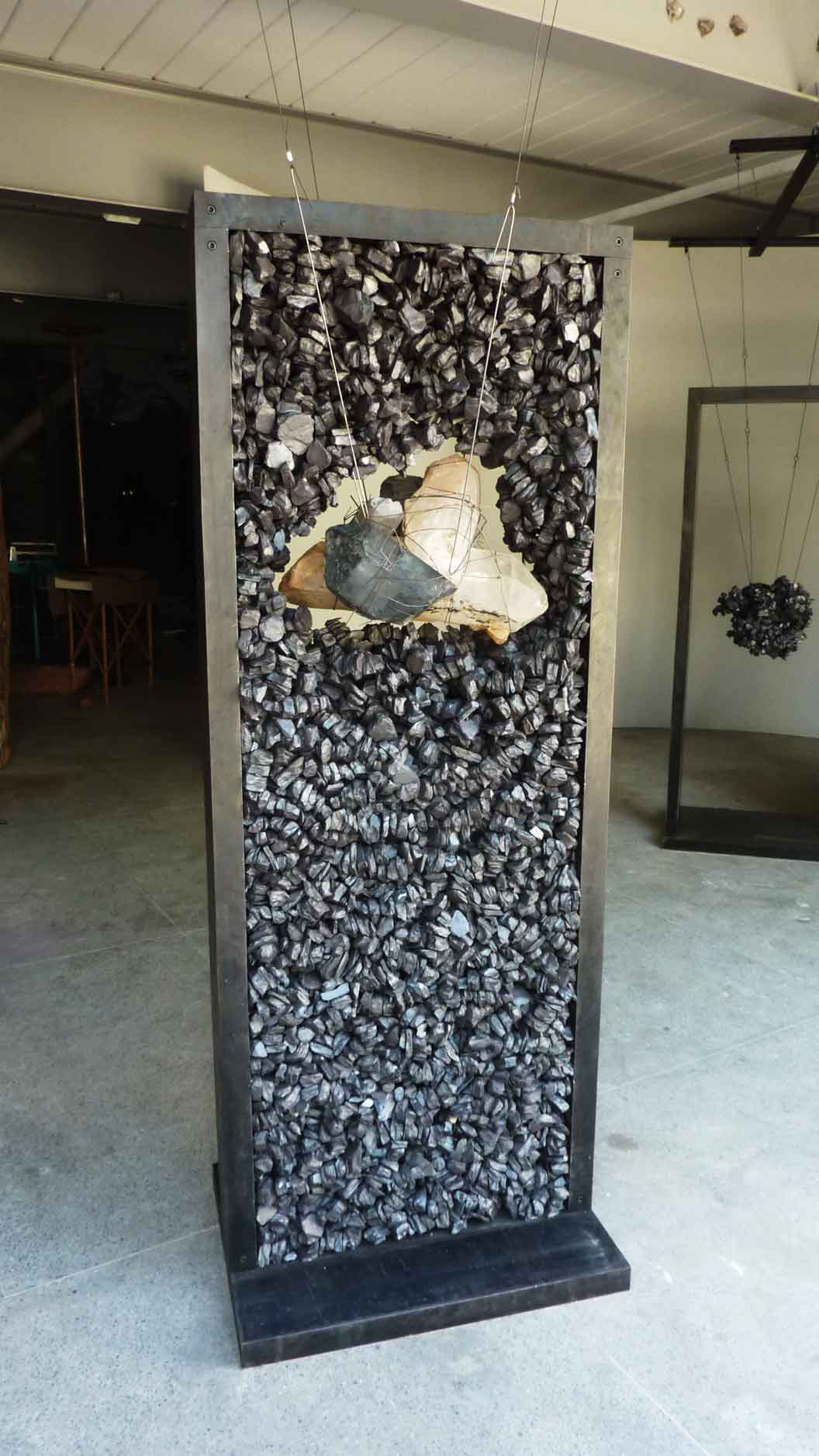 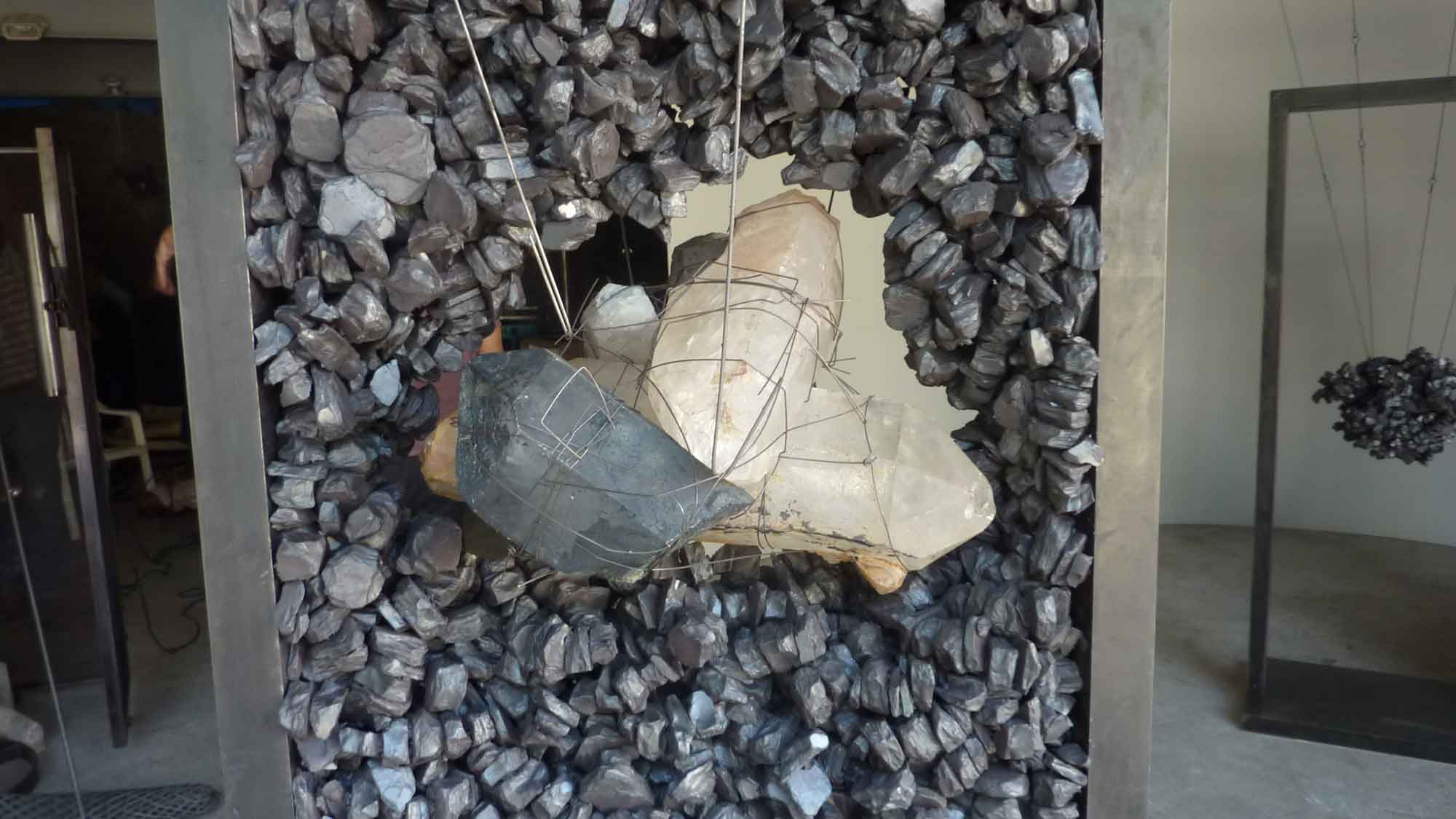 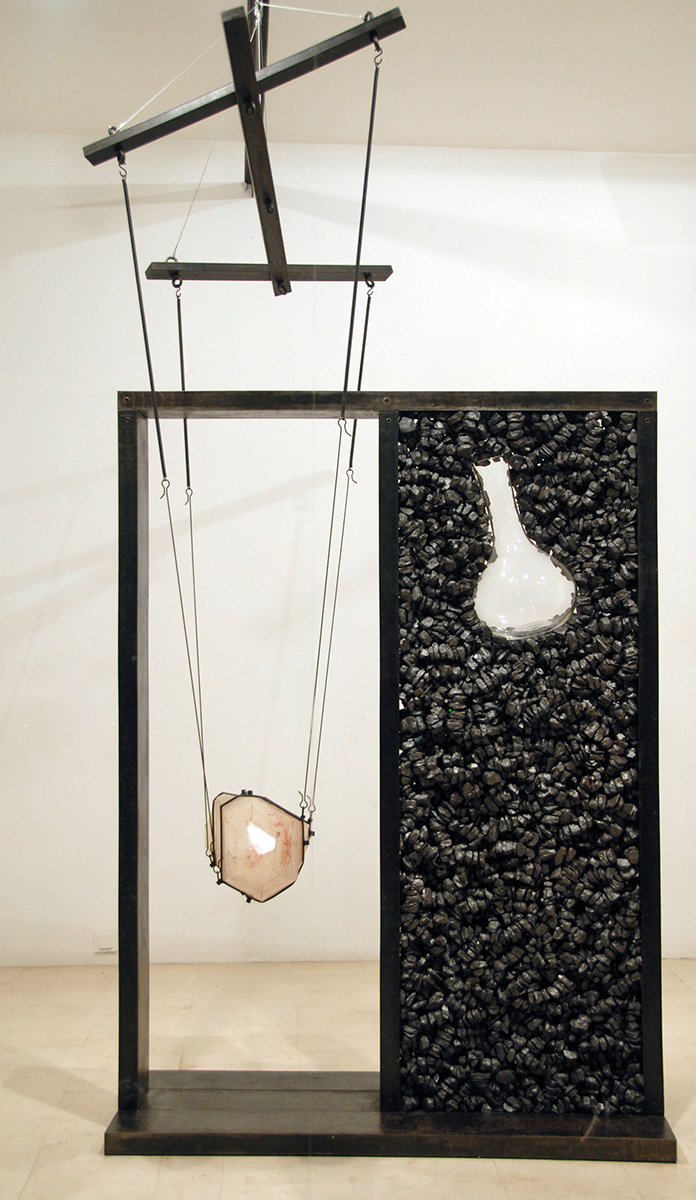 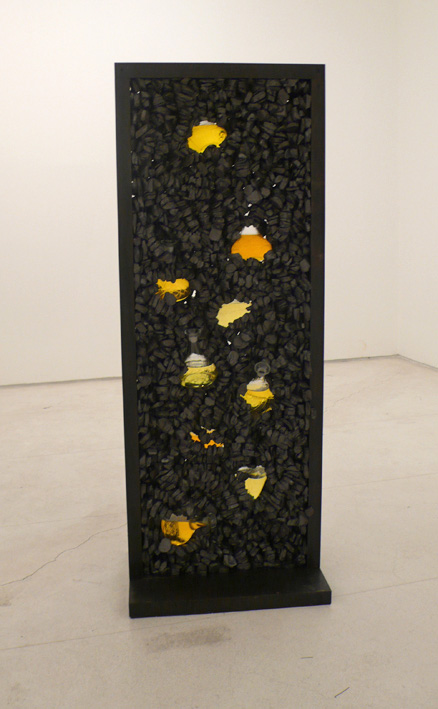