The Palíndromo incesto threads meet huge needles, thimbles and the invisible presence of magnetic fields. What one can see and what is invisible are equally important. The allusion to the mandrake gardens was part of the initial project. The real scale is the representation of an imaginary scale – as a big trophy – but the analogy is also true in the opposite direction, as the boy by the seashore described by St. Augustine. The imaginary looms. The sea fits in the thimble. Three large thimbles covered by magnet pieces are interspaced with three large embroidery frames. The frames are suspended by the support of the long strand of copper wires that run through all the work elements and pass three times through the room ceiling. Three big needles rest attached to wire strands here and there, as discrete protagonists. A thin copper layer spreads through some elements. 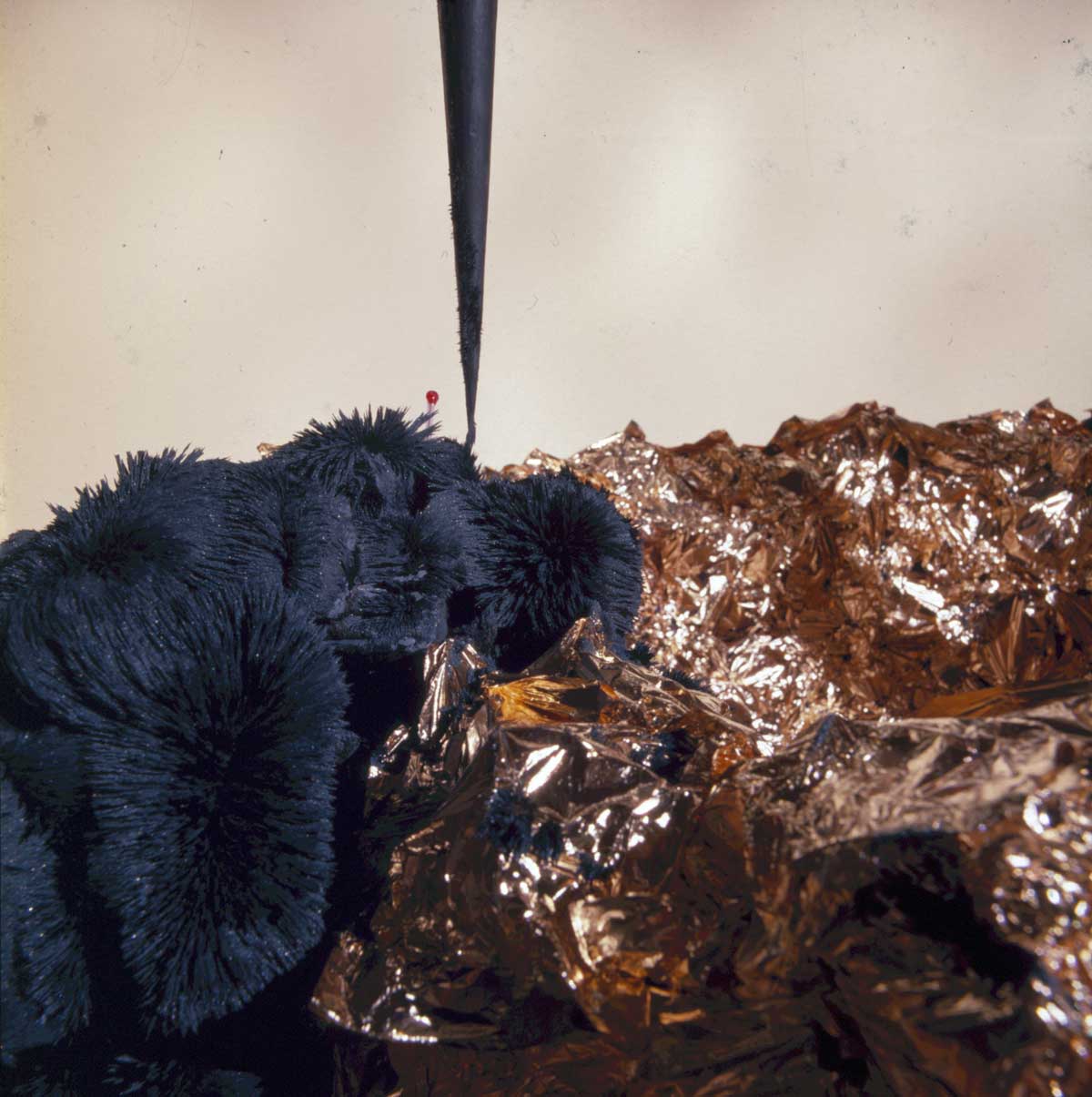 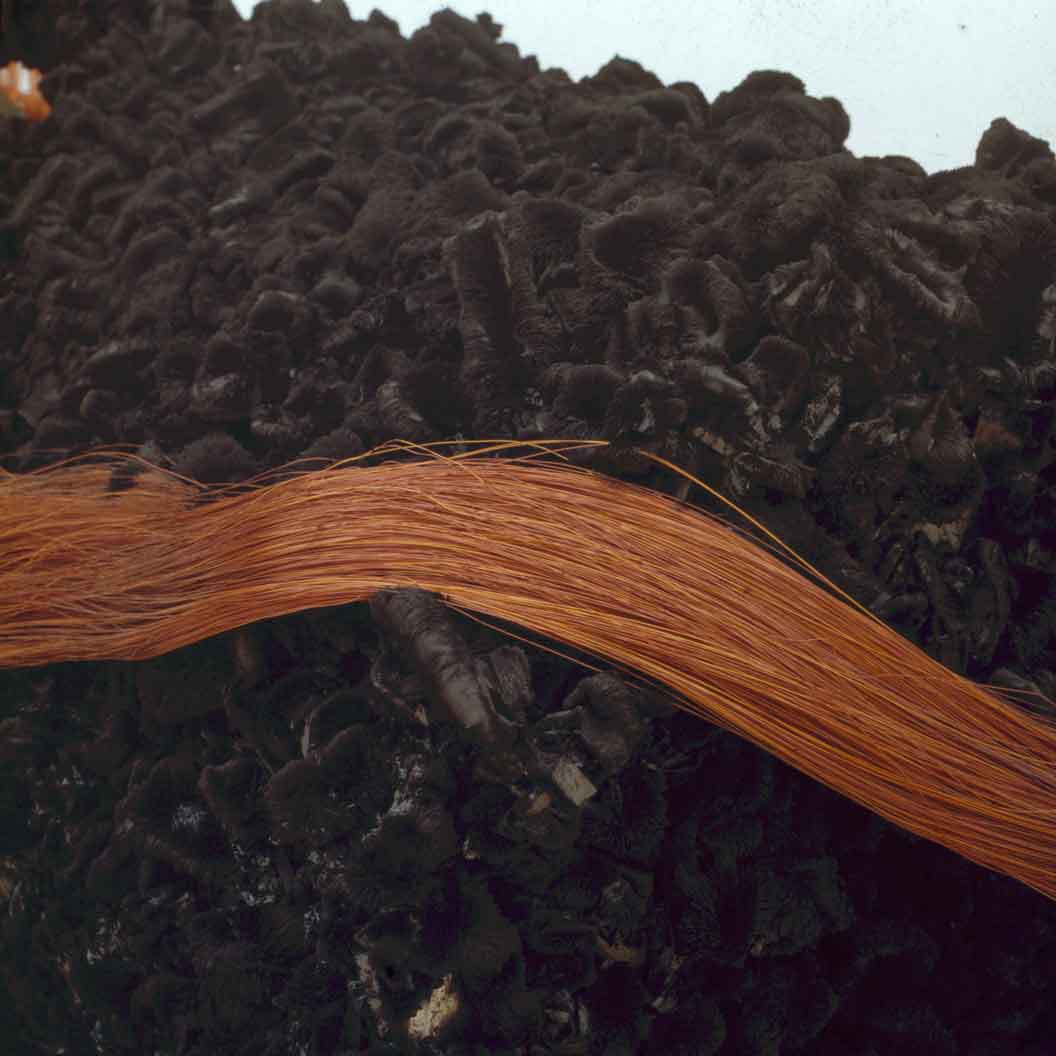 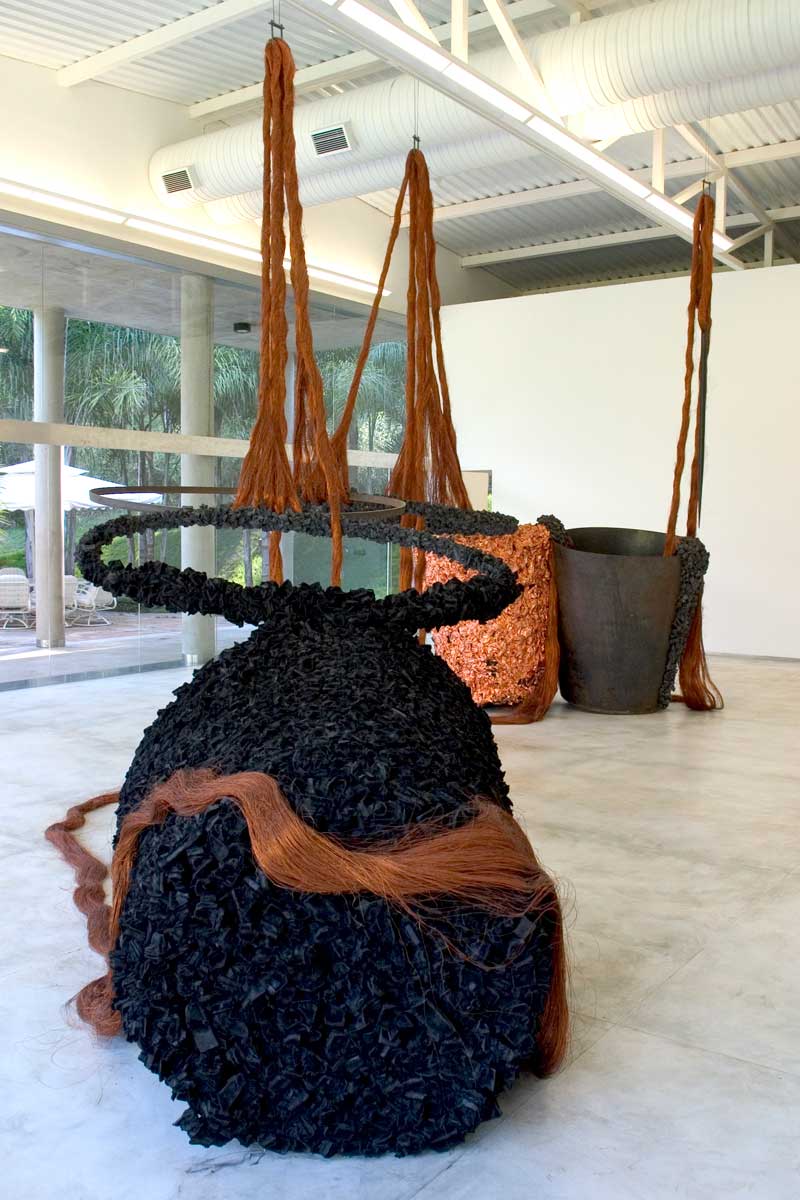 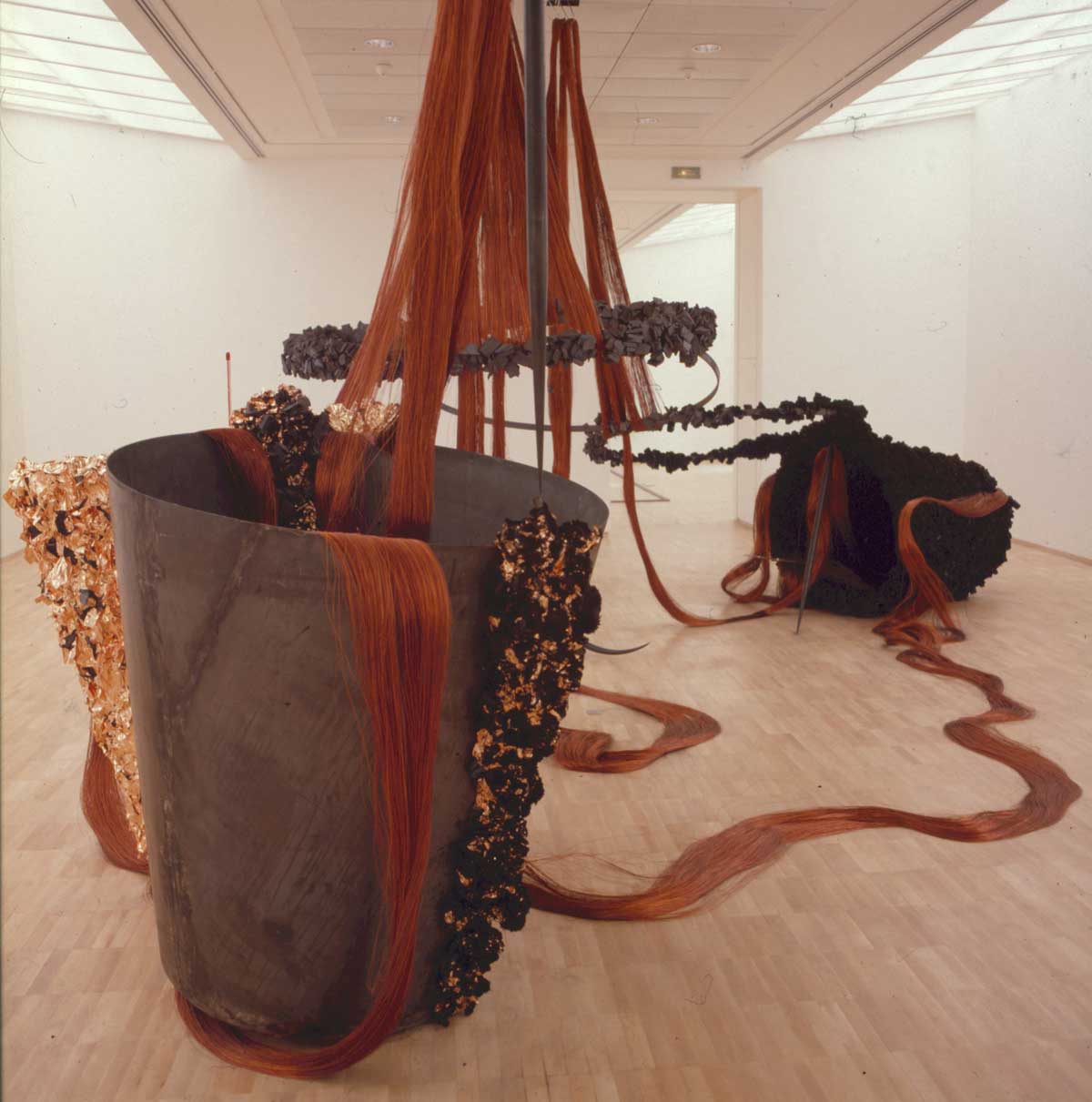 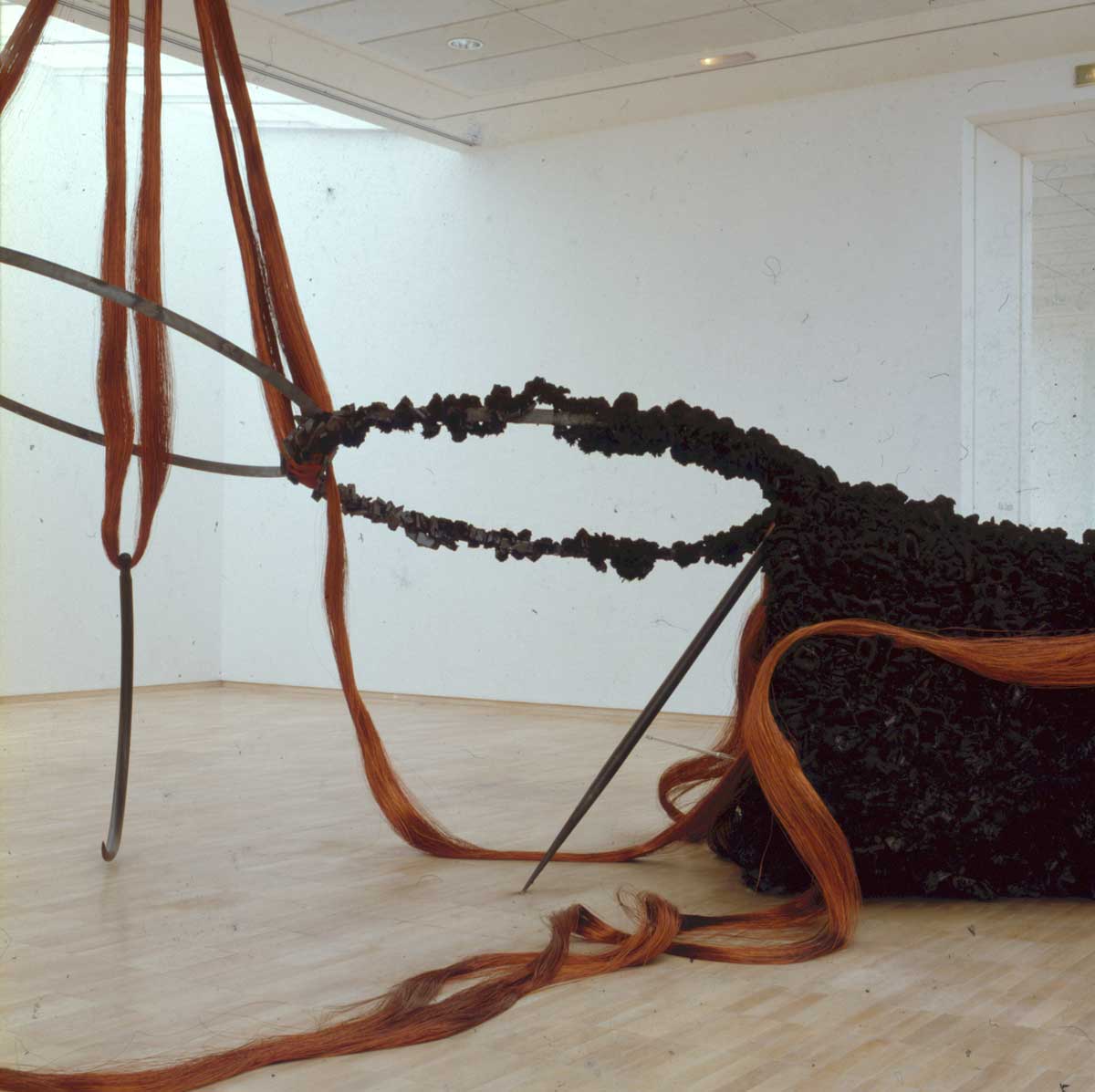 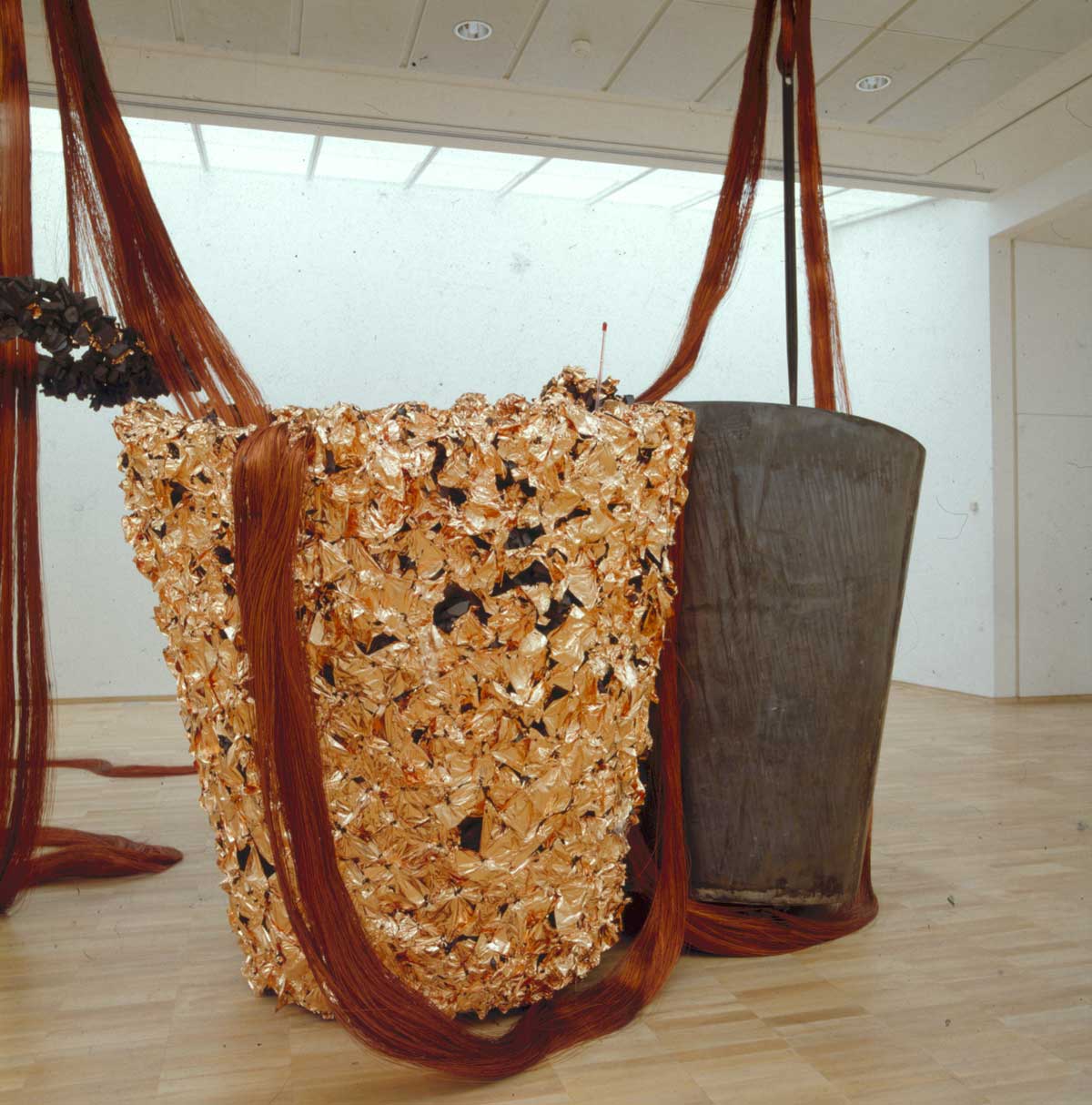 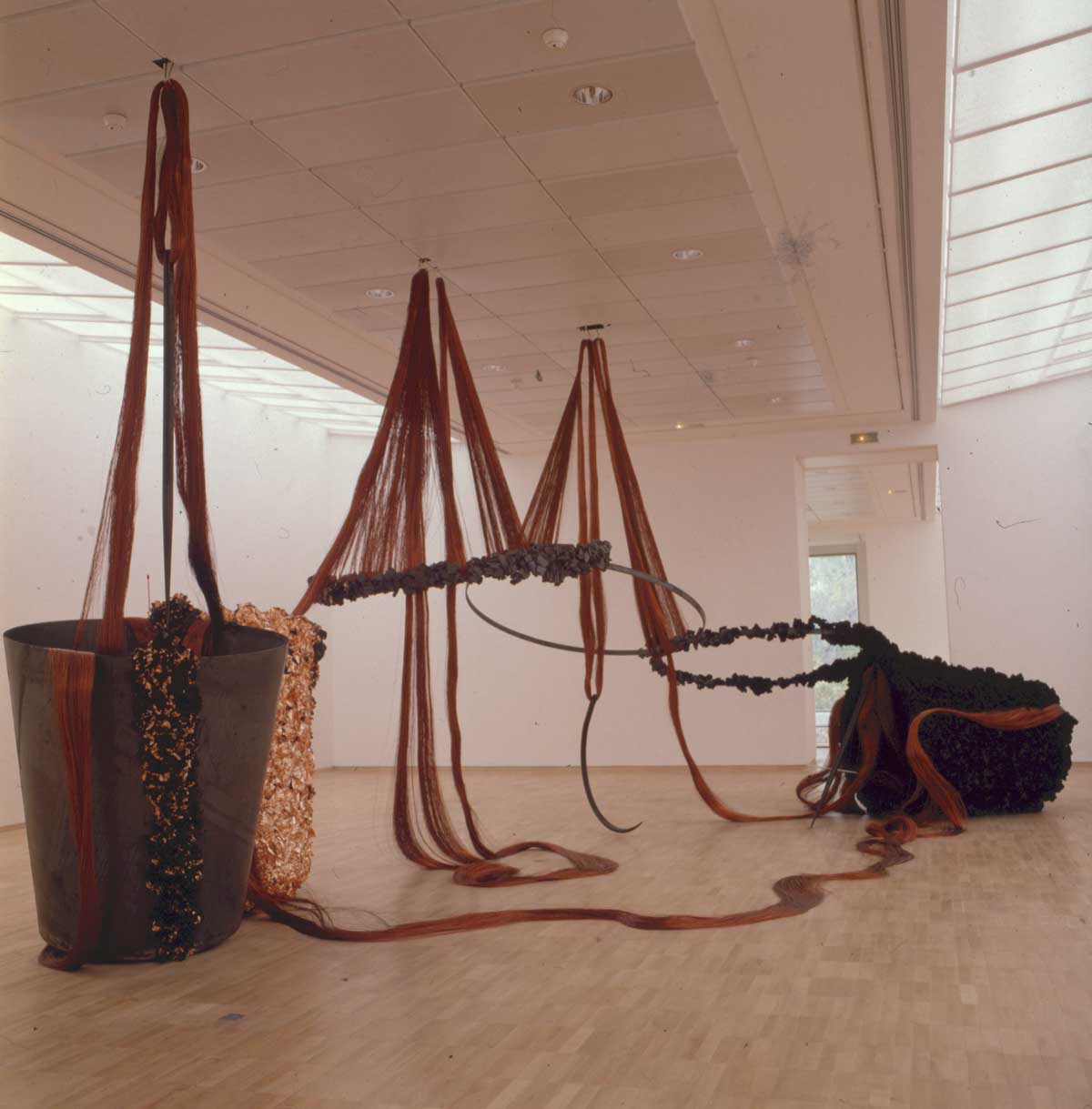 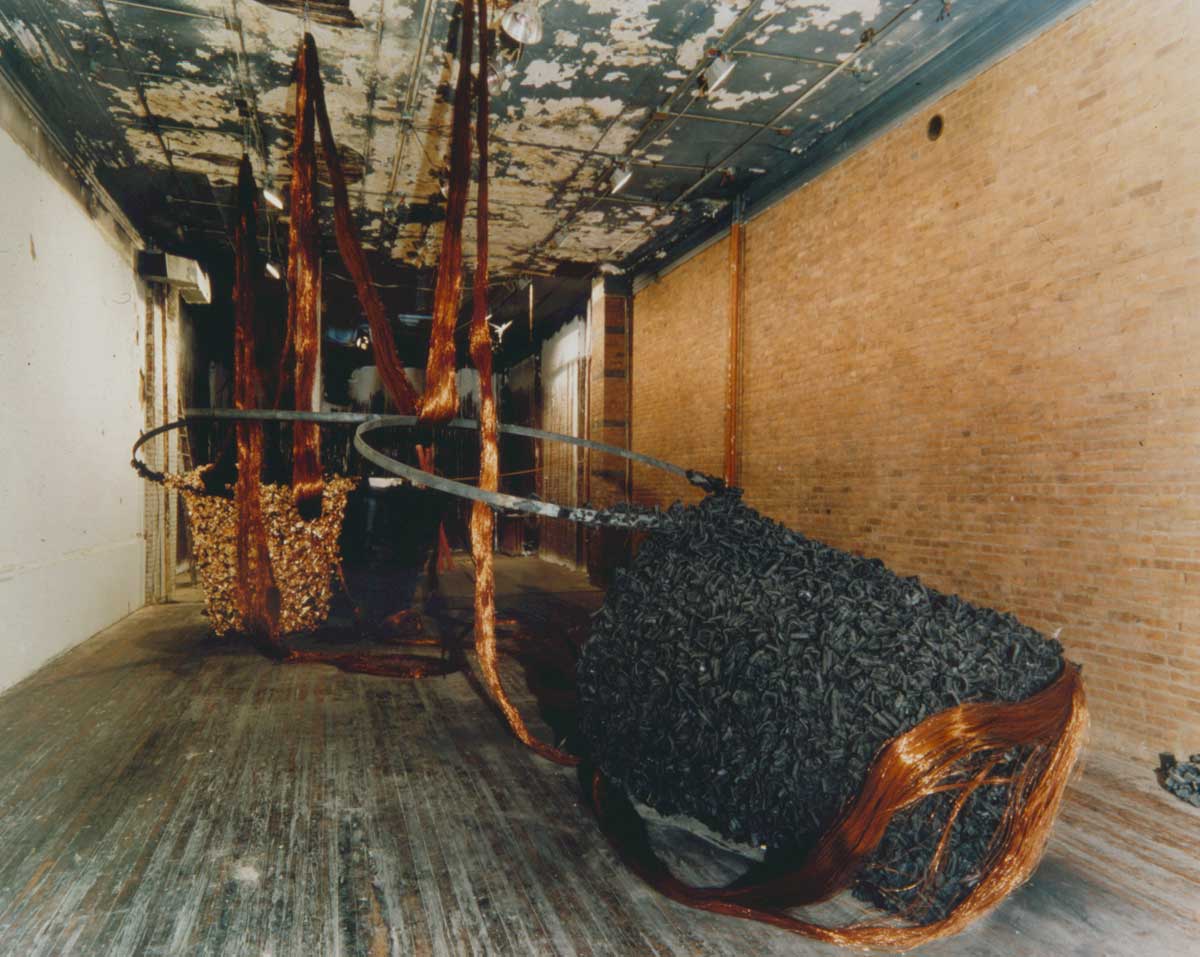