Works carried out with groups of magnets. They are anisotropic  ferrite magnets type, broken in several sizes or rectangular blocks. The magnets attaches strands of wire, bring the glass bottles together, hold iron pins and fillings to serve different continents.

This work follows a path between two cast-iron teeth suspended from the hall ceiling and a set of teeth installed on the floor with broken magnets. One of the hanging teeth is inside a transparent tank while the other is at a distance, placed on an iron sheet. Electrolysis is introduced inside the tank where the tooth bathes. The copper sulfate and sulfuric acid solution has a bluish tone and this process gradually colors the tooth’s black iron into rosy tones until it reaches the reddish ones. The tooth, a premolar, hangs by copper wires from its own root. These wires, like nerve connections, are extended through the ceiling until they connect with the other tooth’s root. Between the tooth inside the tank and the one outside it there is an extensive floor occupied by a configuration of twelve teeth installed with magnet pieces. The copper wires that come out of these teeth’s roots are extended until they reach the tank. One of which is displaced from the radial formation as if drawn by the big iron tooth that hangs outside the tank on the iron sheet. Iron filings describe the magnetic contact among the magnetic teeth inside the radial formation, as well as between the displaced magnet and the one that hangs. 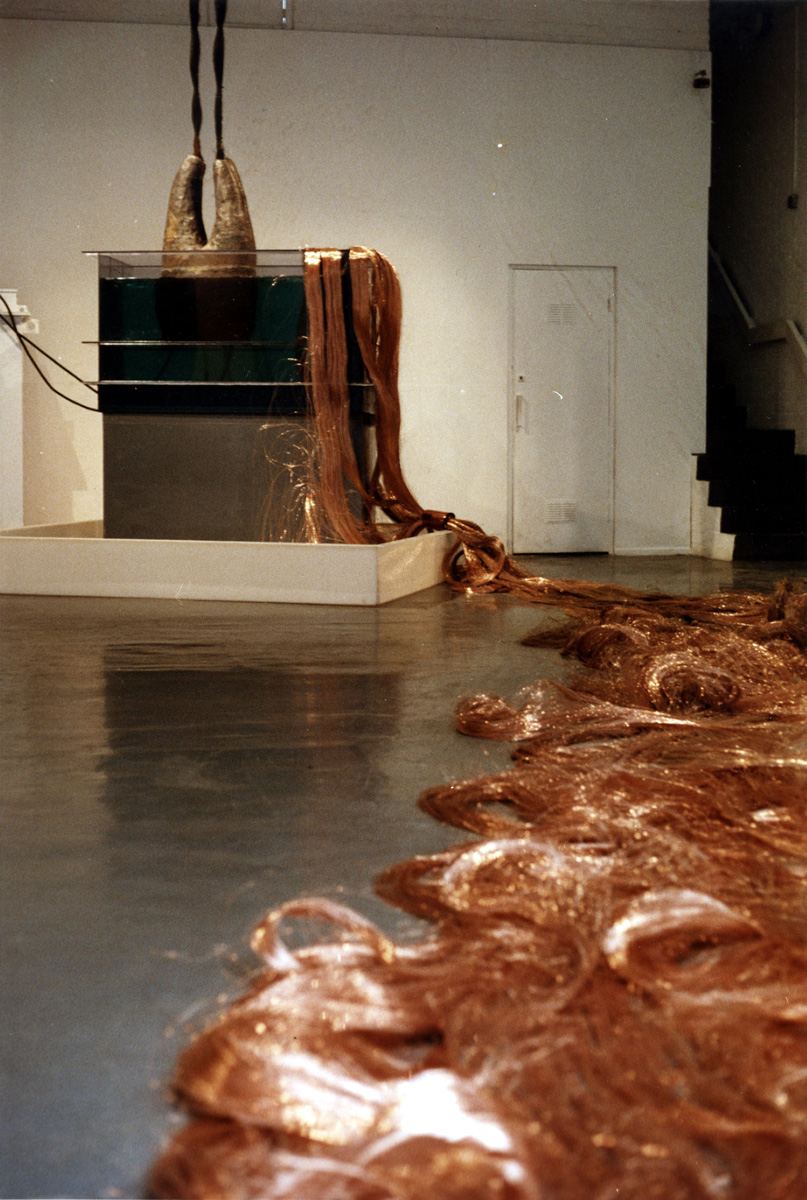 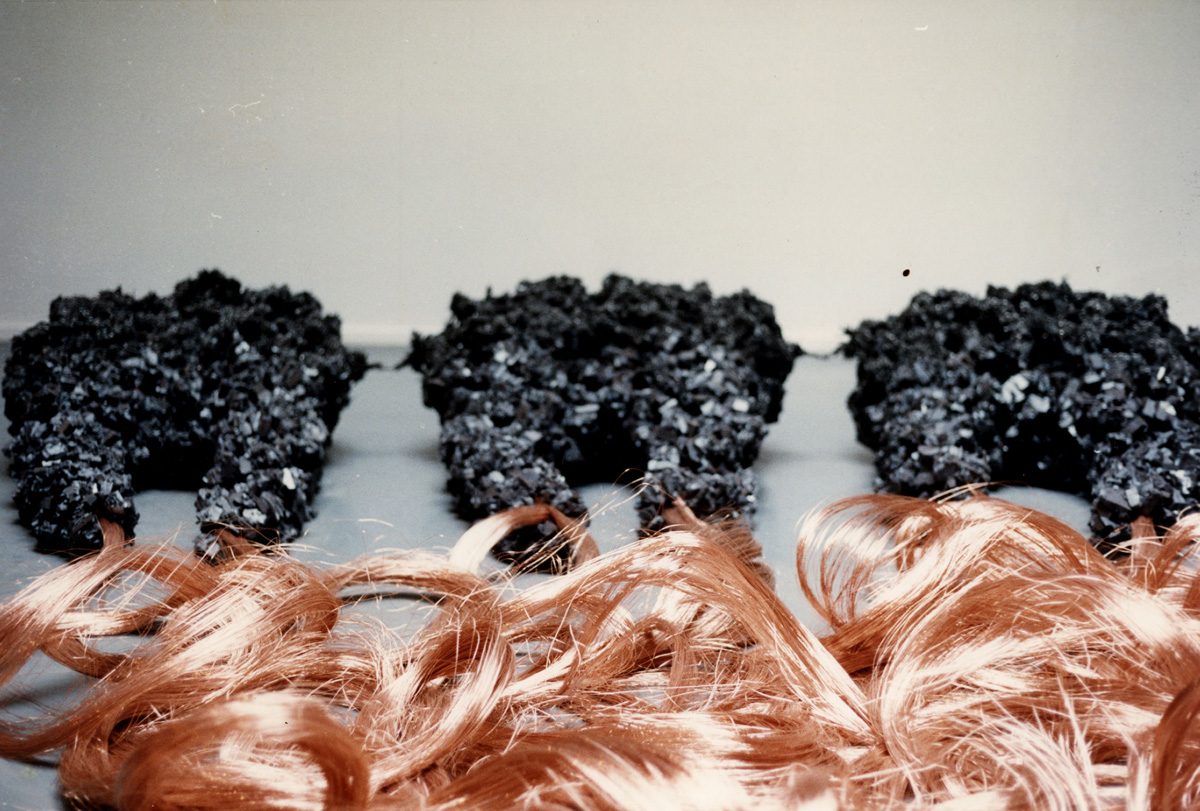 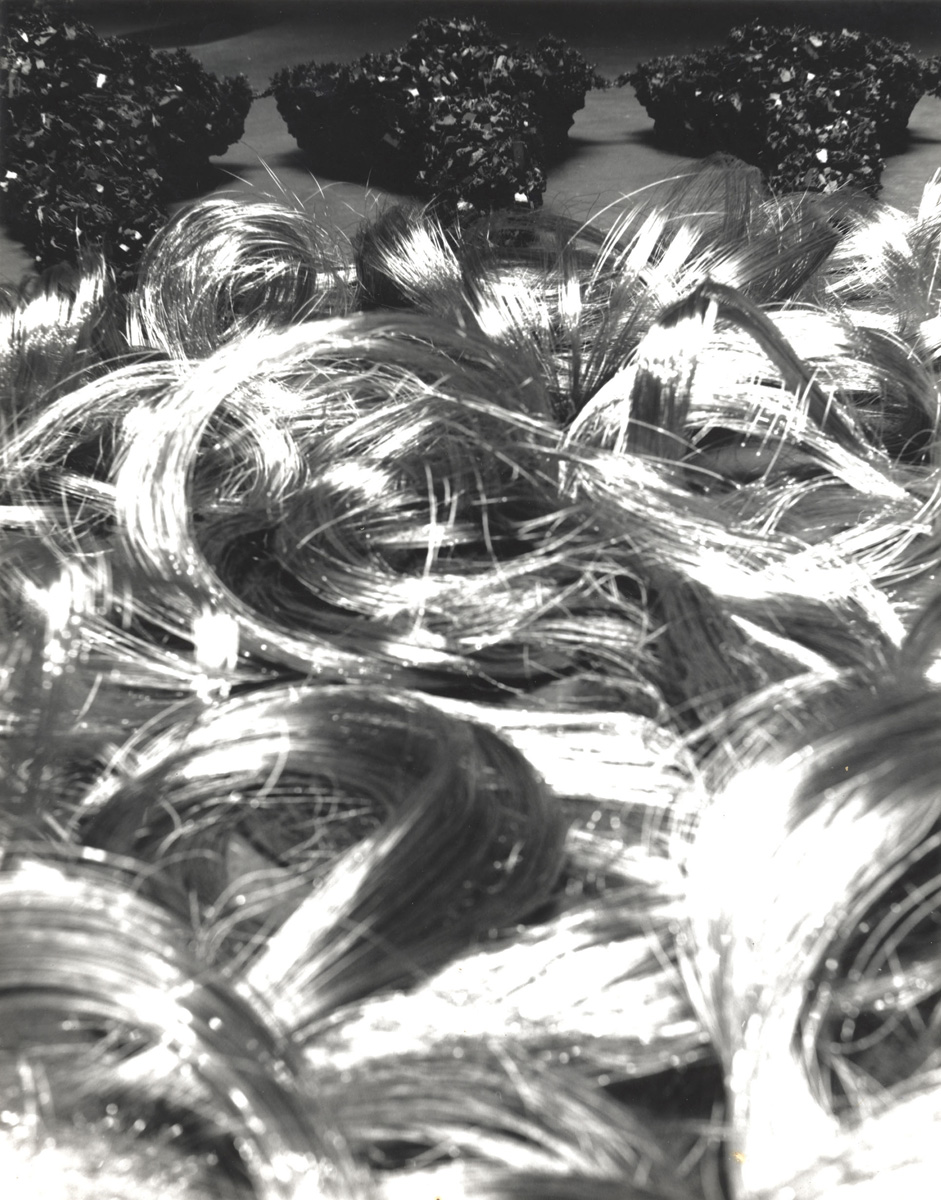 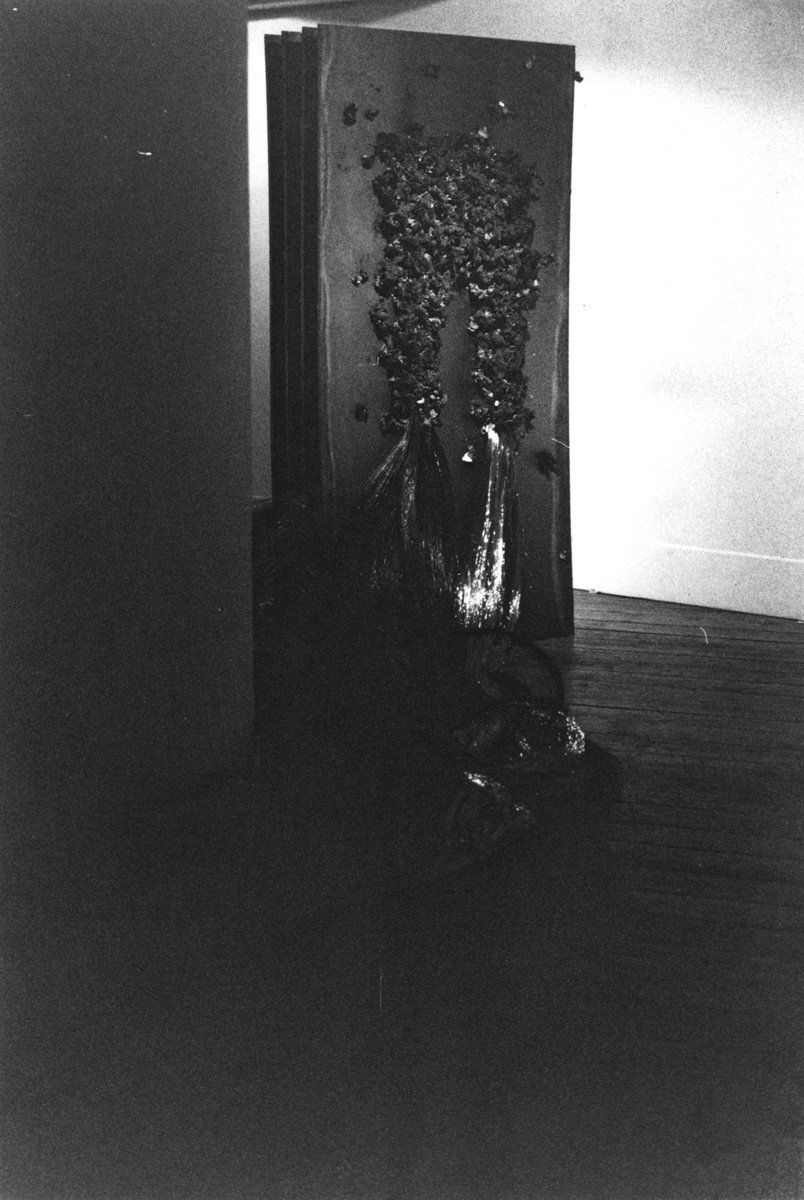 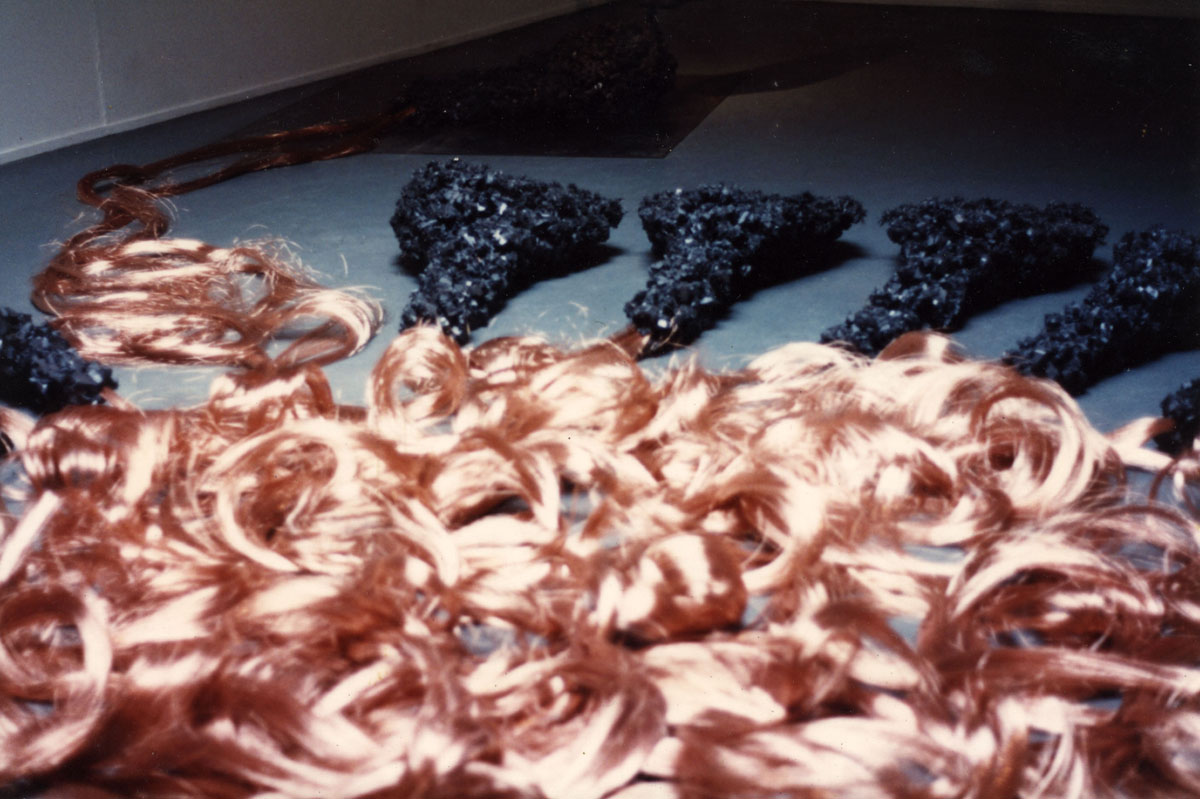 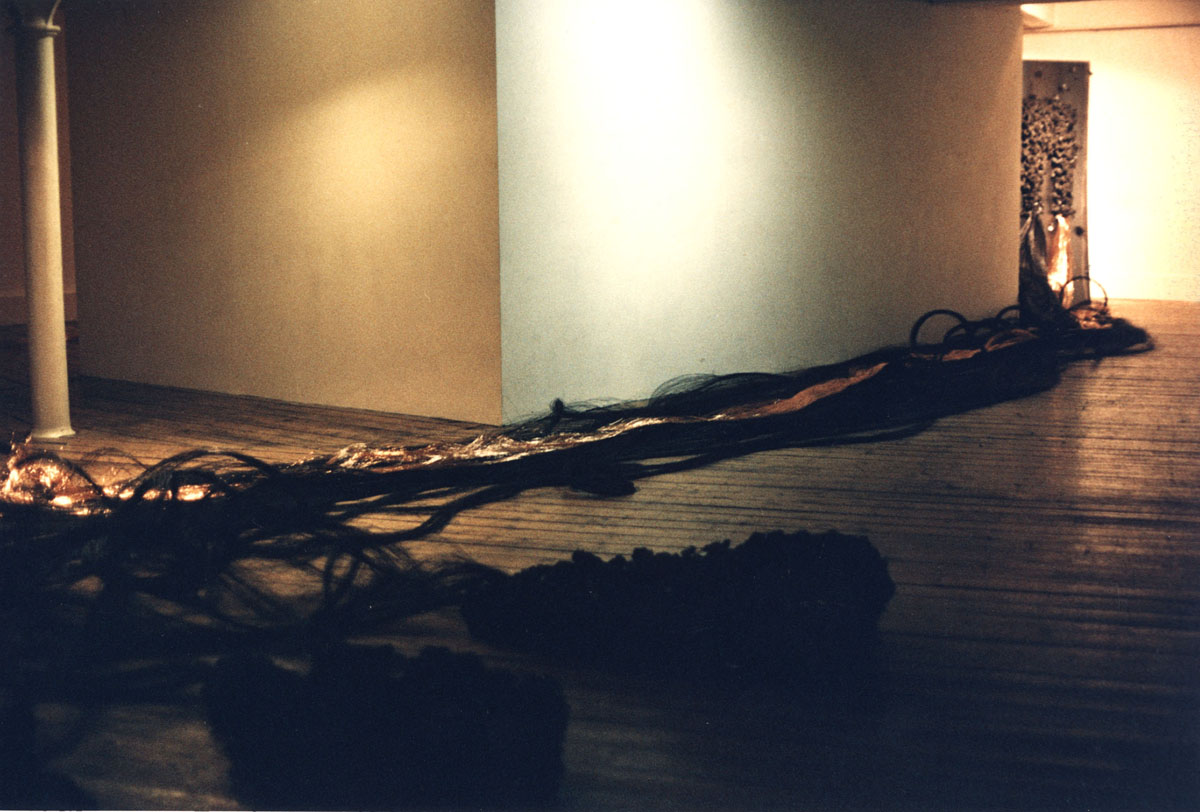 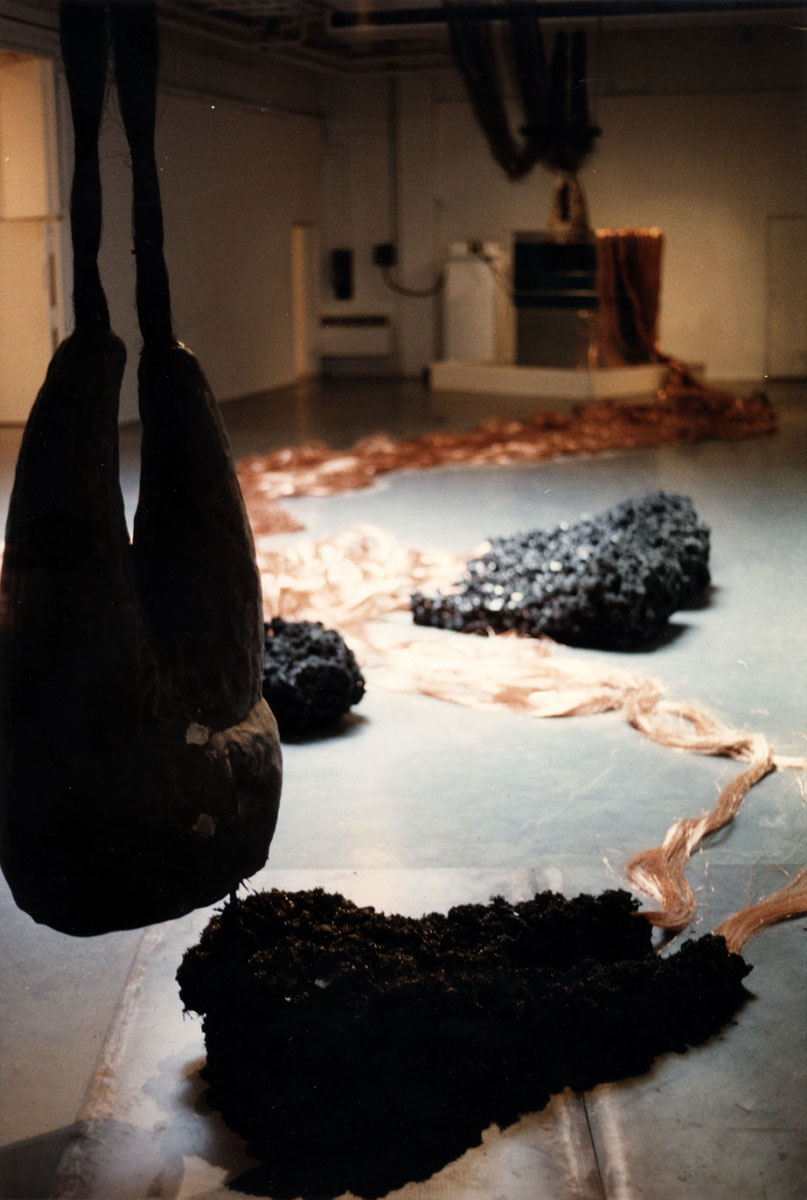 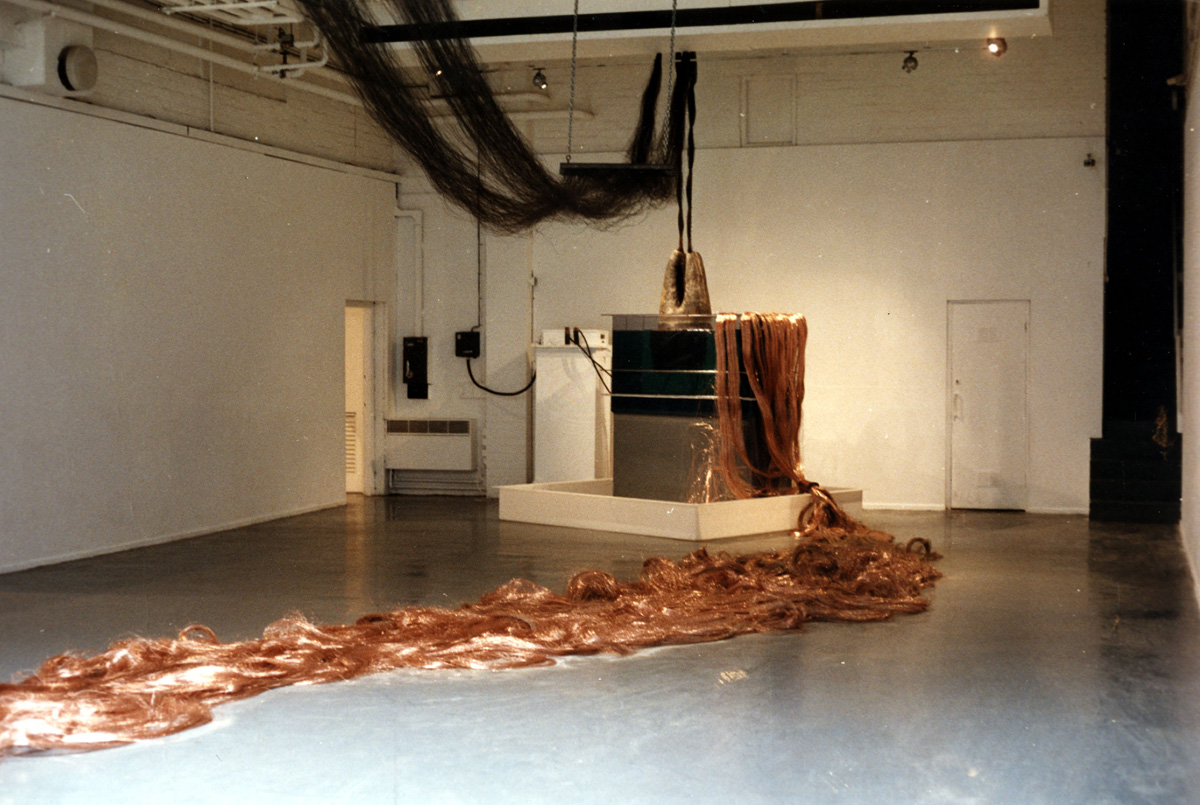 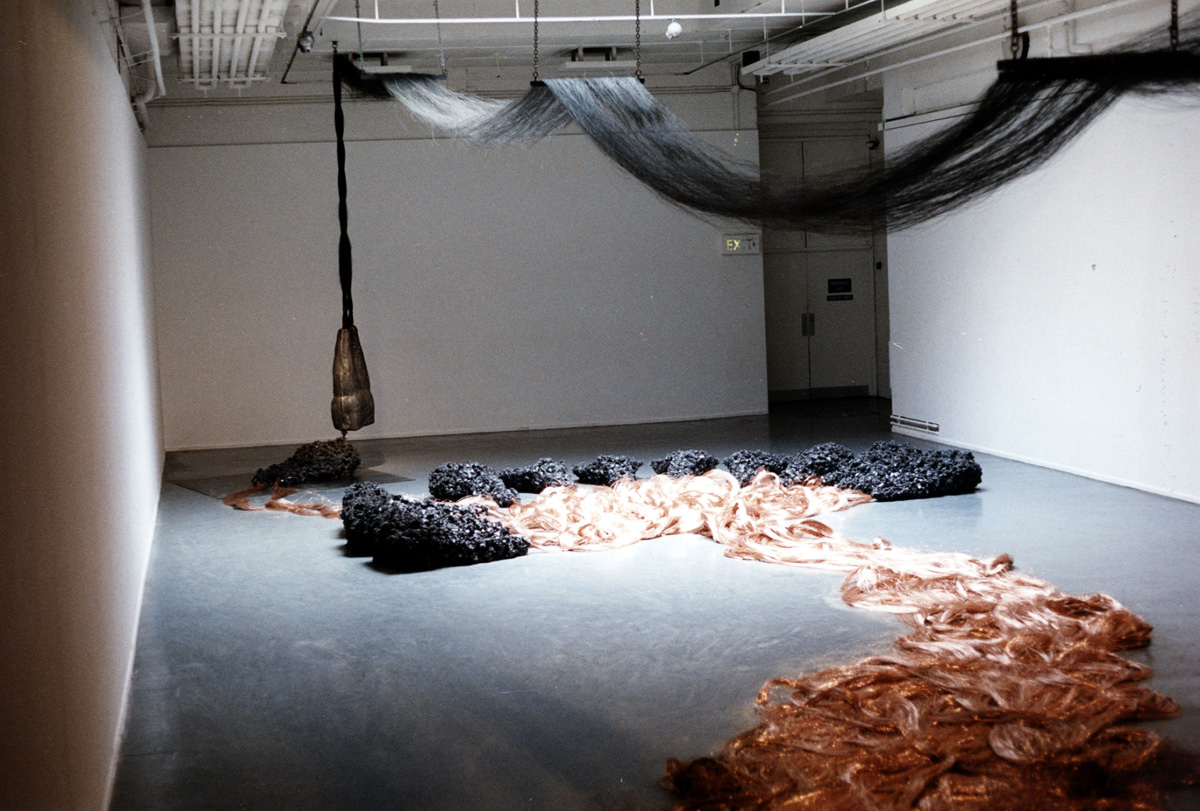 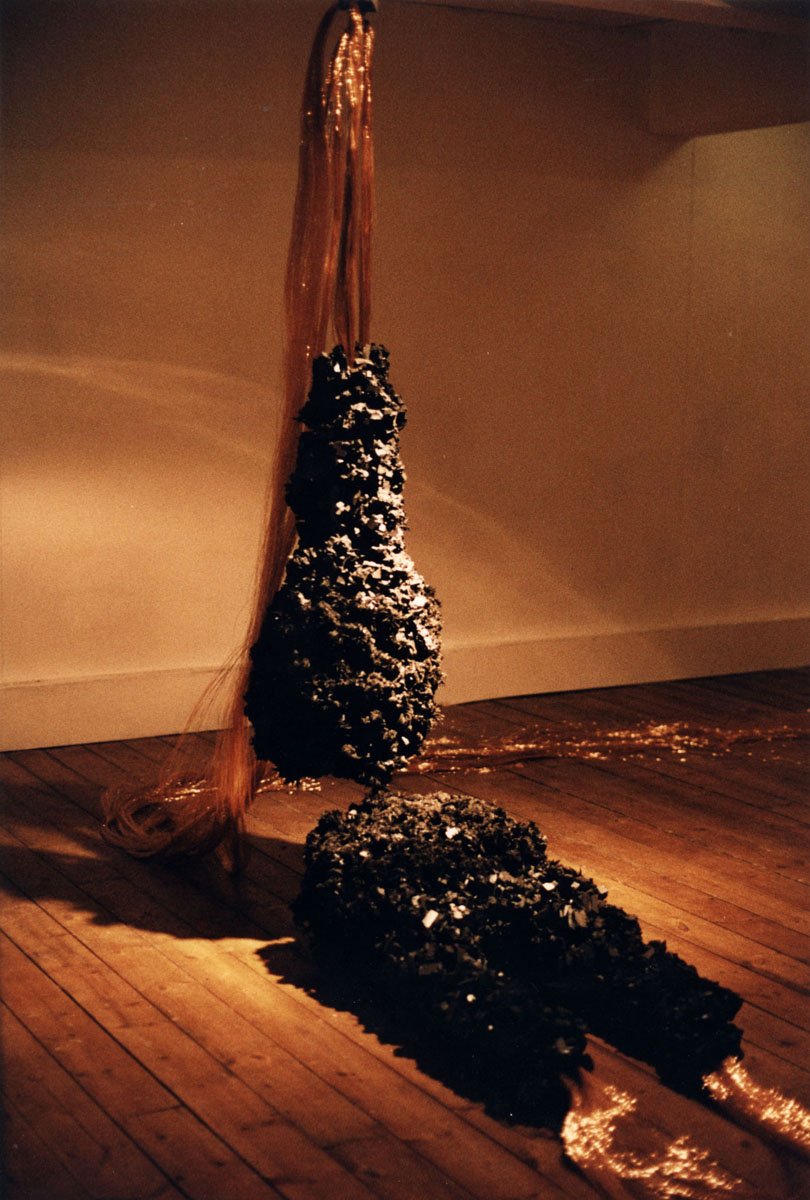 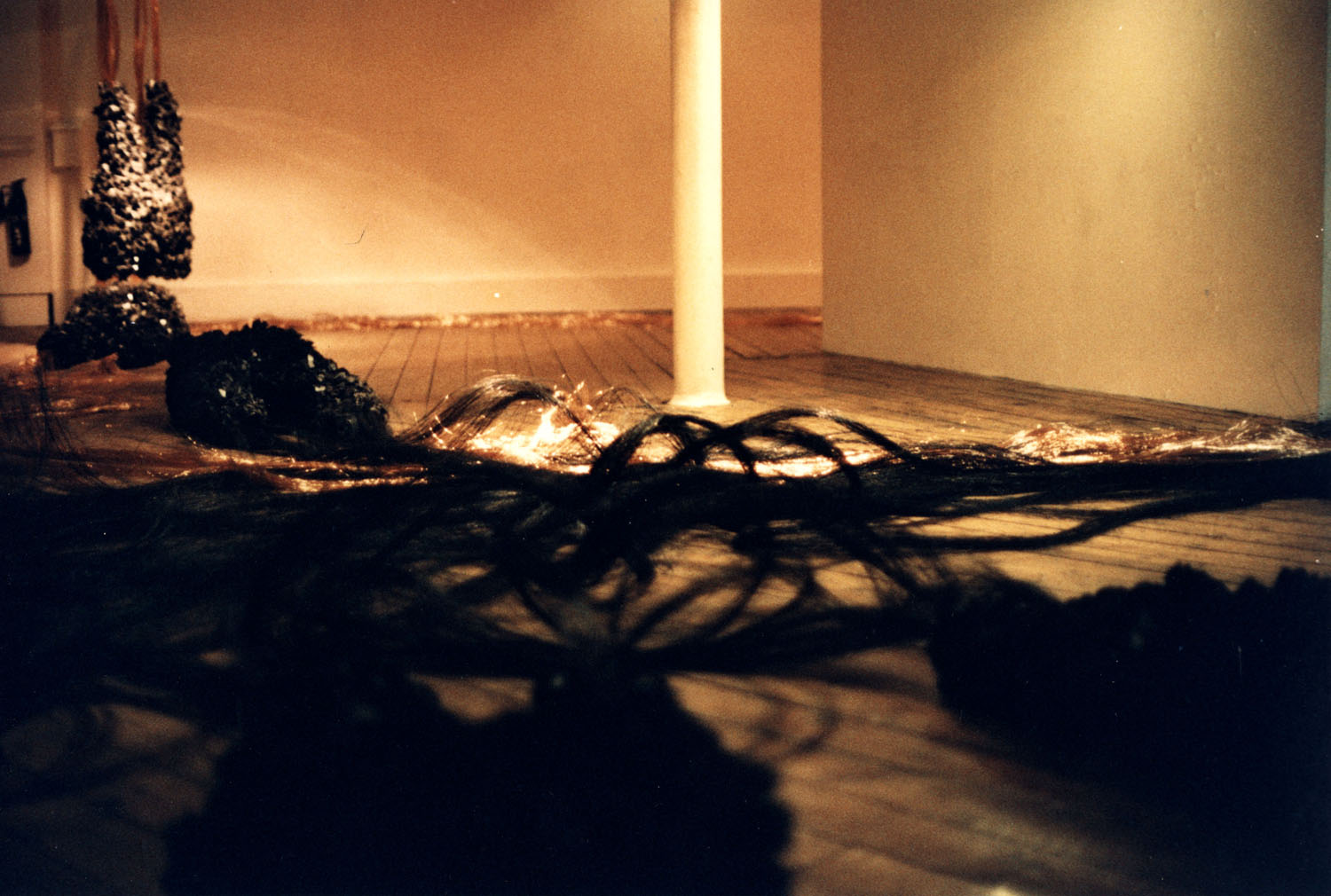 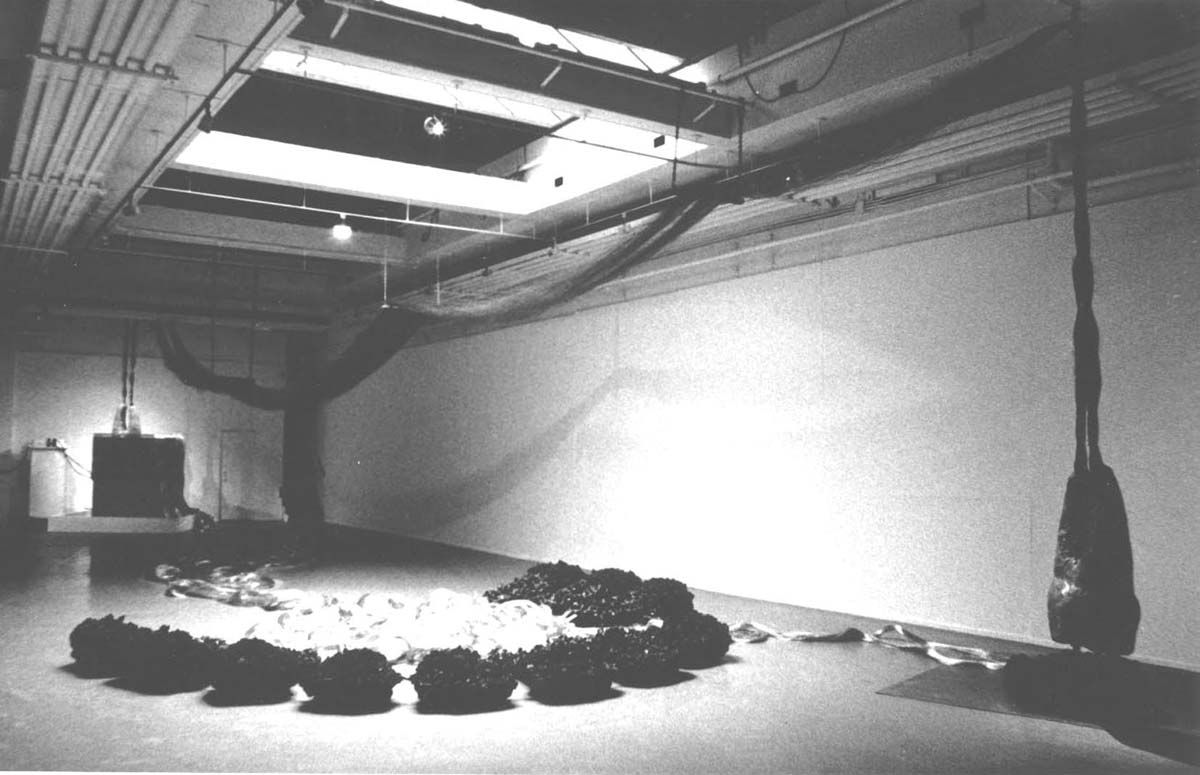 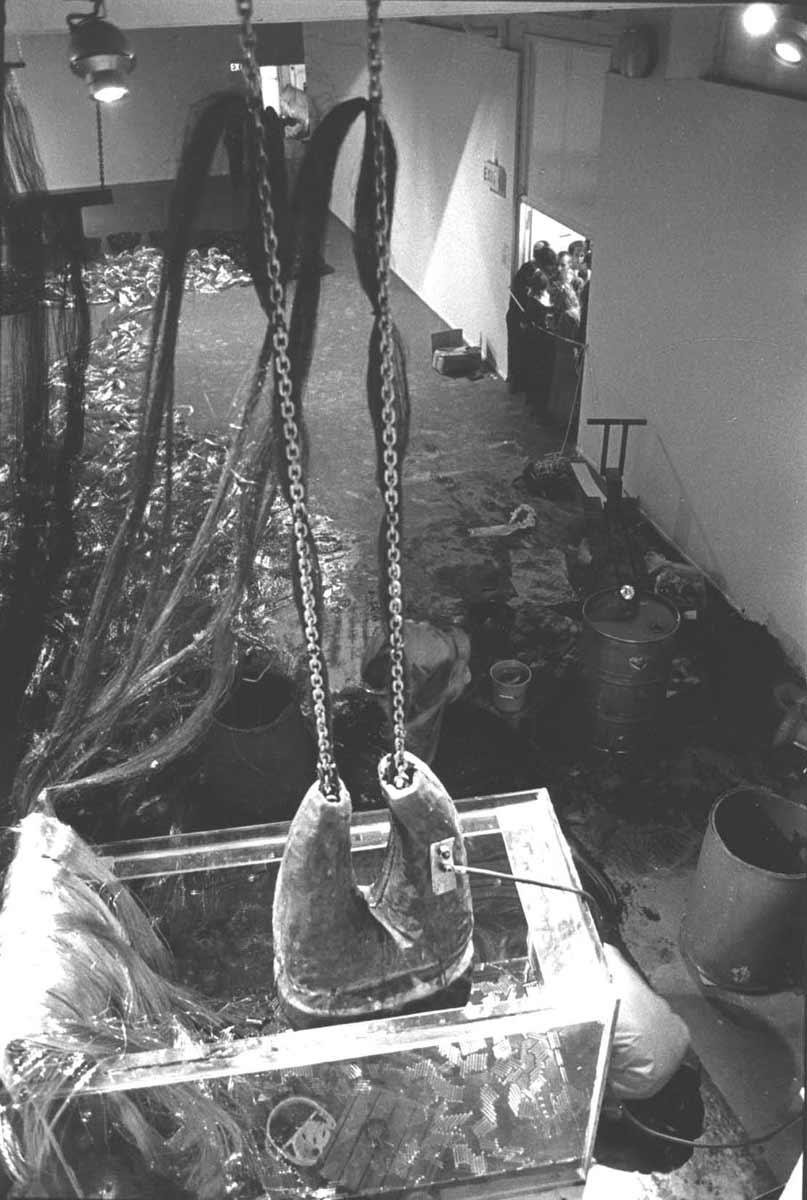