Presented in 1996 as part of the exhibition ‘Transparências’ (Transparencies), at Museum of Modern Art of Rio de Janeiro,  fifty young men dressed with special T-shirts and caps, carry briefcases that would inadvertently open, spilling their contents – mingled elements, sand with jelly and several niceties . This provoked an anxious aspiring astonishment in their suitcases.

Breathing is once again represented by a void. Not the mouth’s but the lung’s. As in Heaven ‘s Hell/ Hell ‘s Heaven, inspiring is associated with getting into the lungs and expiring with getting out of it. The men removed pearls, seeds, thermometers from their pockets, read Shakespeare’s ‘The phoenix and the turtle’ for the audience as a poetic greeting. And, in practice, they were obstructing the people’s passage as if transforming the exhibition hall into a dilated lung full of air.

Perhaps, being astonished would be associated with revealing the content of the empty lung, making it audible or even visible like the briefcase after the contents were dumped.

In the days that followed the performance, sprouts from the pumpkin seeds grew out of the soil scattered on the ground. 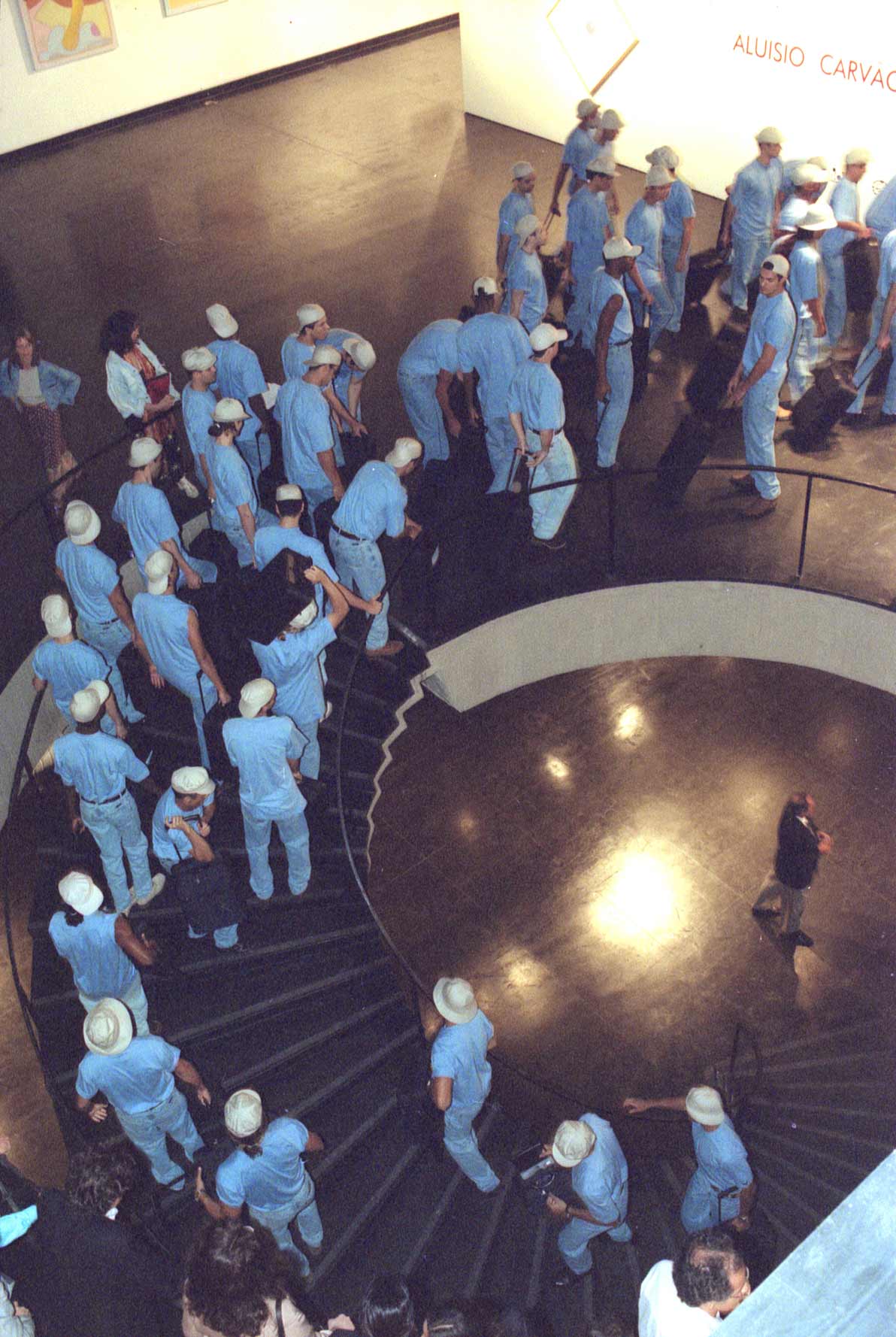 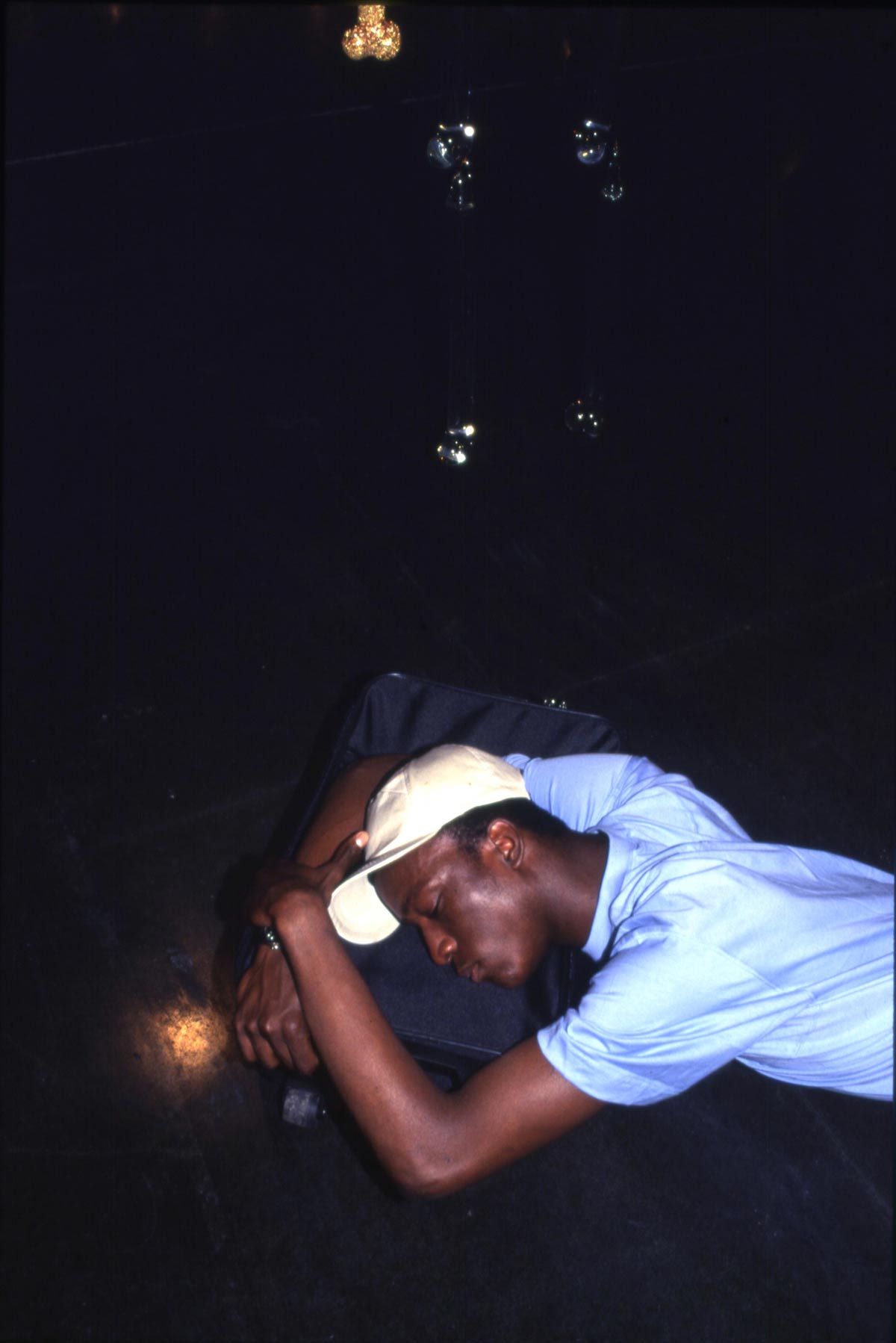 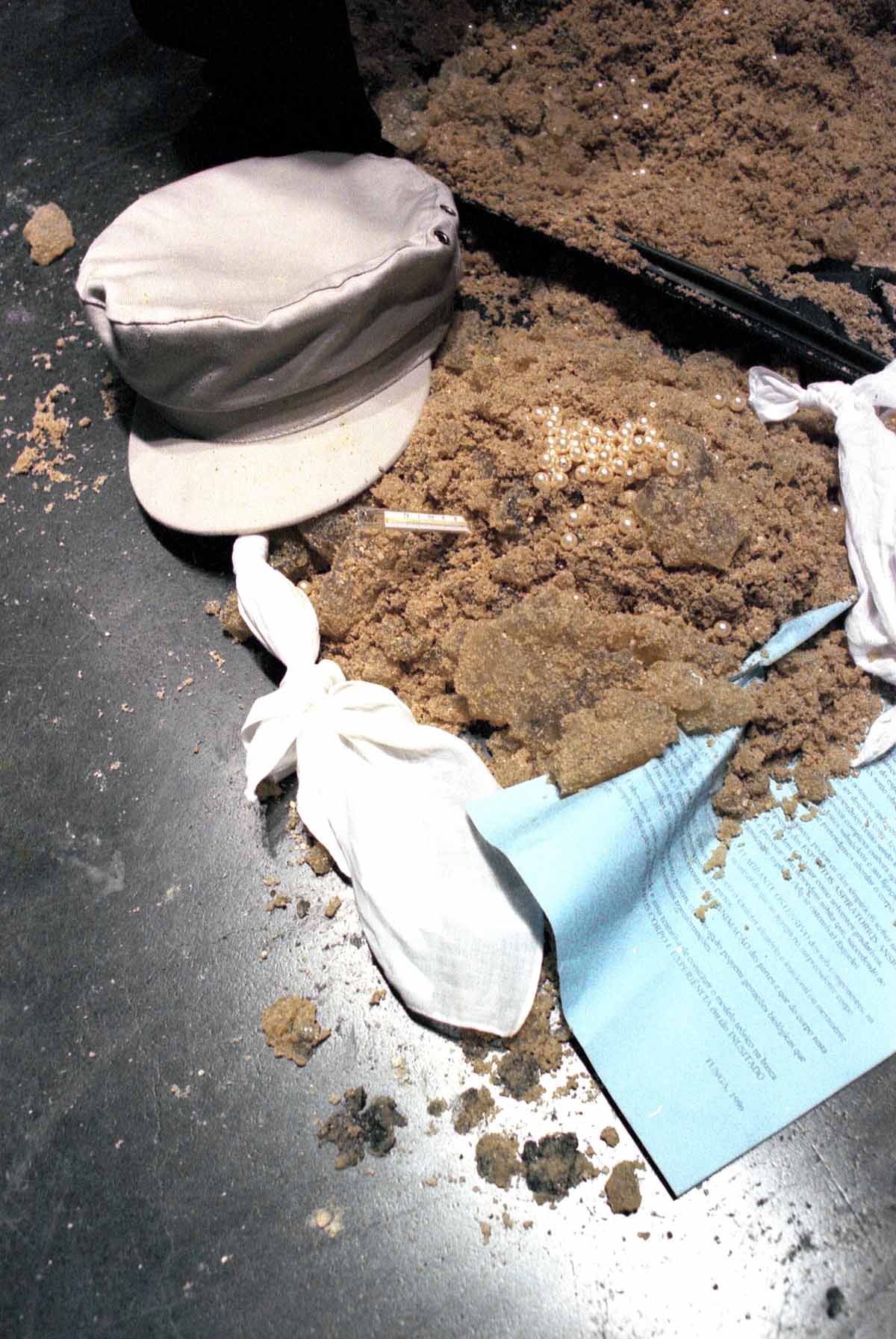 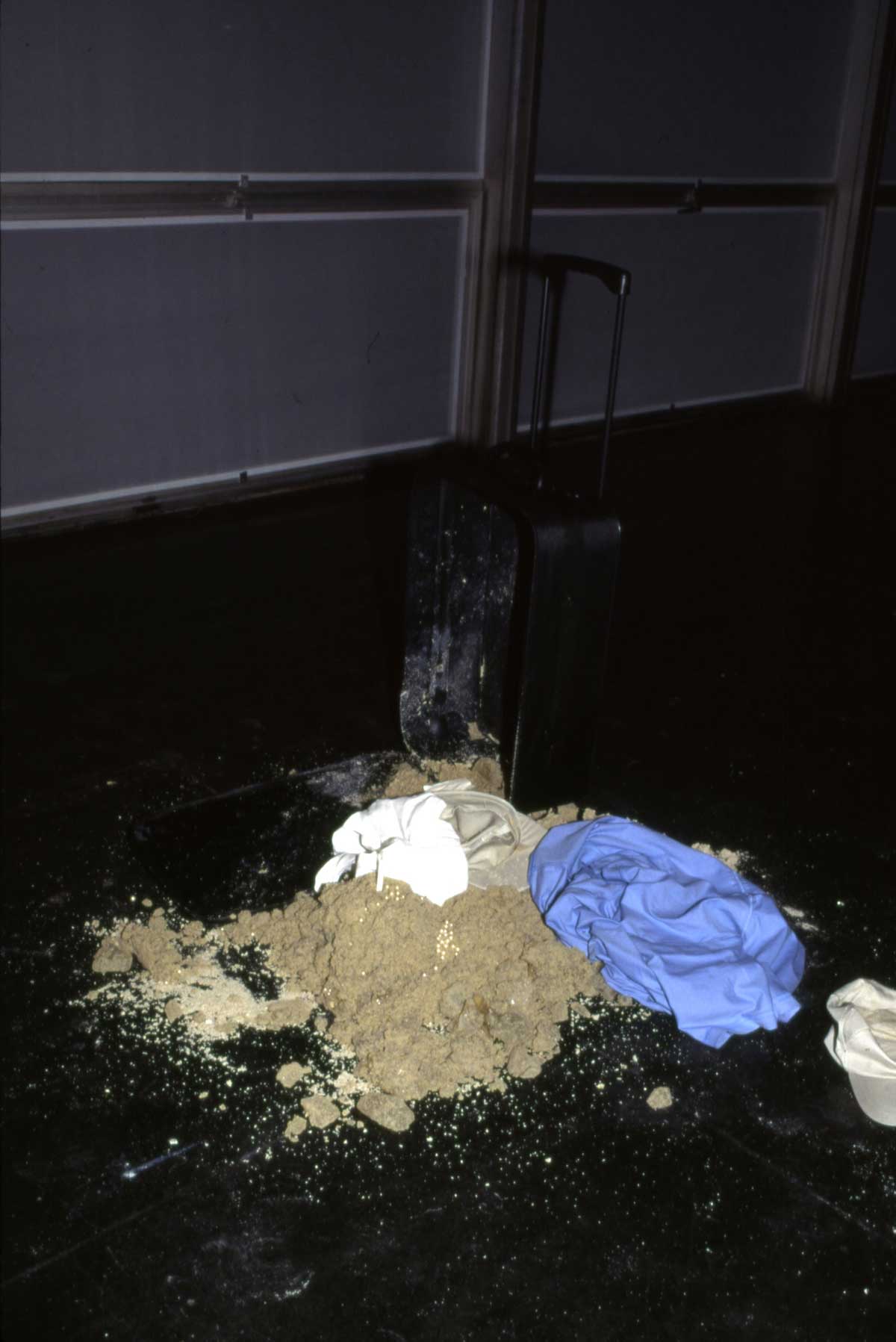