Some snakes, after being sedated, are braided. The performance consists to follow the unbraid of the snakes as the sedative wears  off. The sedative used was ether. Coincidentally the ether is related to the aether from the same void that we associate to the space that the classical sculpture will occupy. The snake inhales the void, falls asleeps and awake braided. 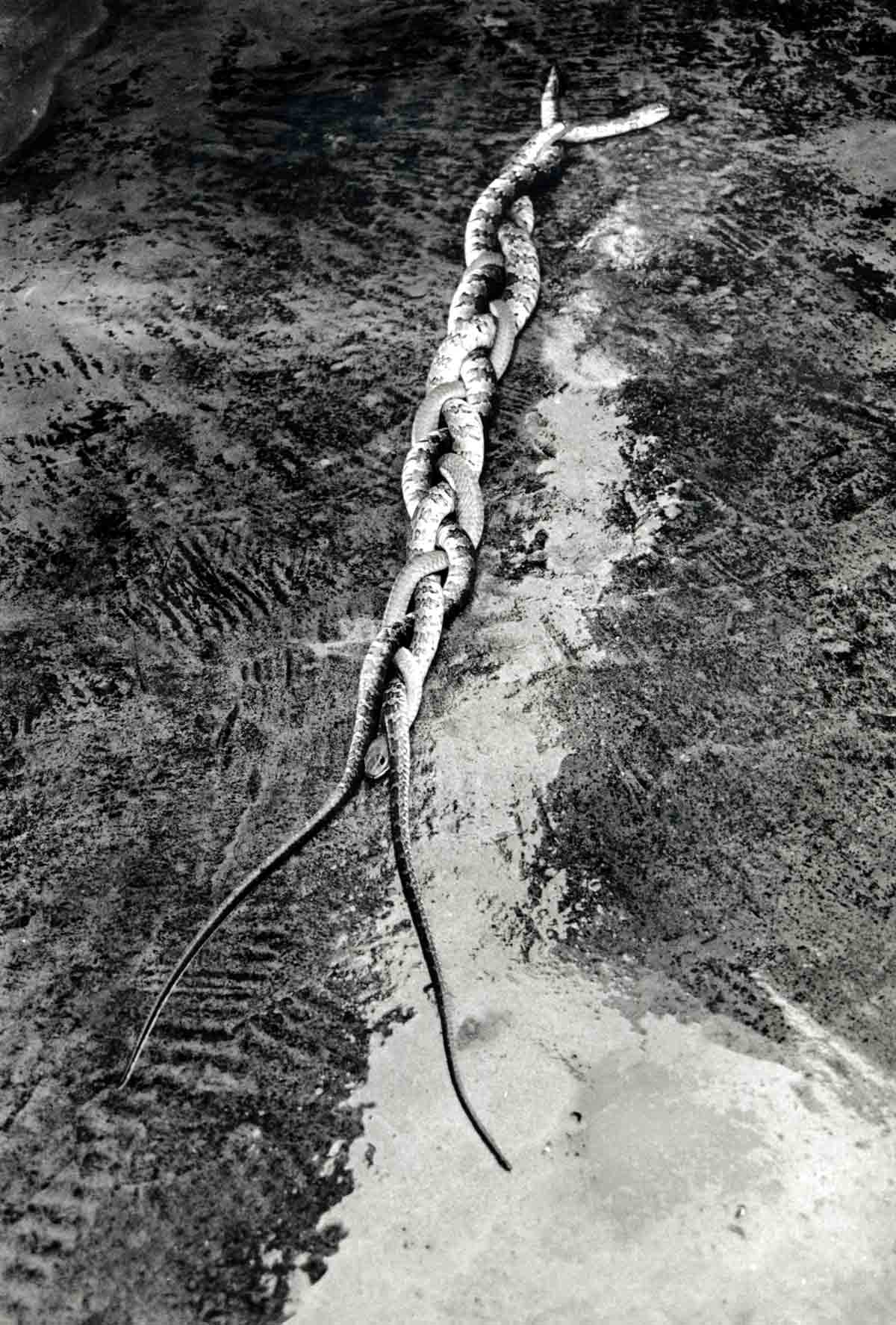 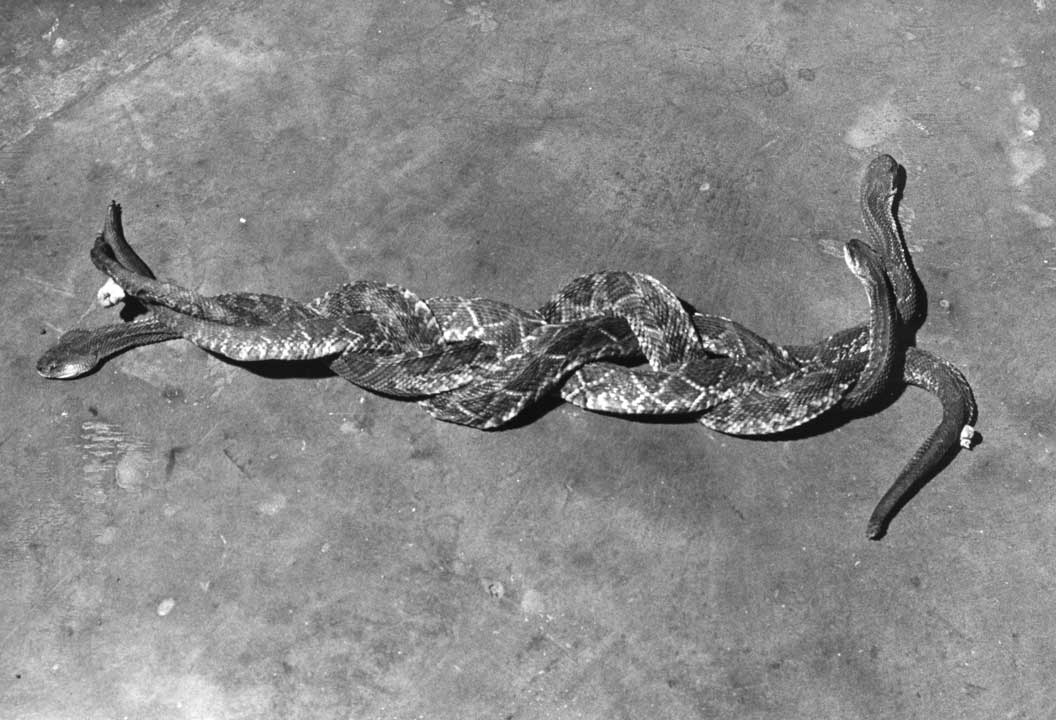