Invited by the Louvre in 2004 to do a work for temporary exhibition , Tunga decided to use the space on the pyramid where all visitors arrives . The work is hanging at the tip of a cantilever . Place originally designed to receive the marble Victory of Samothrace .
The focus is a headless skeleton lying on a hammock of twisted metal in tension sustained by huge canes which join as arms in a dance of death, we can see our whole lives pass through the space . Considering the collections of the museum as an ultimate graveyard of civilization , Tunga rummaged through the storage rooms of ancient statuary of different cultures . The collection brings together objects that leave armed words or stories . A cross-cultural universe of signs . Objects that could have been made ​​by any culture at any time . The large sculpture suggests a scale that balances between two worlds collected objects , attached to the seagrass beds at low tide . Sleep character flanked by a waterfall decapitated heads , hair and braids can remember the delight inversely teenager in the book " Dear Friend " where young resting on the rocks of a tropical waterfall . 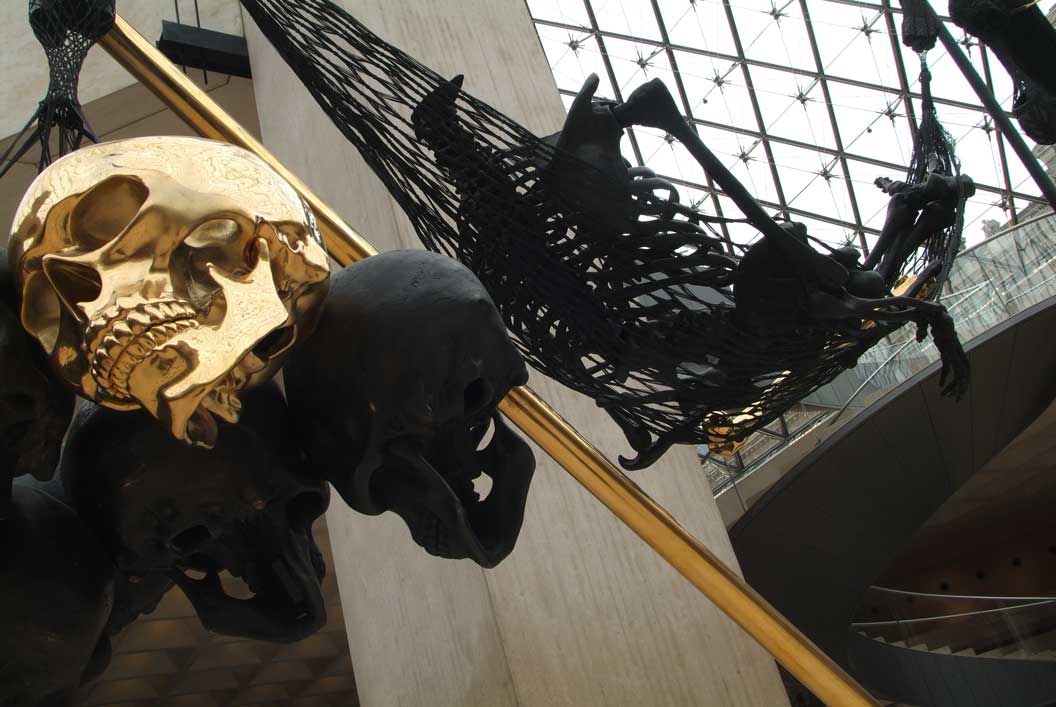 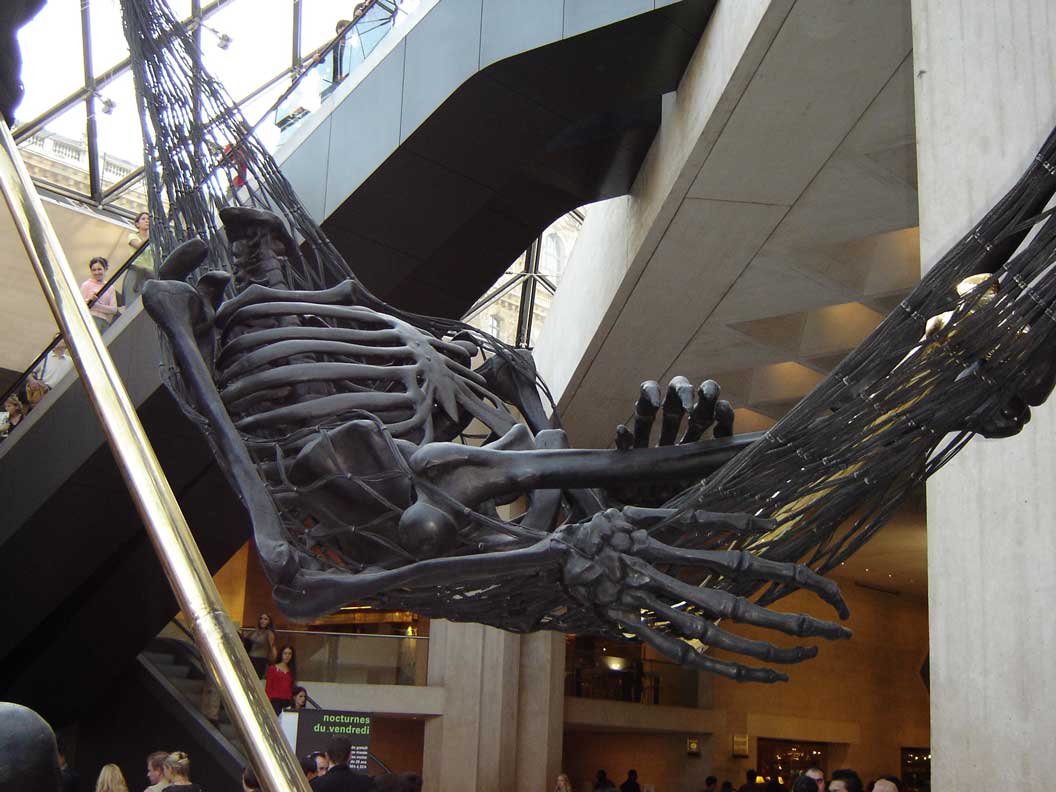 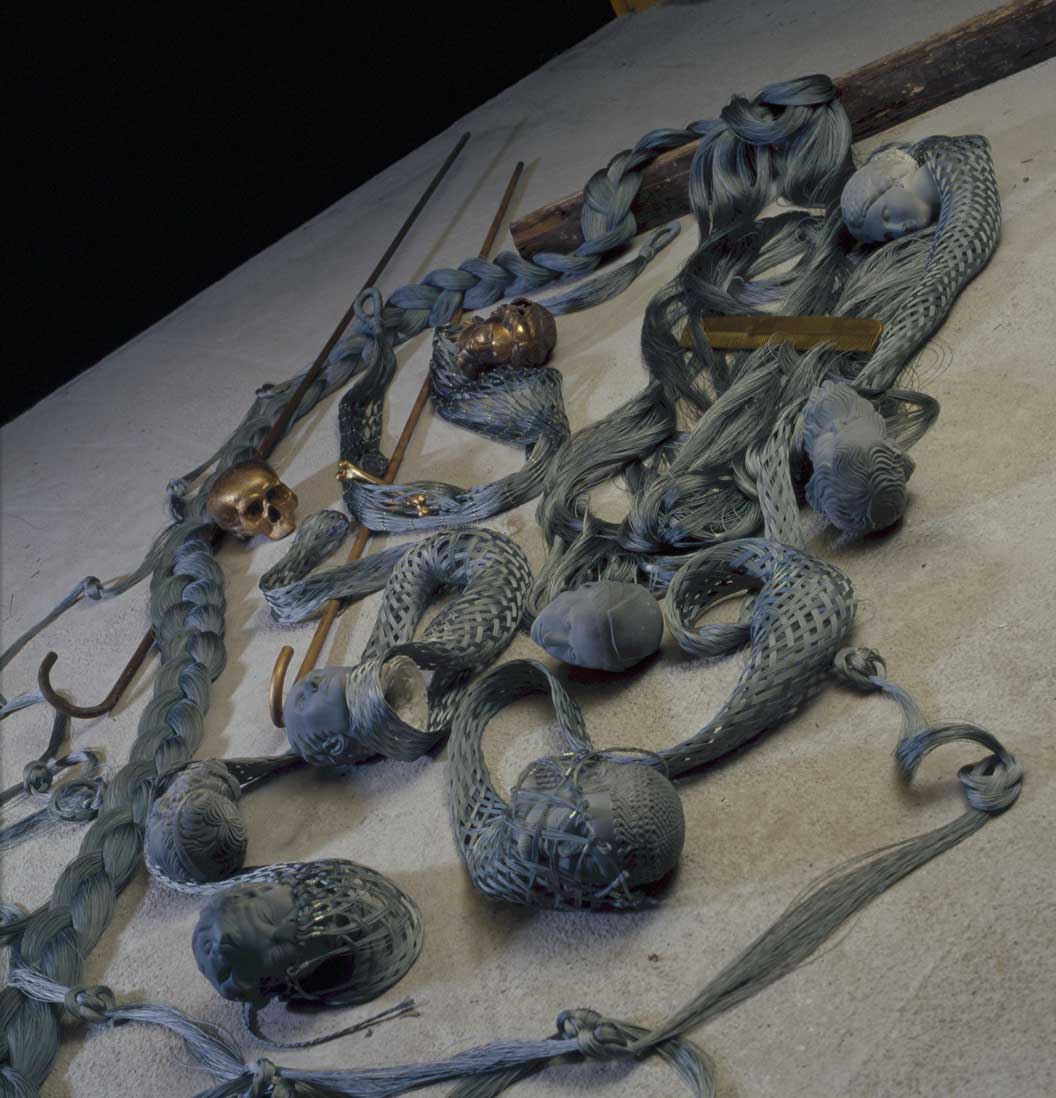 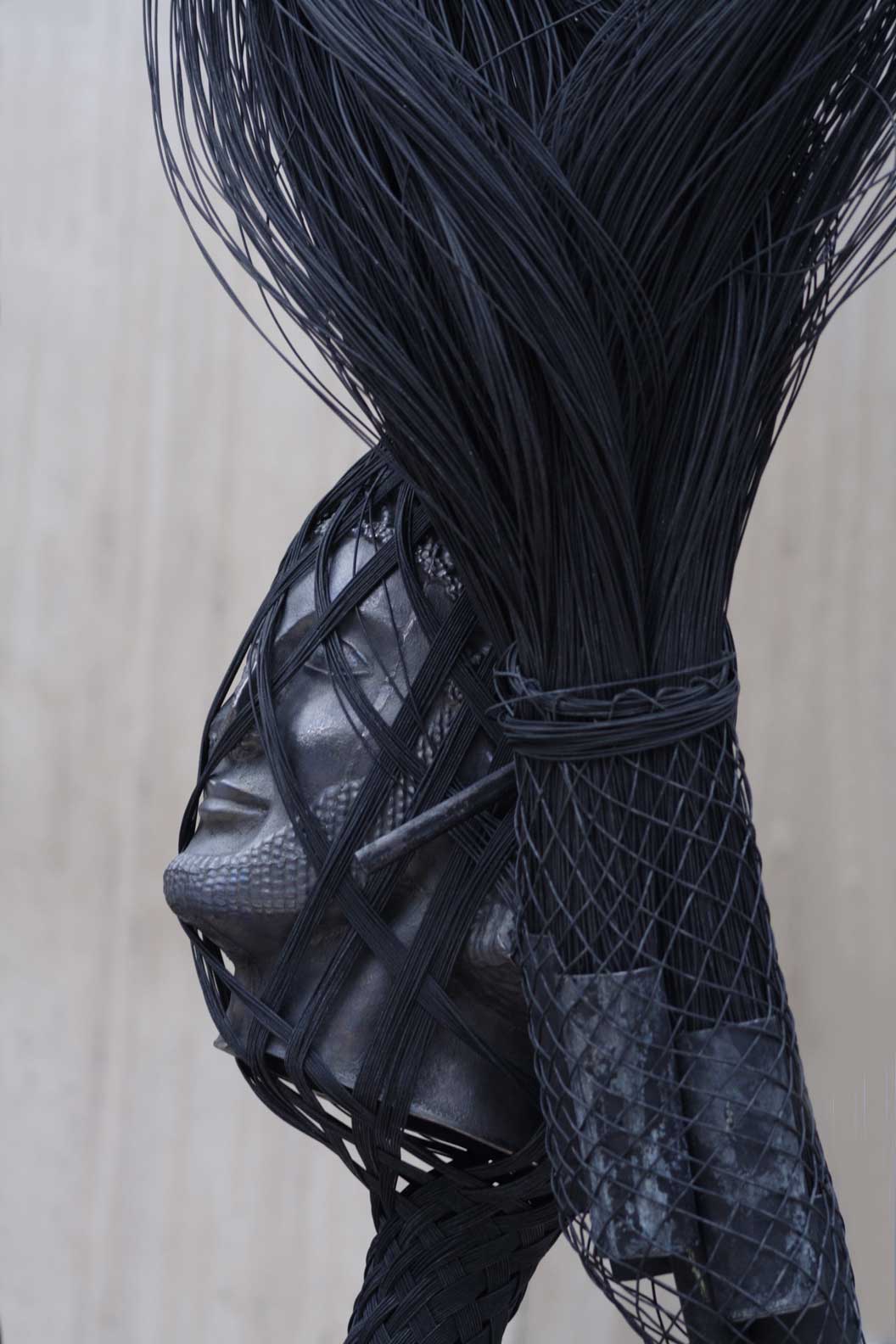 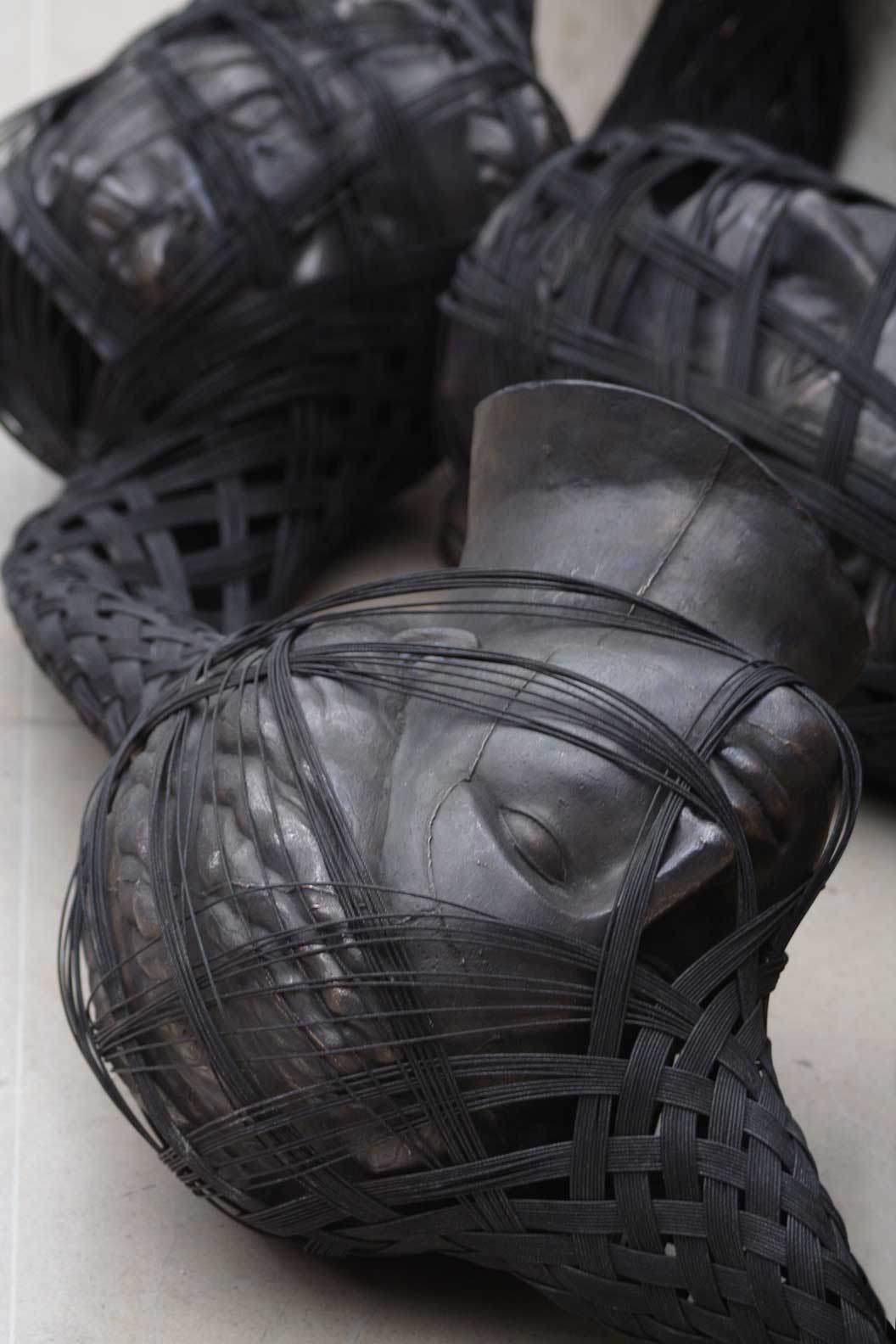 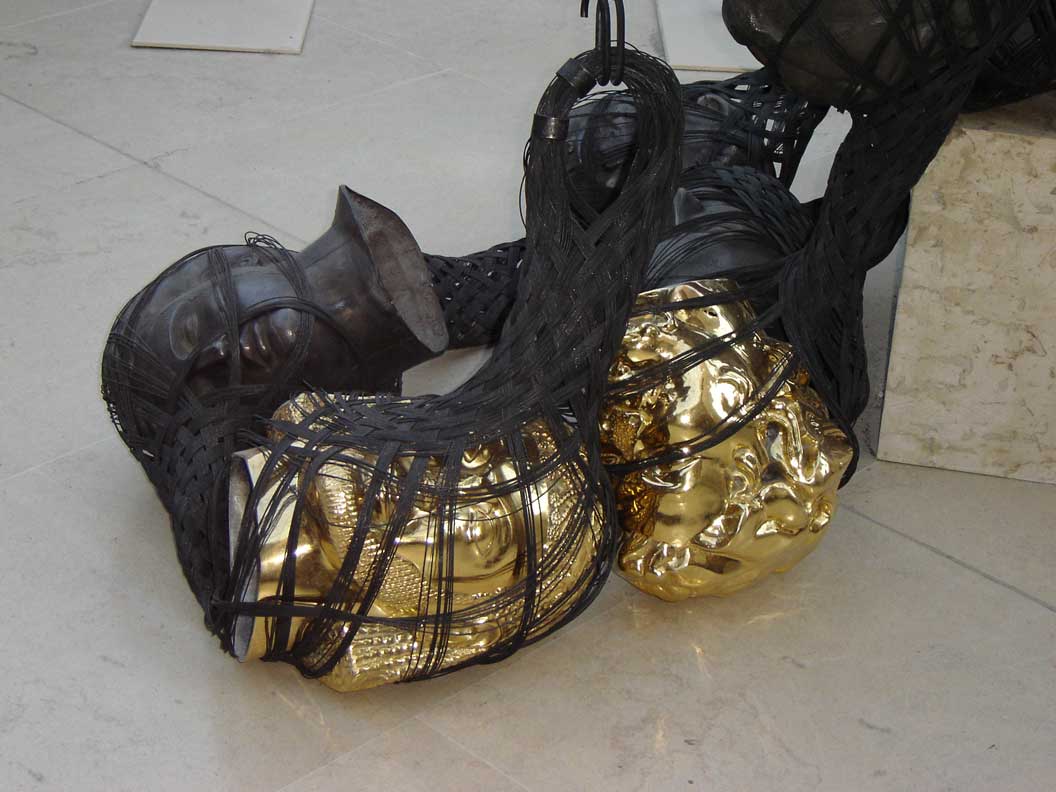 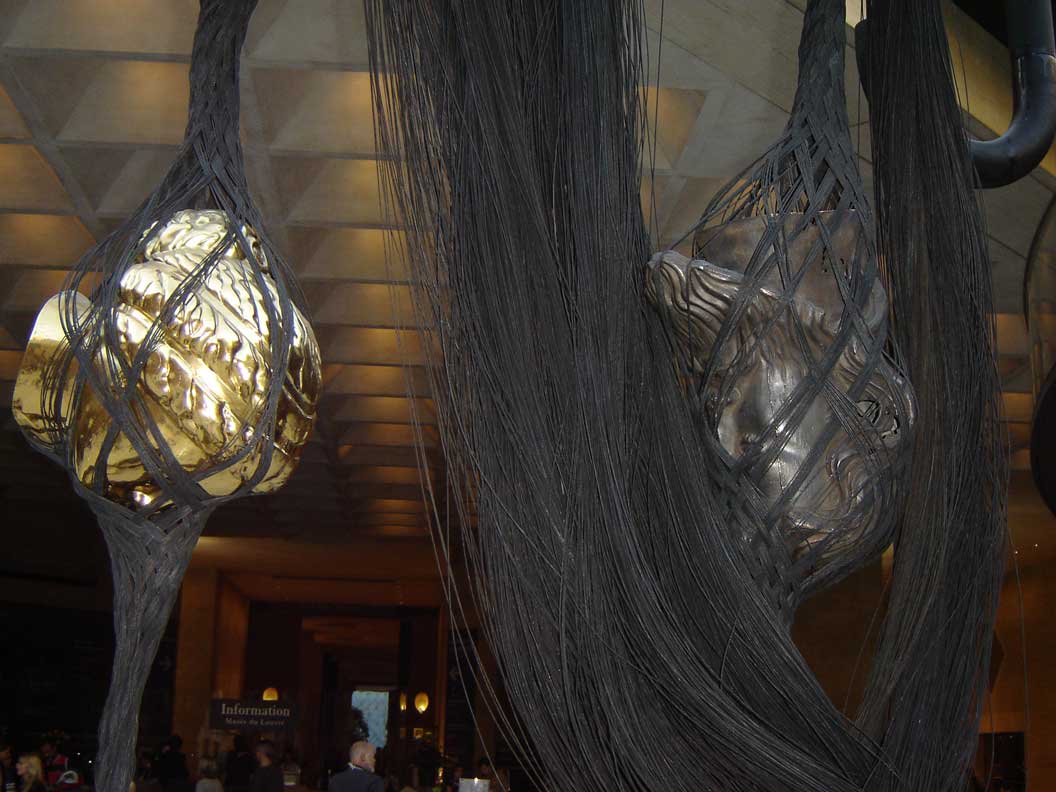 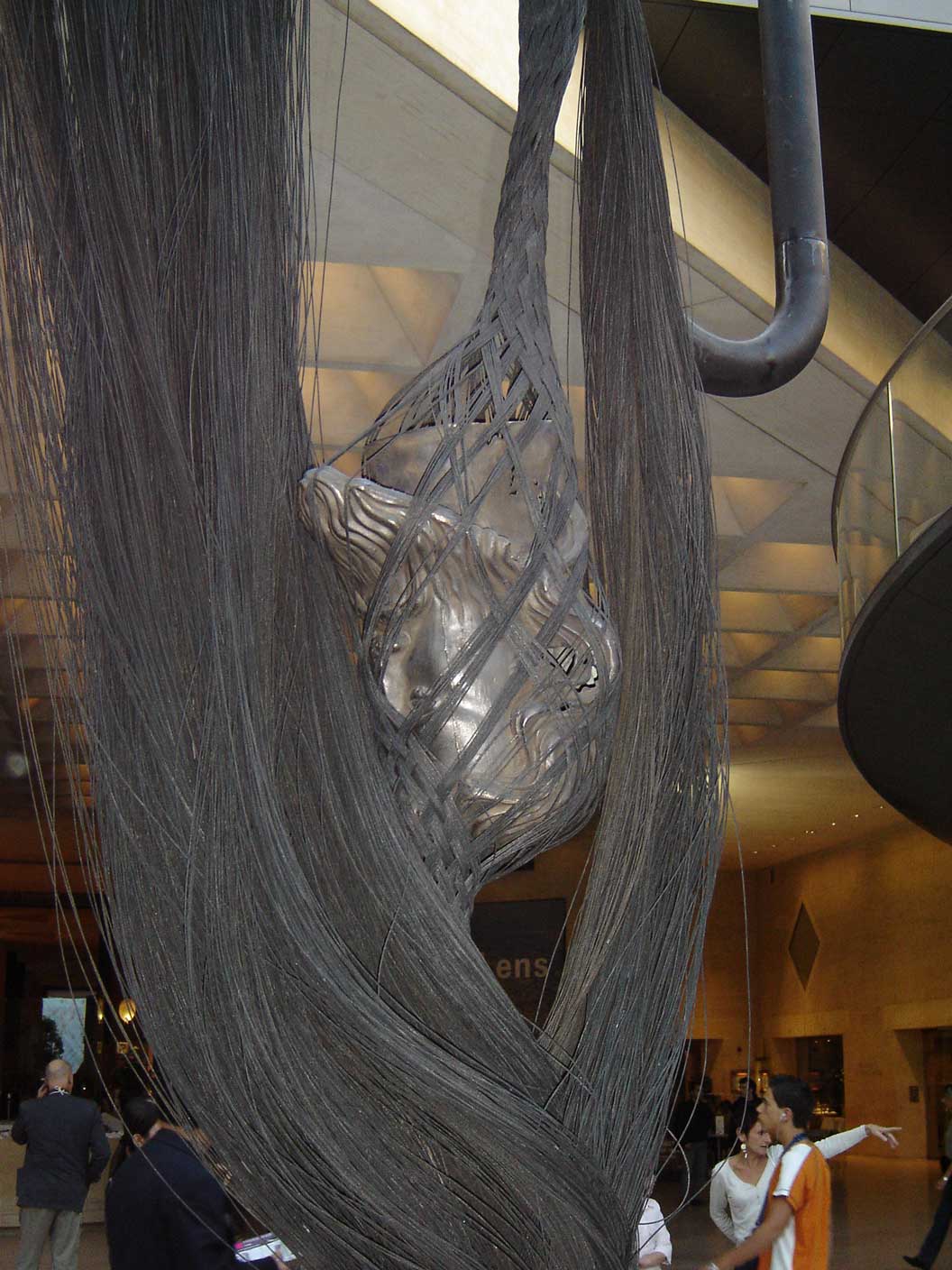 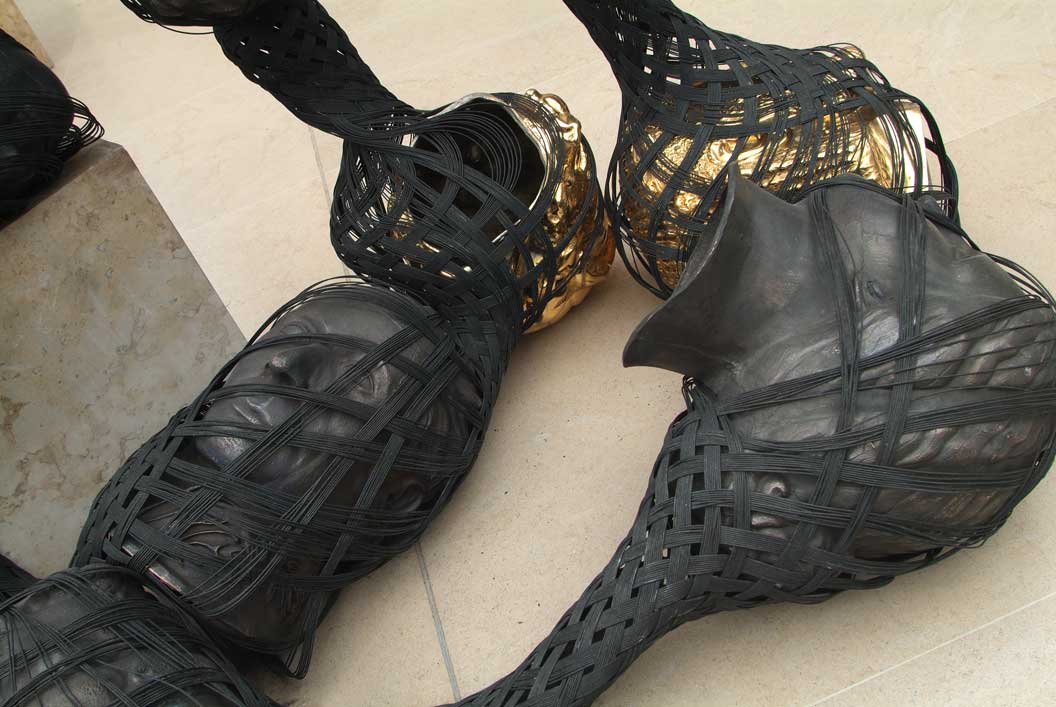 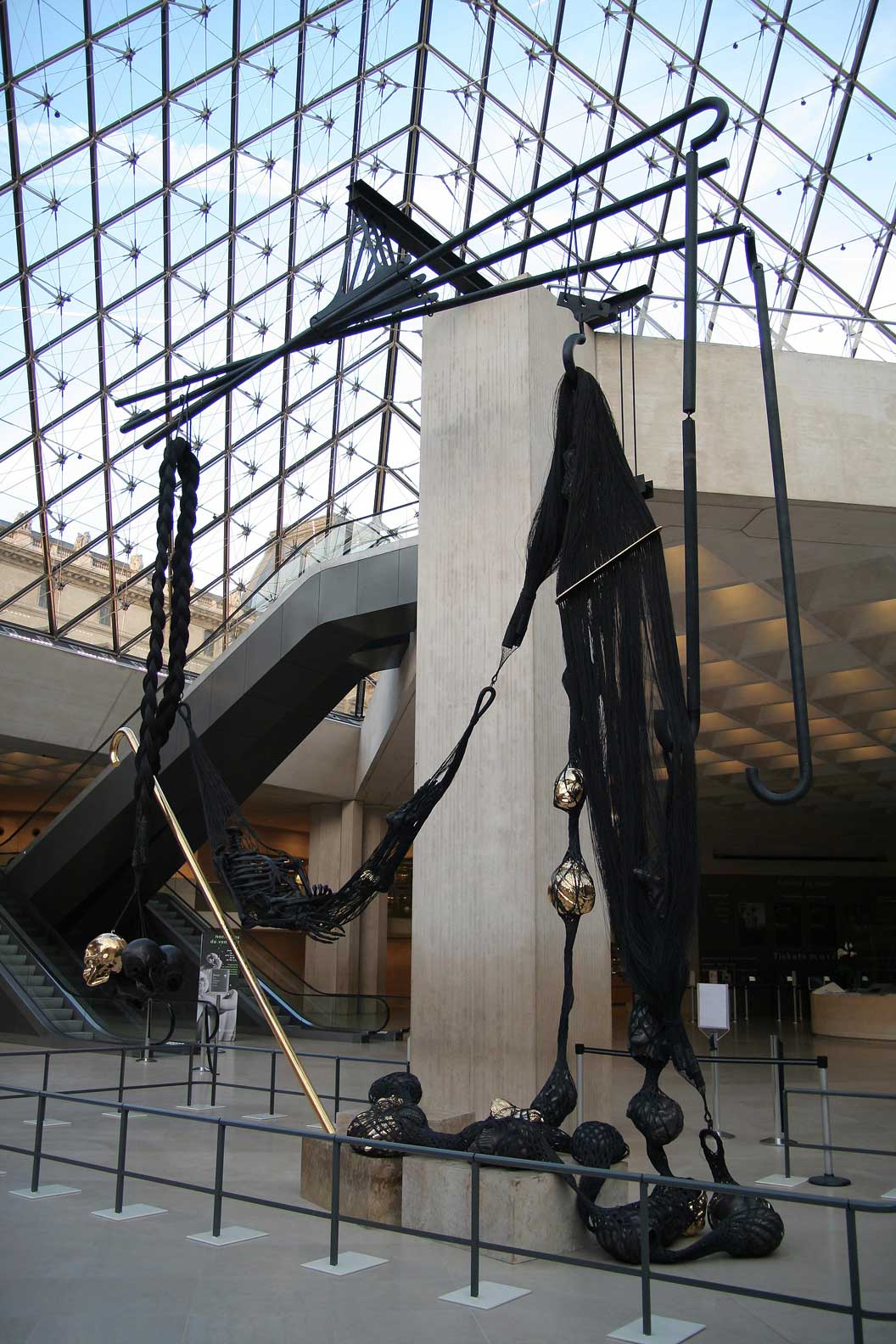 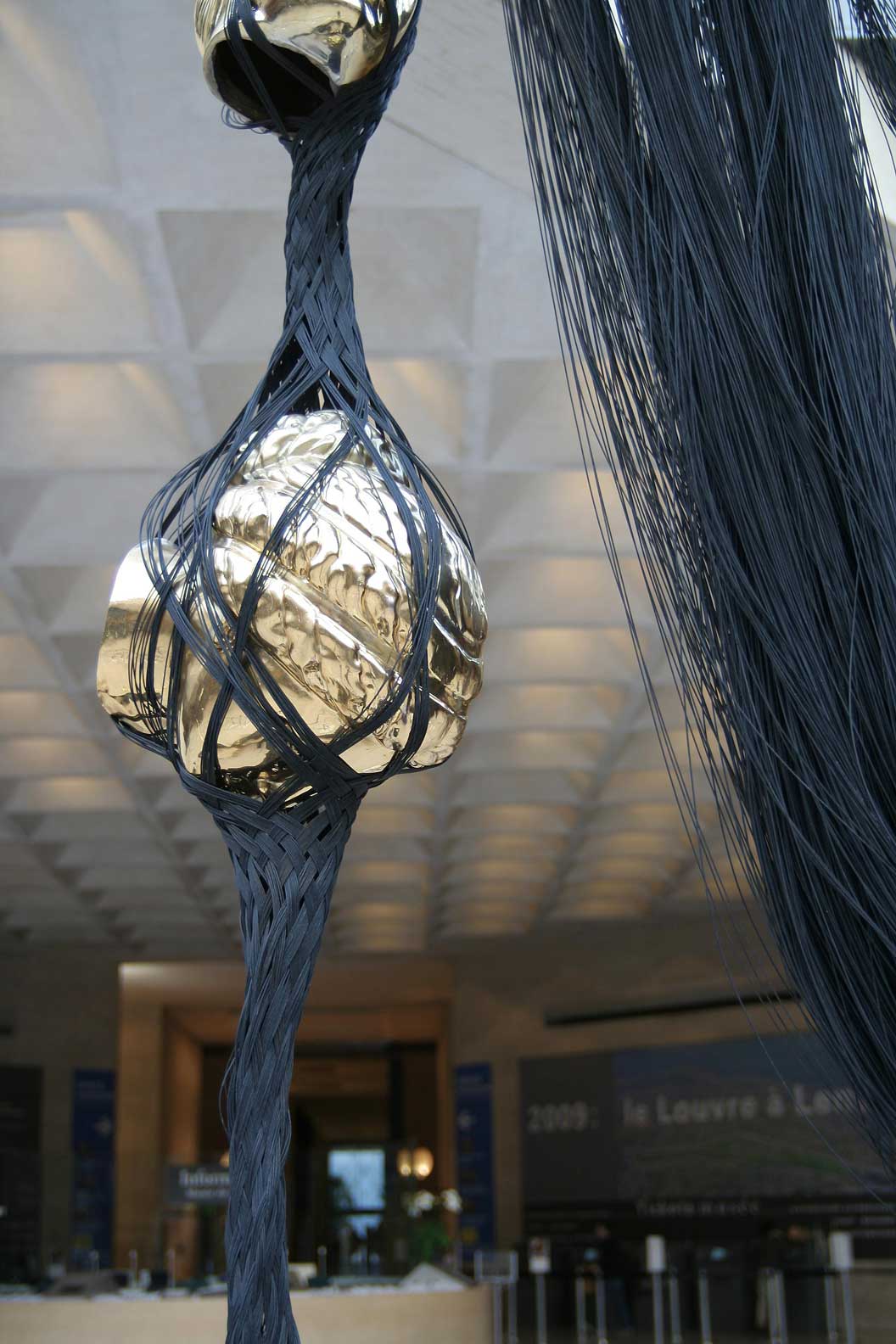 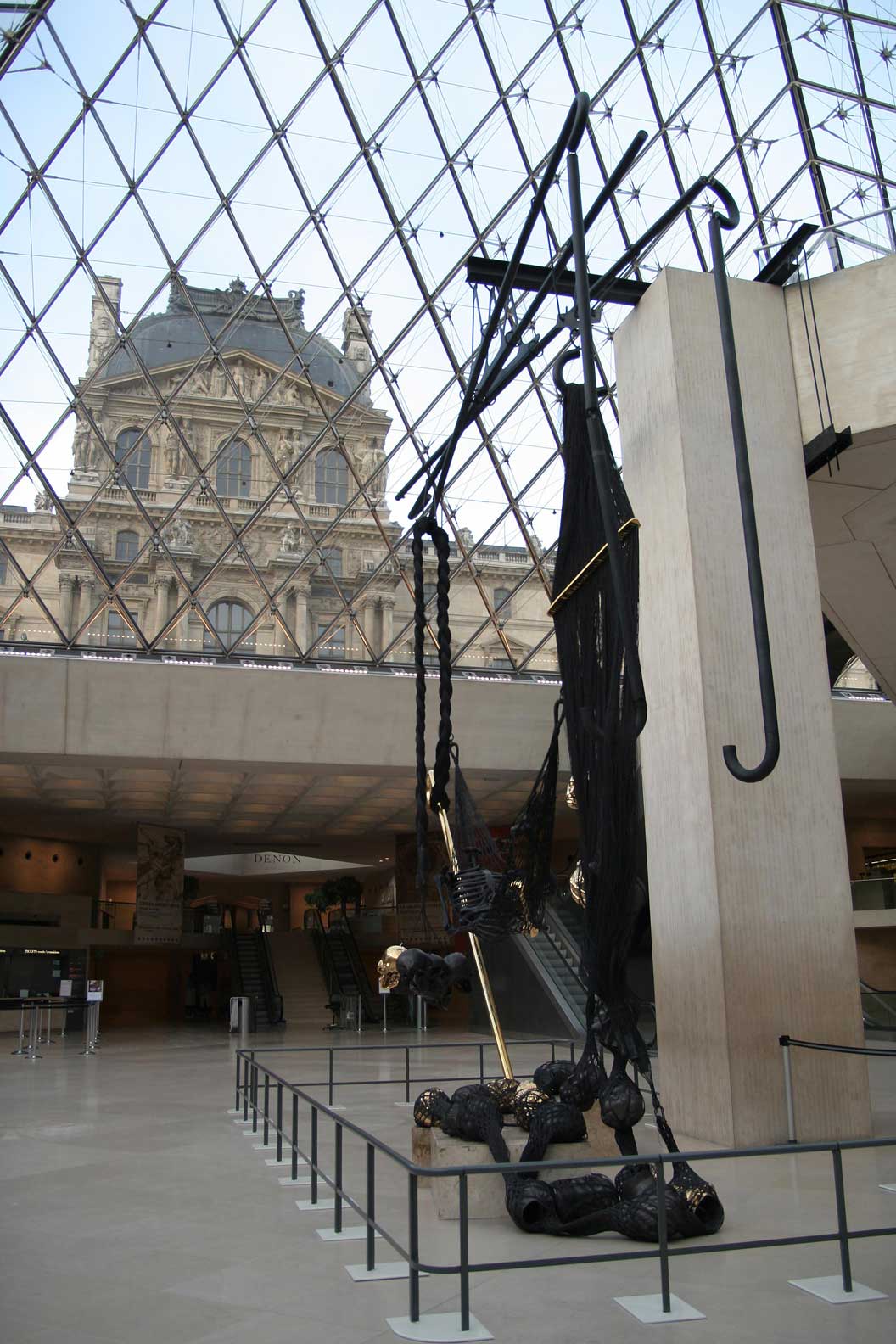 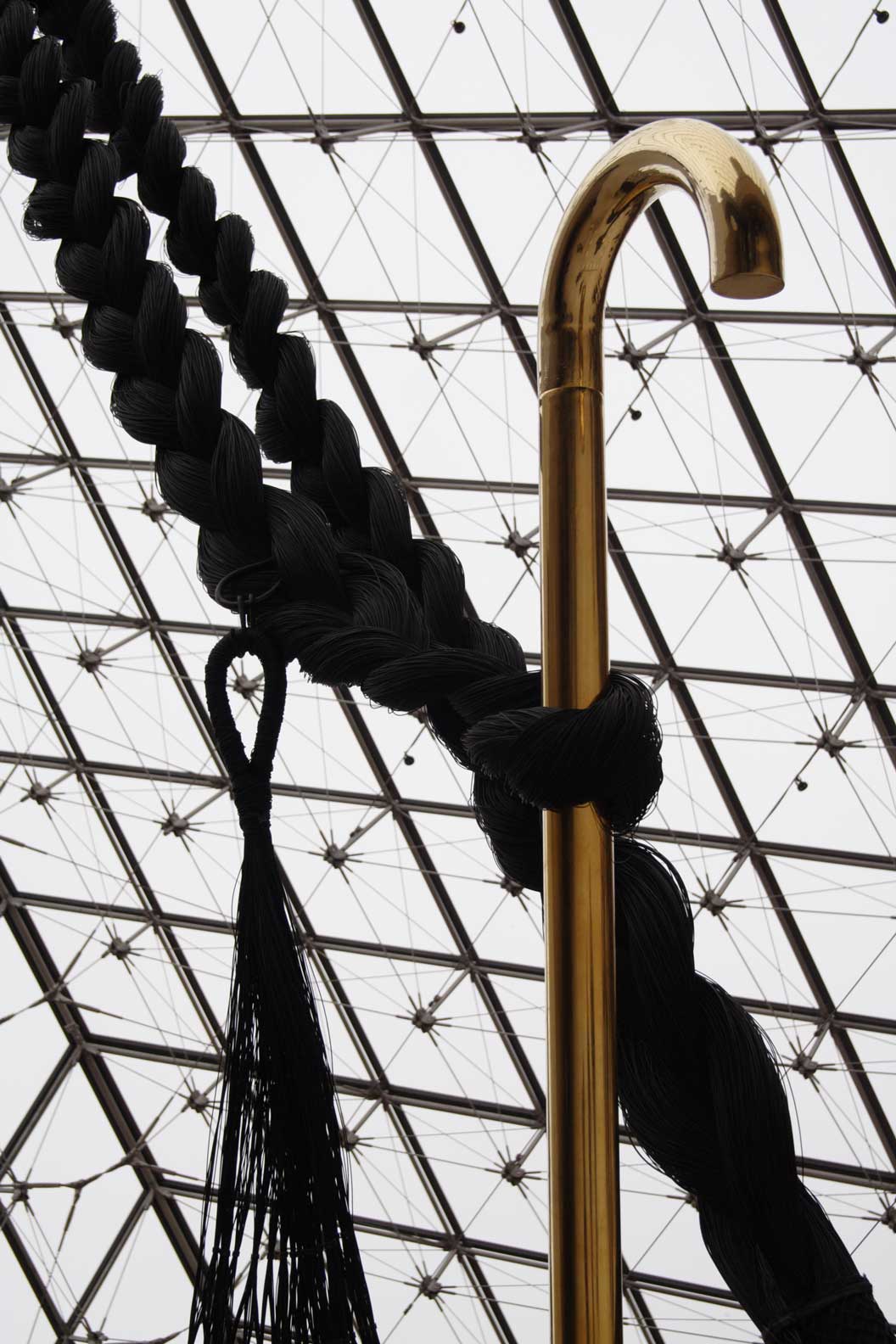 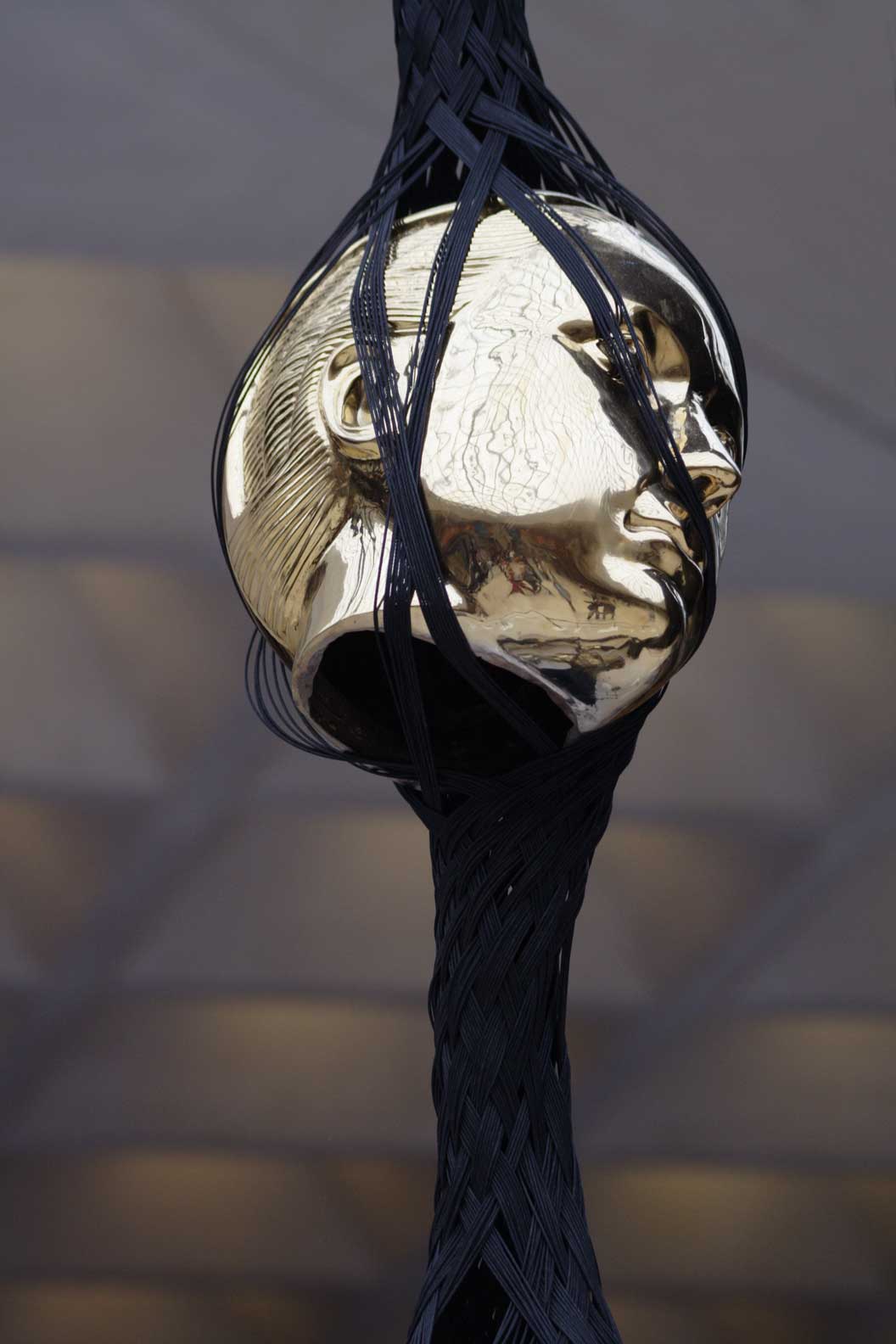 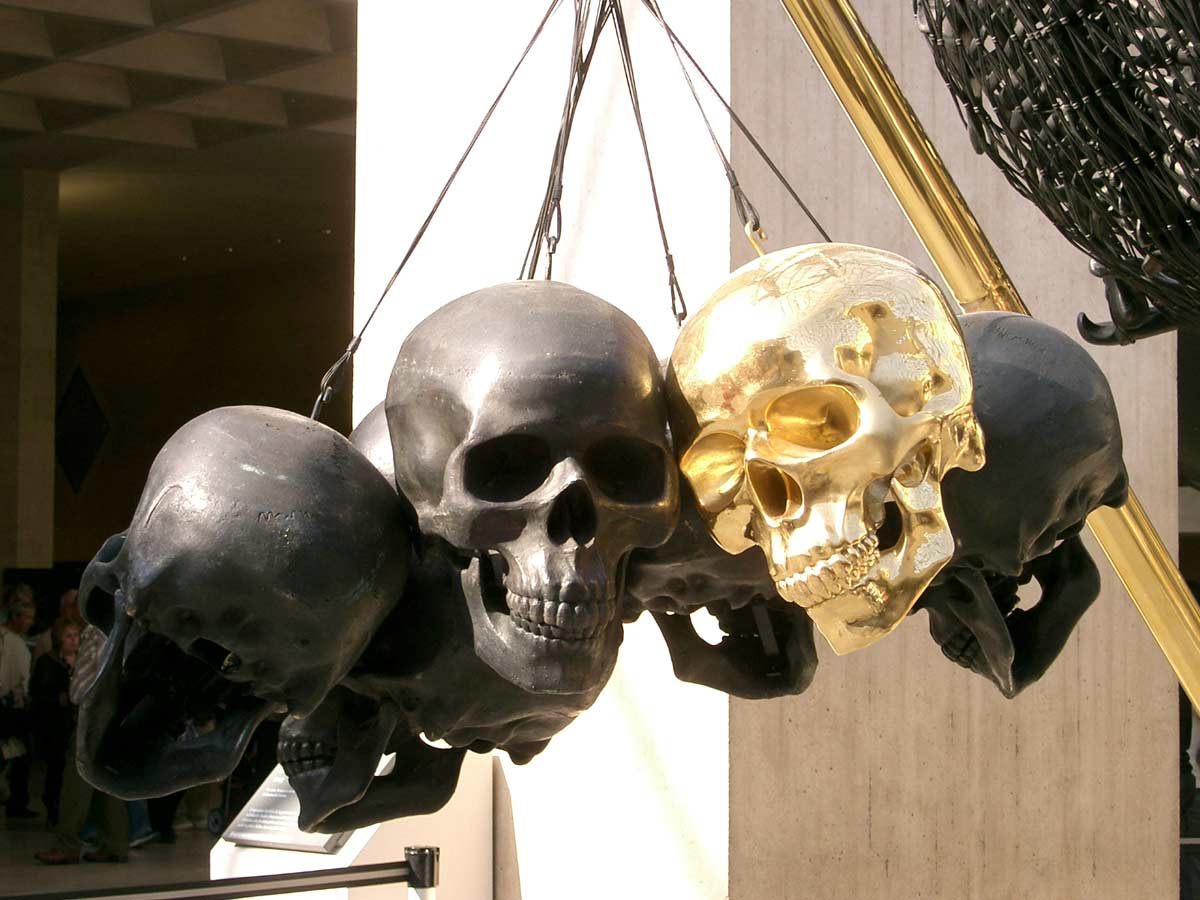 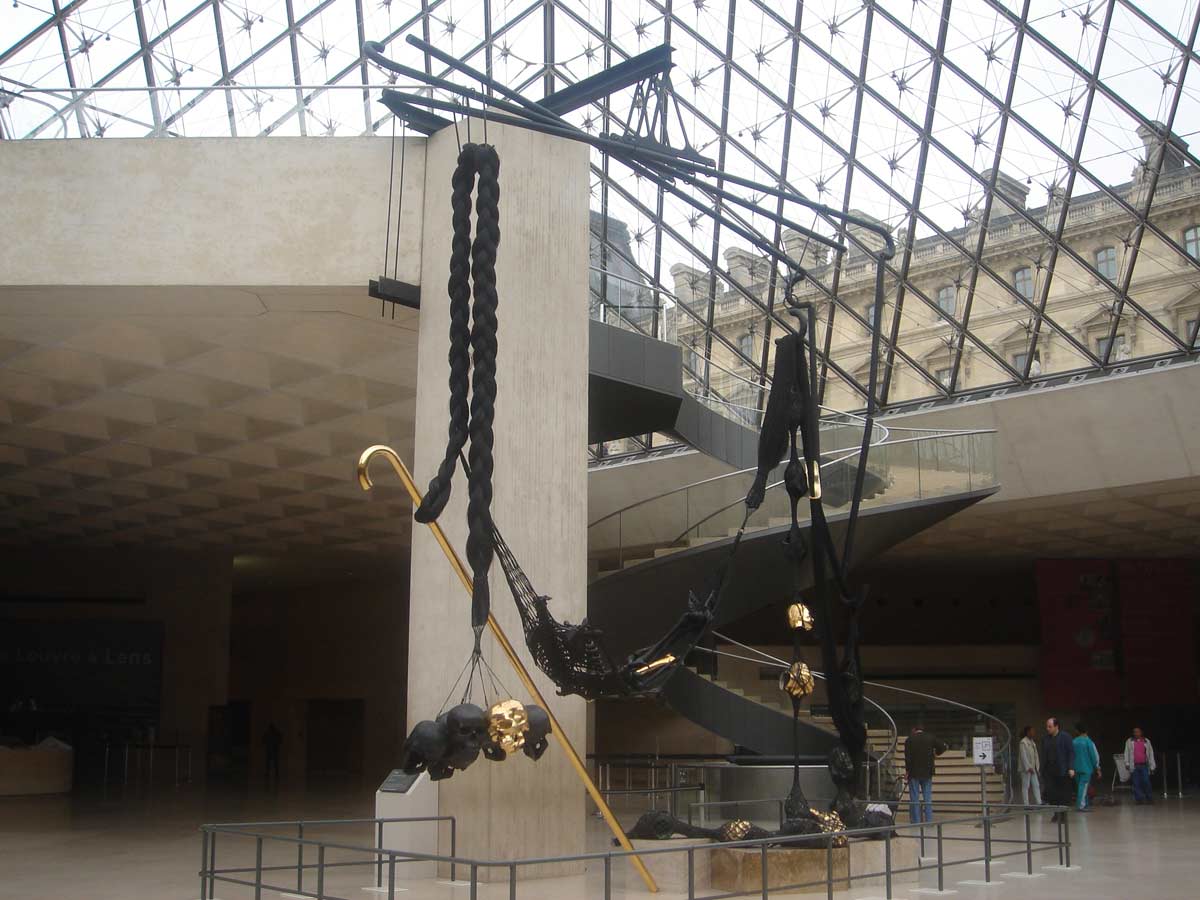 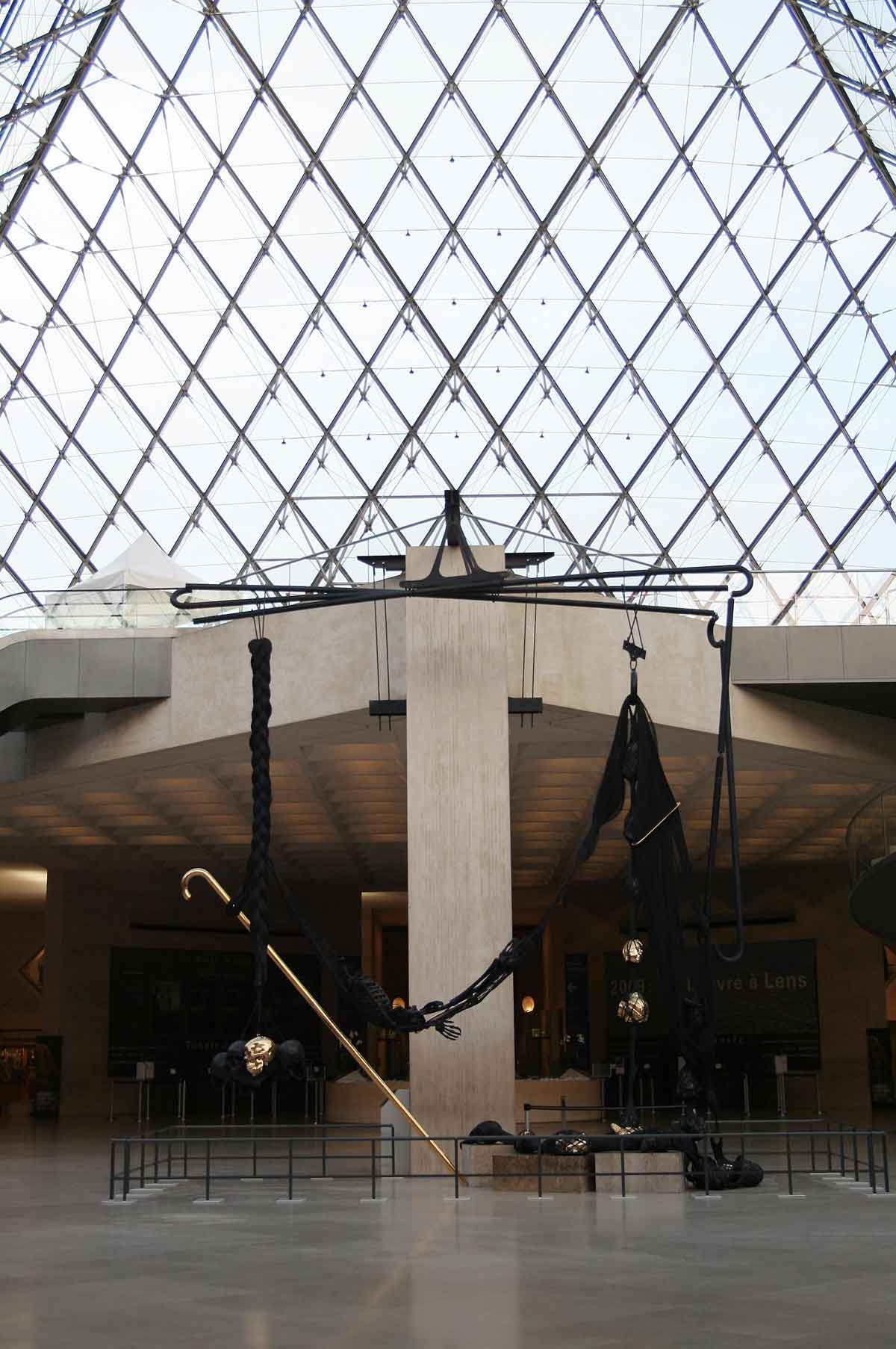 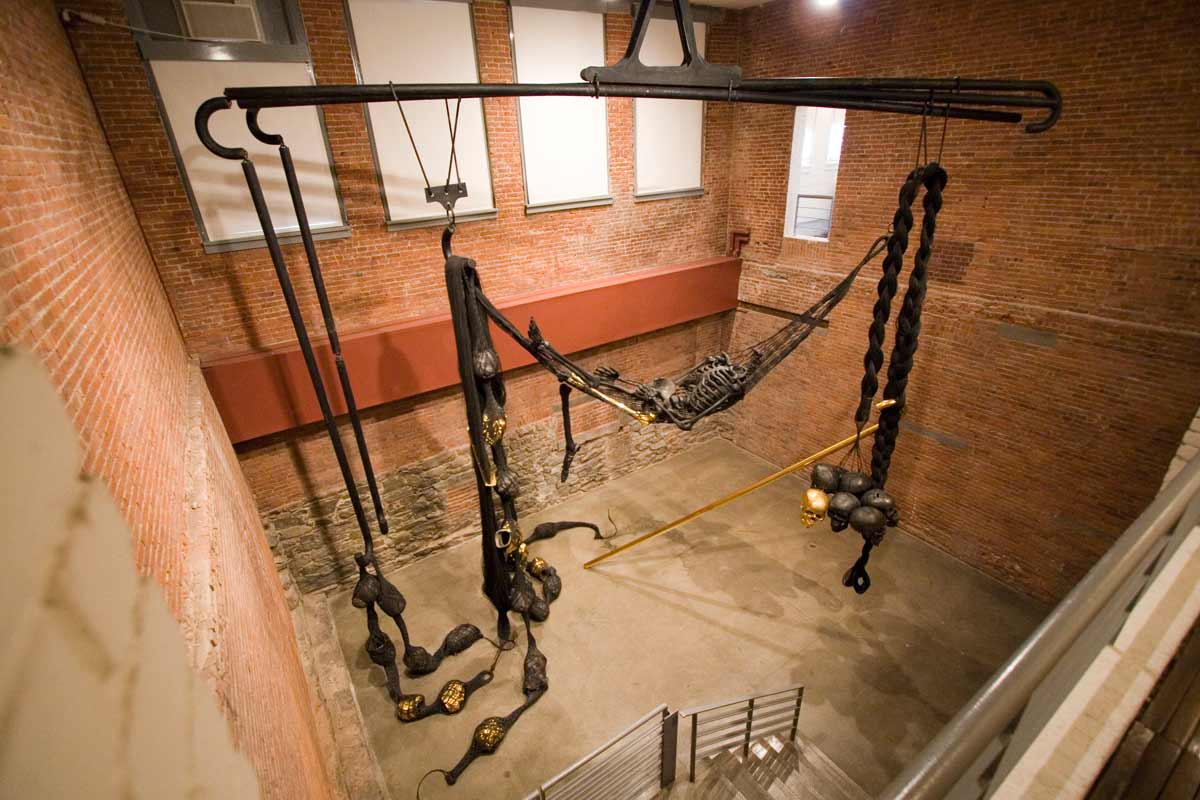 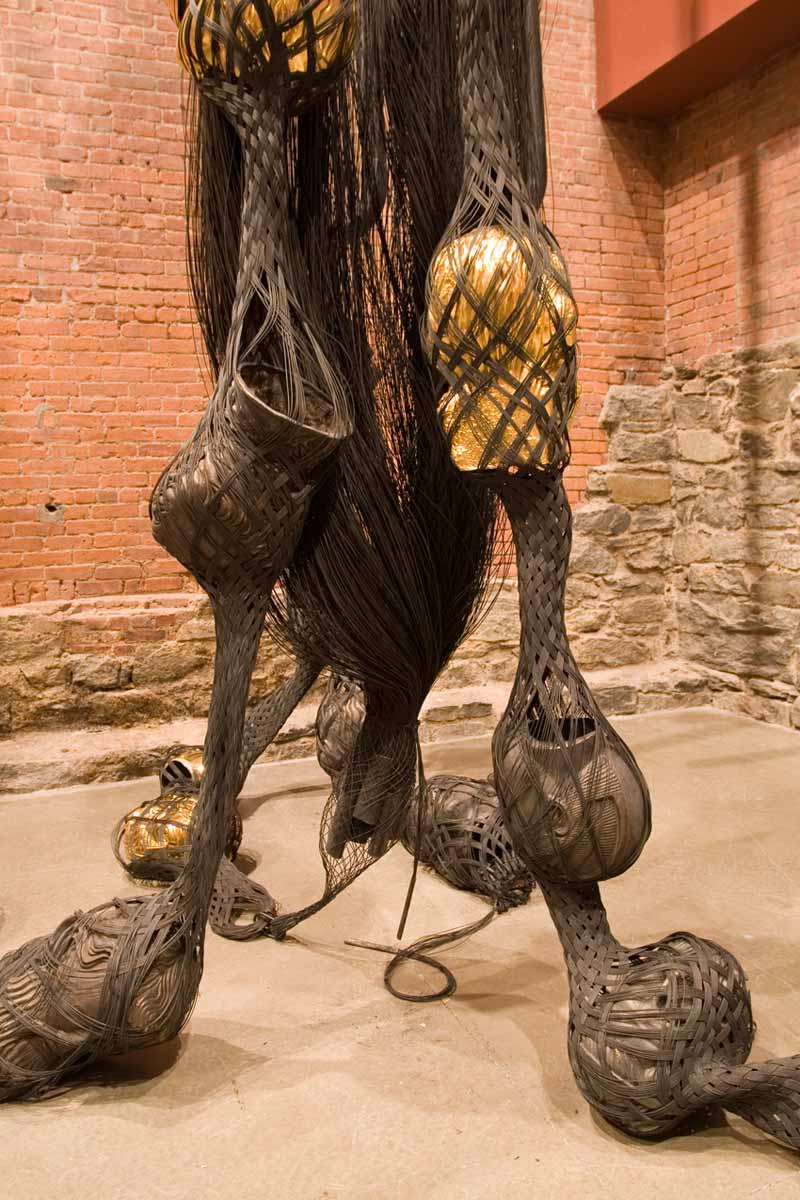