In the ÃO installation, the torus is shown in a continuous, sculptural action. The film is a sequence shot inside a tunnel that is completely empty. The editing of this footage was made to suggest a curved tunnel with no way in or out, continuous, infinite. The image is screened on 16mm equipment that was altered to accept a film with an amendment between the end and the beginning. The film loop runs between the projector and the room’s floor through rollers scattered around the floor, drawing a large circle. The moving film and the screened image of the round tunnel create a sort of mirroring or symmetry. In the room, we listen to excerpts from the song ‘Night and Day’ sung by Frank Sinatra. 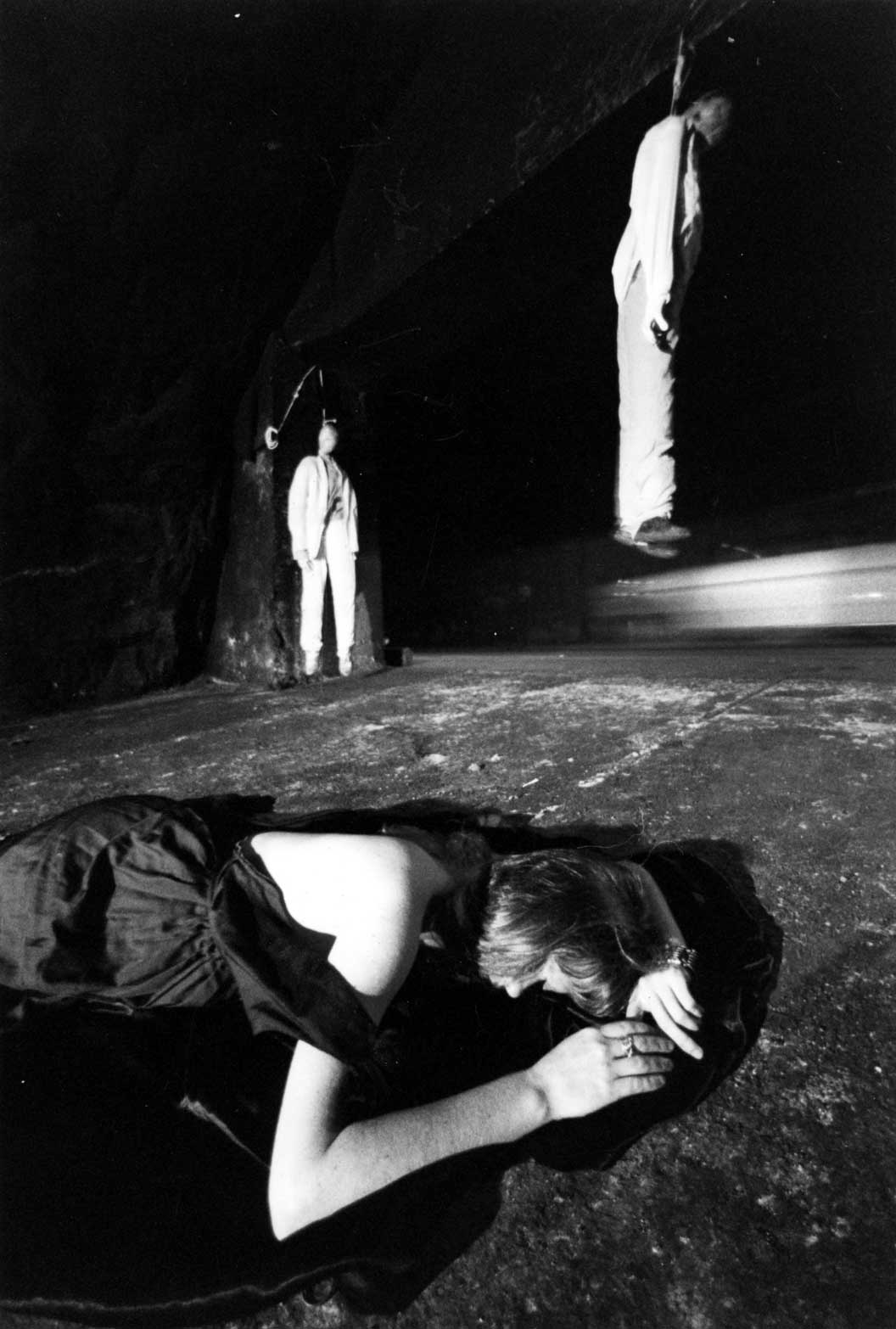 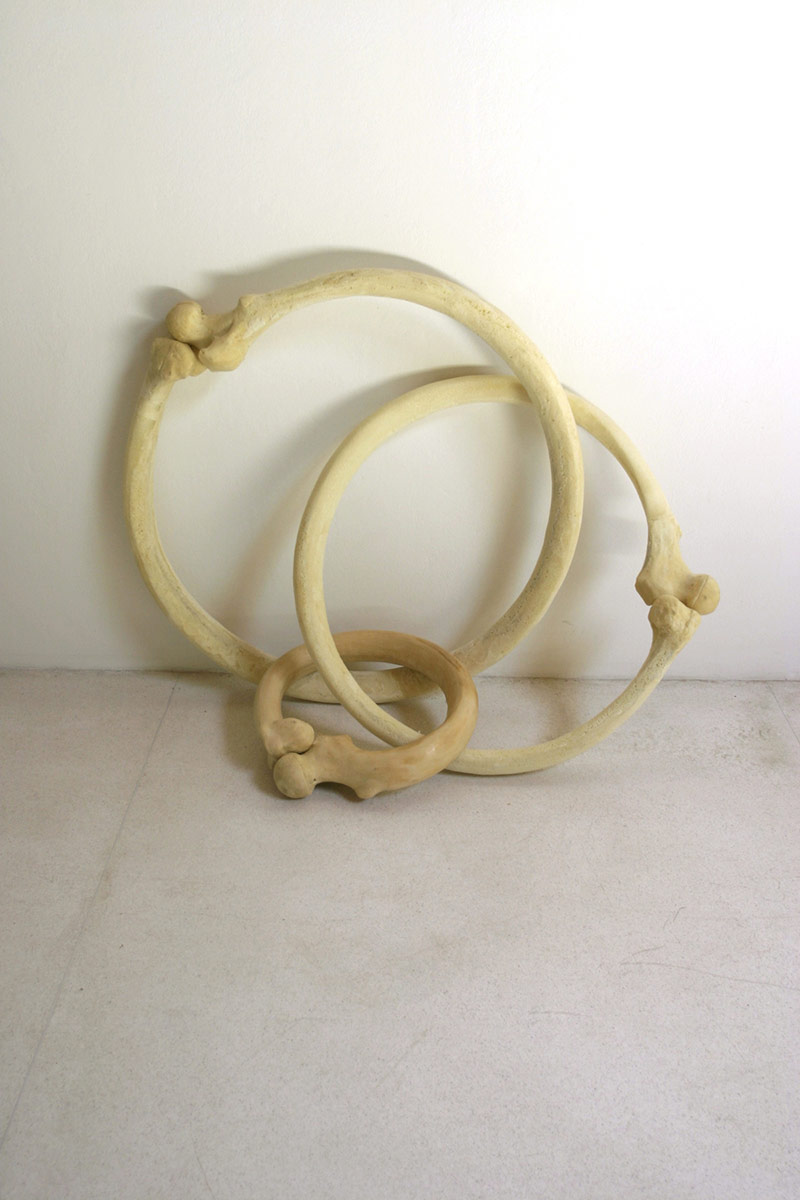 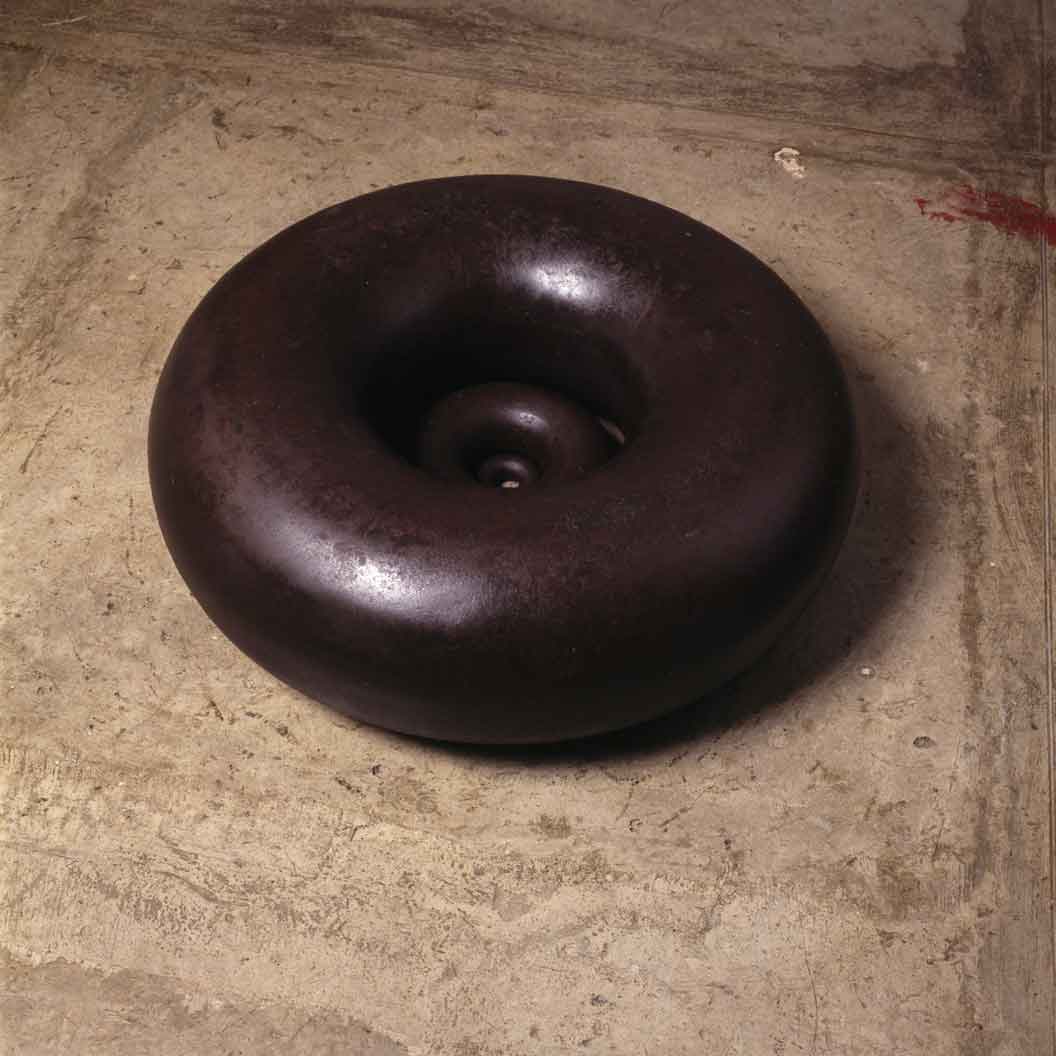