Seven men carry seven suitcases along a path two blocks long, tracing the two edges of a Möbius strip. As they pass by one another, their suitcases collide and their contents are spread on the street. The men gather the dispersed contents into the suitcases and resume the walk. Saying that, in the contents, there were pieces of a human body without the trunk surrounded by a gelatinous material, alluding to the classic crime where the murderer carries his victim\'s pieces in a case; or even a reminder that the work comments on a crime against humanity, offering a tribute to the victims of the Chernobyl disaster, although this reference seems less relevant than the scientific description offered in the book Barroco de Lirios. There, Tunga behaves as a scientist would, following a meticulous descriptive method. In the description, what may seem a street performance may be mistaken for an experiment in nuclear physics. 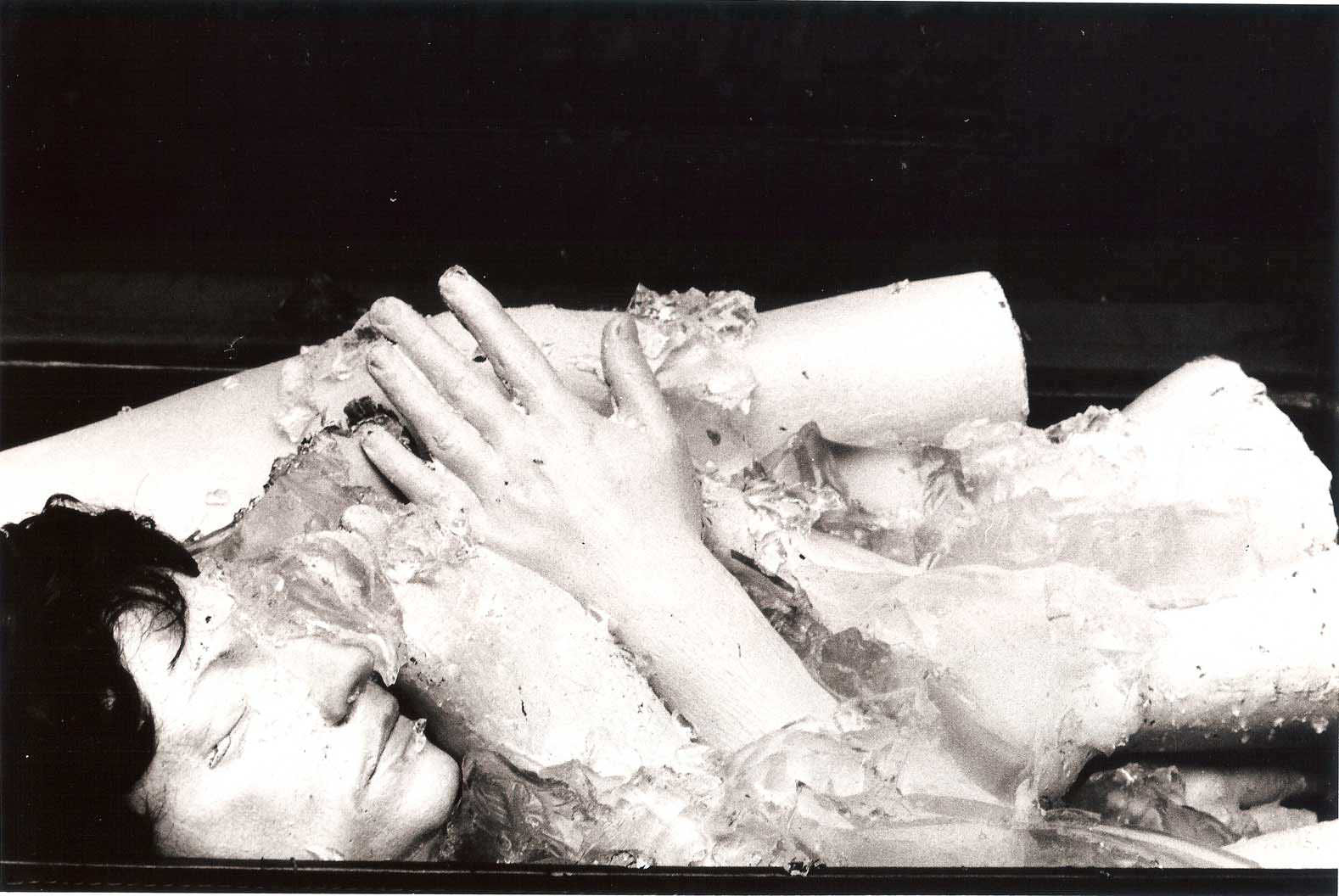 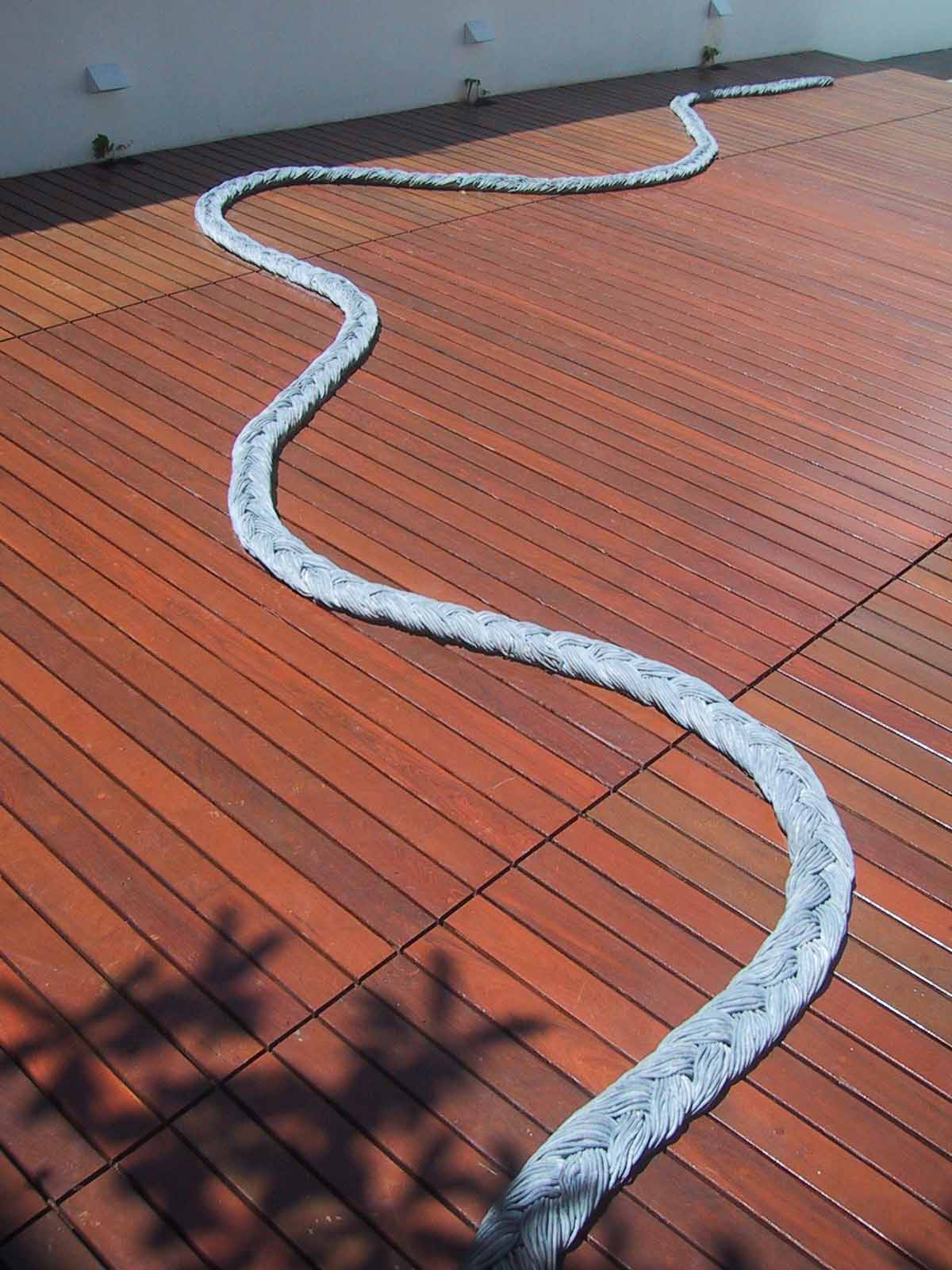