As with the sedative painting, the conformity in \'Lábios\' results from the line created between two bodies; these are here a goblet and a bottle. These bodies and their common contour were first introduced in a drawing printed as the invitation for the White chapel exhibition. \'Lábios\' is a series of sculptures made in terracotta and cast in bronze. After being cast they are covered with skin-tone and red colored make-up. The work indicates a primal stage of the sculpture where there are still no leftovers. They are amalgamated or extruded volumes. The extruded protrusions become lips that will be colored with the fingers. The word ‘make-up’ may have the meaning of a trick, or deceit. By having make-up applied to it, this awkward creation imitates its original terracotta state by falsifying the bronze into human flesh; interestingly, terracotta is the base material of the make-up. So, we may say that the make-up is applied to the bronze so that it is incarnated. It reincarnates itself when the make-up refers to the terracotta, its former flesh. Once again, the timeline of action works – as in São João Batista – as a impression compressed into a single moment. 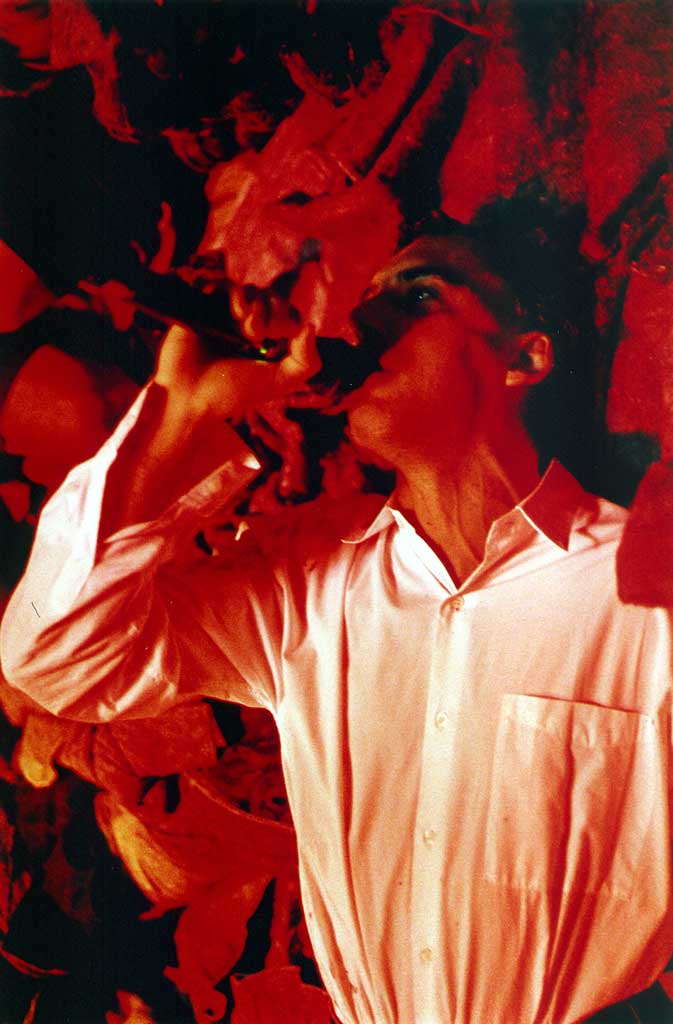 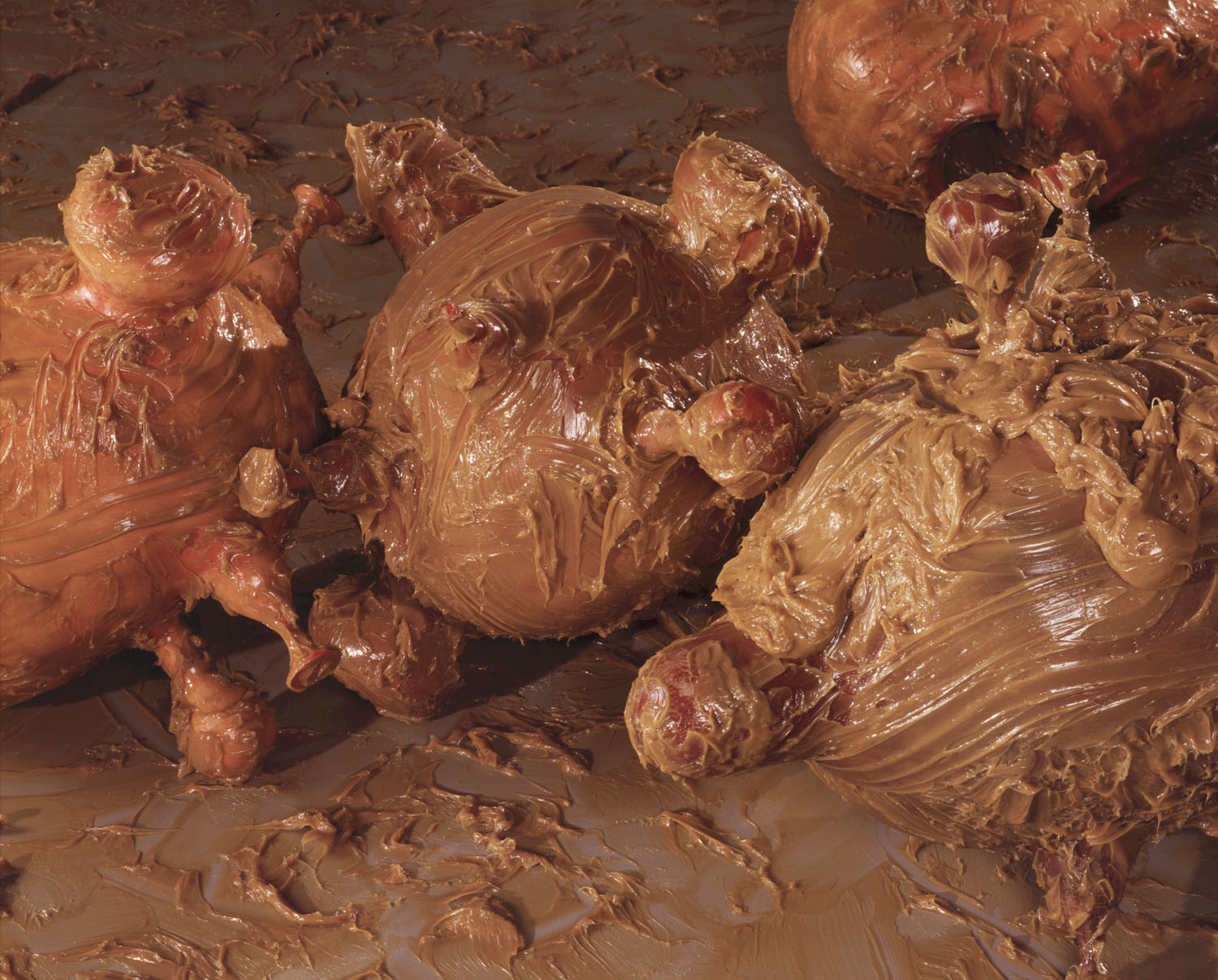 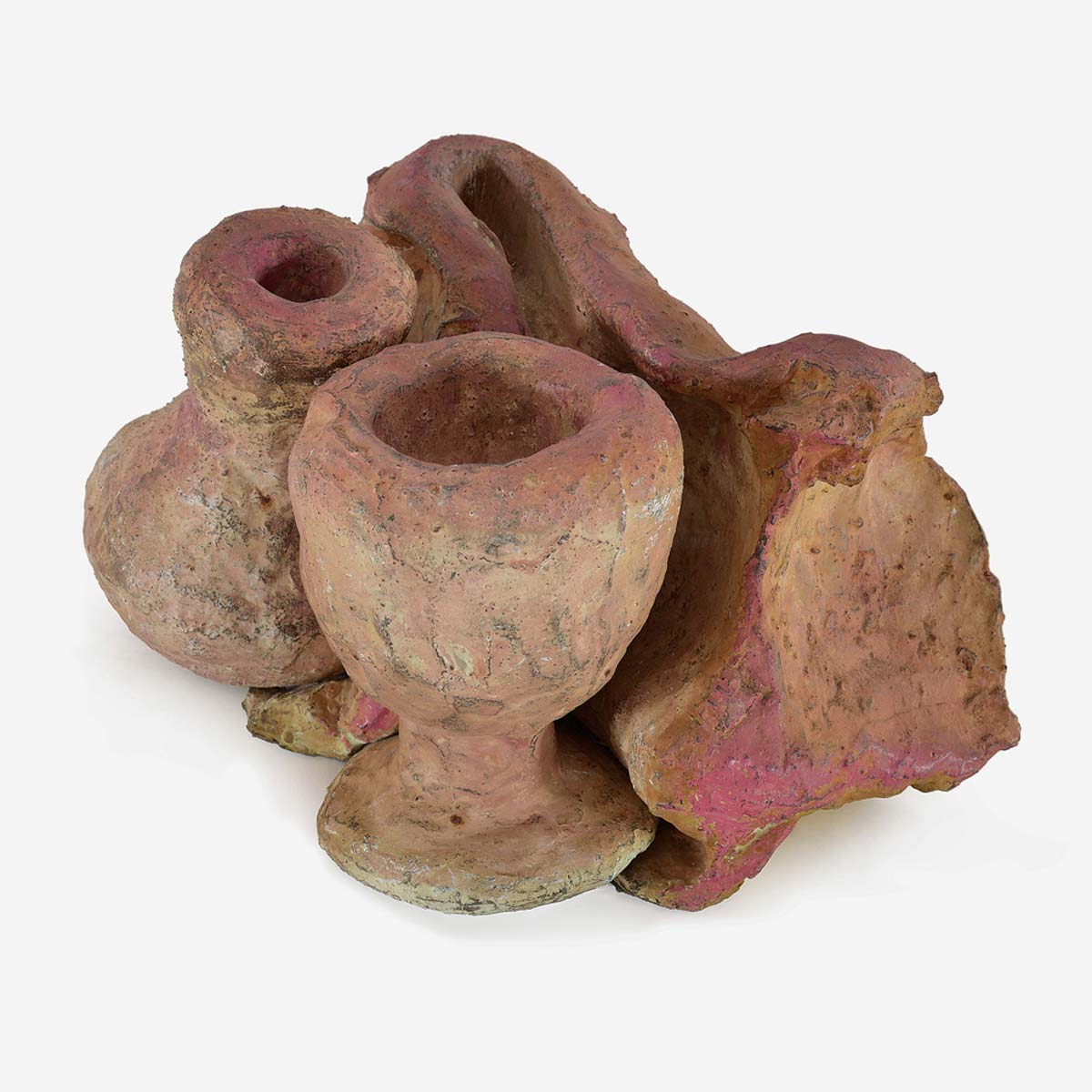 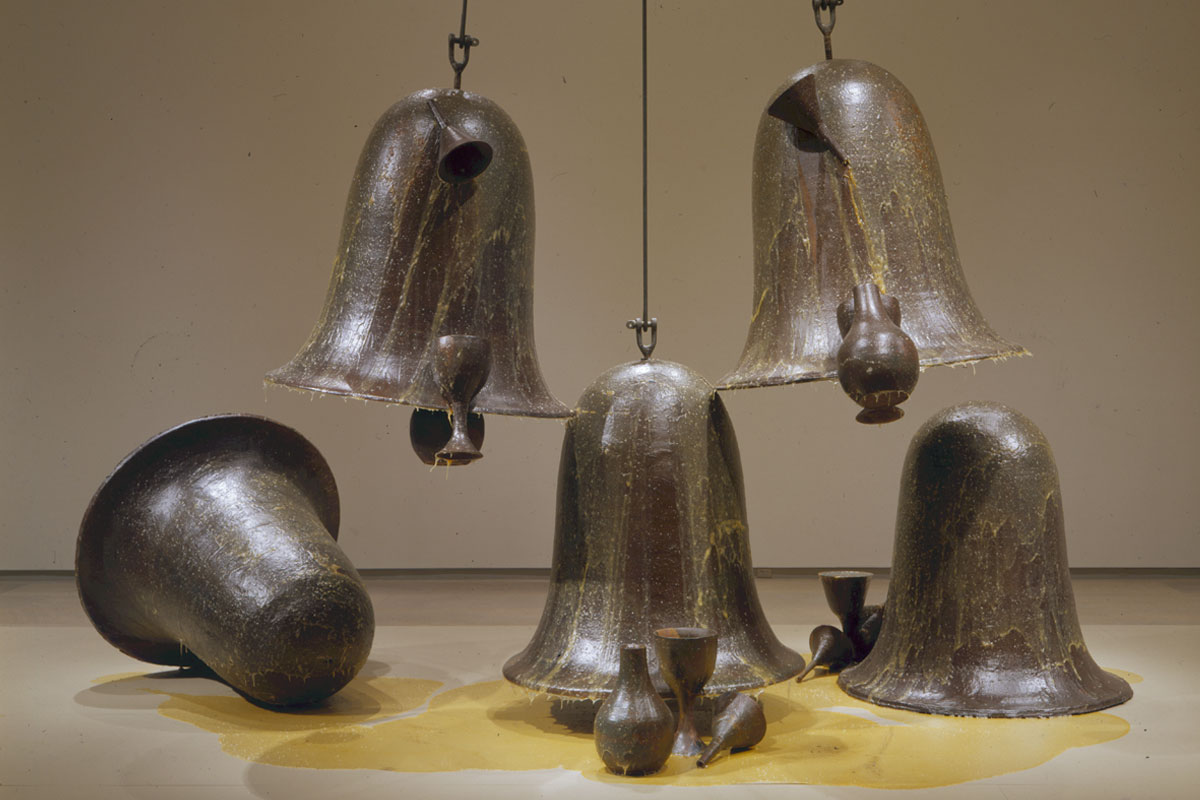 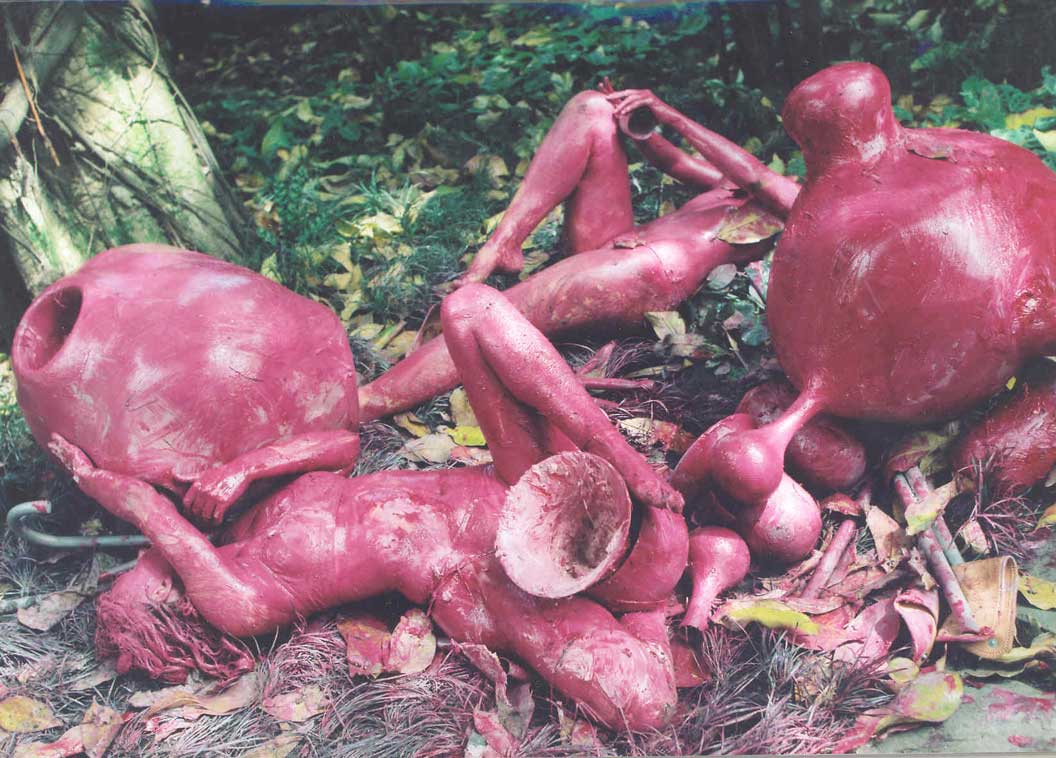