On one side of the room, two black rubber sheets are braced between the wall and the floor. Behind one, is an ultraviolet and the other an infrared lamp, between the sheets, a white lamp. A sensor is triggered by a small silver spider that hangs from the ceiling with a thread that reaches to the other side of the room. There, the thread descends to a music box that plays ‘Smoke gets in your eyes’ (immortalized by the voices of The Platters) for six straight hours. During this time, the music box winds the thread and then starts unwinding it for the next six hours. This movement makes the spider go up and down thus triggering the sensor when it reaches its lowest point. Each time the spider triggers the sensor, the electrical current is shifted from the white lamp to the ultraviolet and infrared lamps and vice versa. On the other side of the room, leaning in front of the music box rests a heavy lead plate. On the top of one of the black sheets there is a plastic fly. An enlarged shadow of the spider emerges beside the lead wall [don’t follow this, a wall covered in the metal lead?] a few moments before the white light is turned off.
Eyelids creates a glossary of types of invisibility. What is too small, what is almost stopped, what is behind you, what is beyond the ultraviolet, what falls short of the infrared, what the smoke hides and what the eyelids veil. 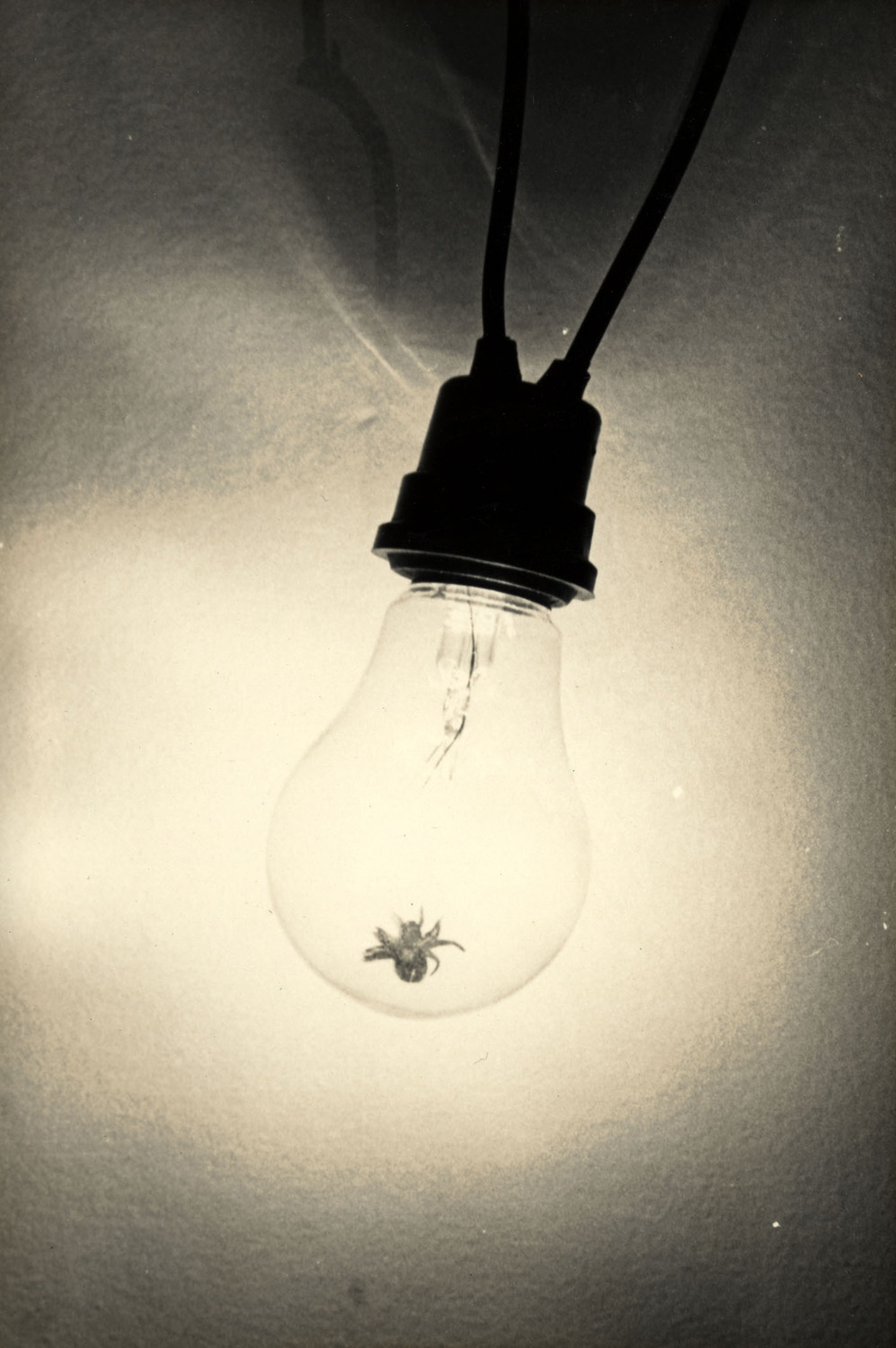