To be like a stone in relation to a bottle or a braid in relation to a walking stick, it can reveal not only bottles and braids & walking sticks in congruence with the body curves,  but also the relations that exists between this contours inside of the body. The congruence can be conjugated as verbs. And the verbs articulated in the sentences. Works generated from all or any relationship between three similar elements. Three axes, three strands, three girls, three candles or three balls of soap. In all the works three is at the same time, three and one. The three flames that turns in a Sero te Amavi, the braid and the questioning of St. Augustine, we compare the strength of the torque at the meeting of the three columns of iron tripods  of the Trinity Triad. 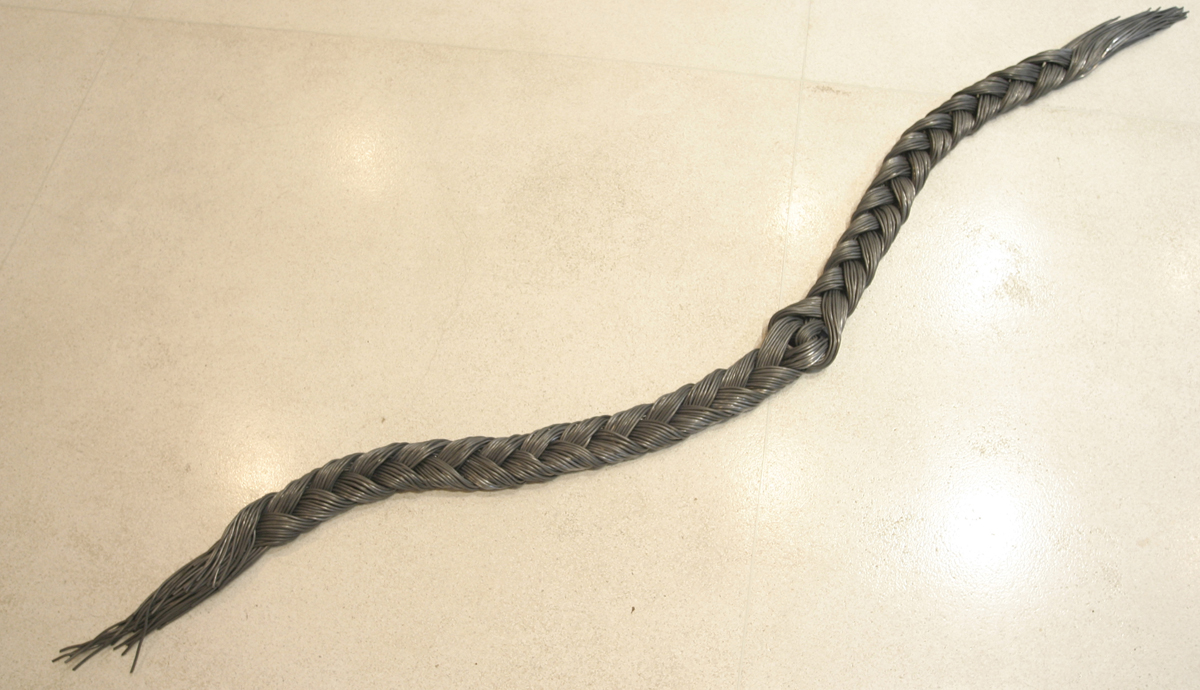 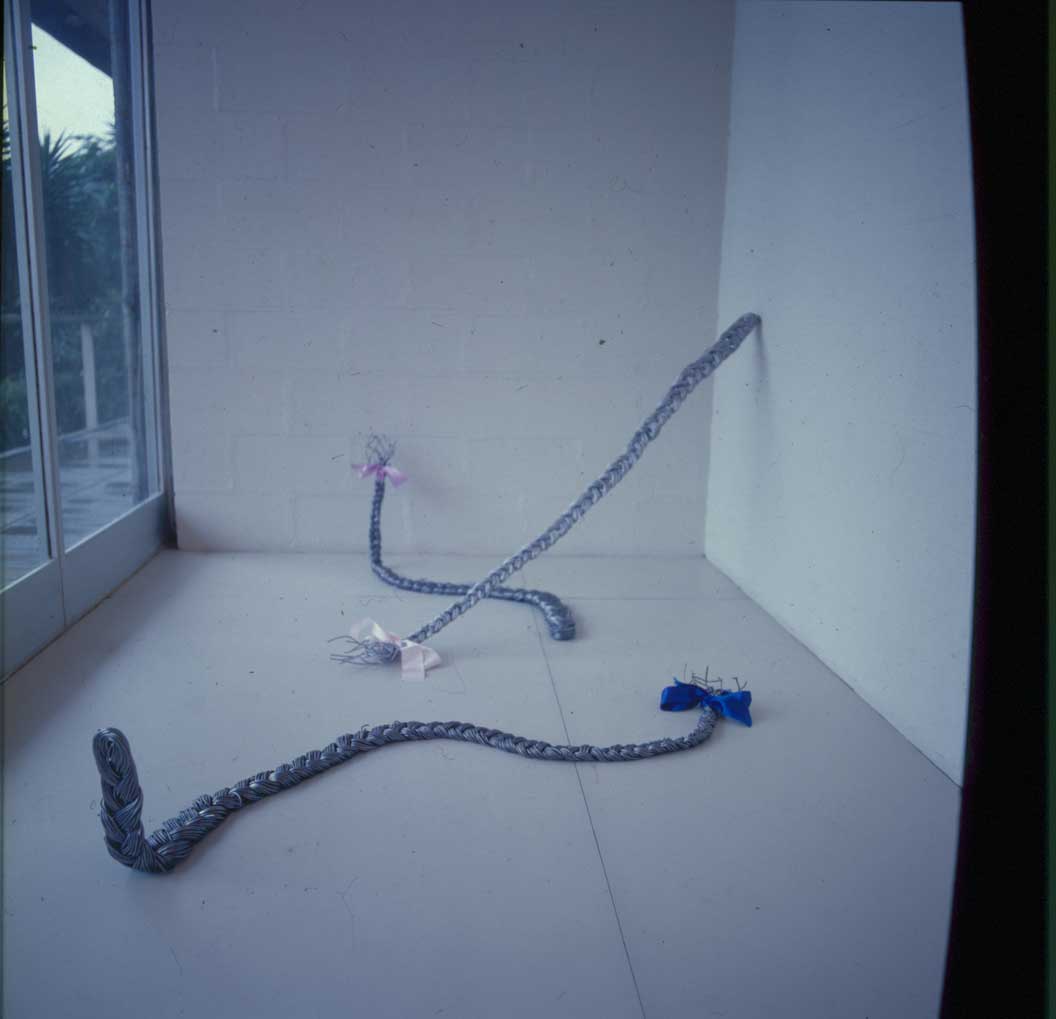 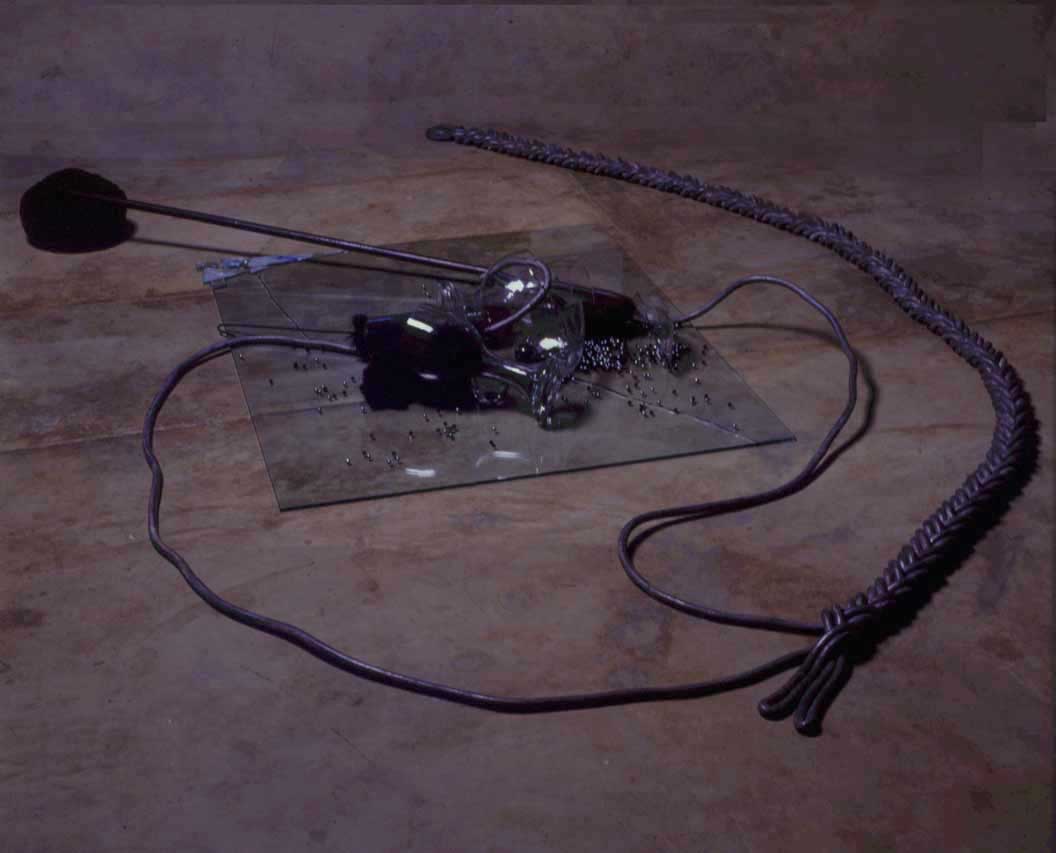 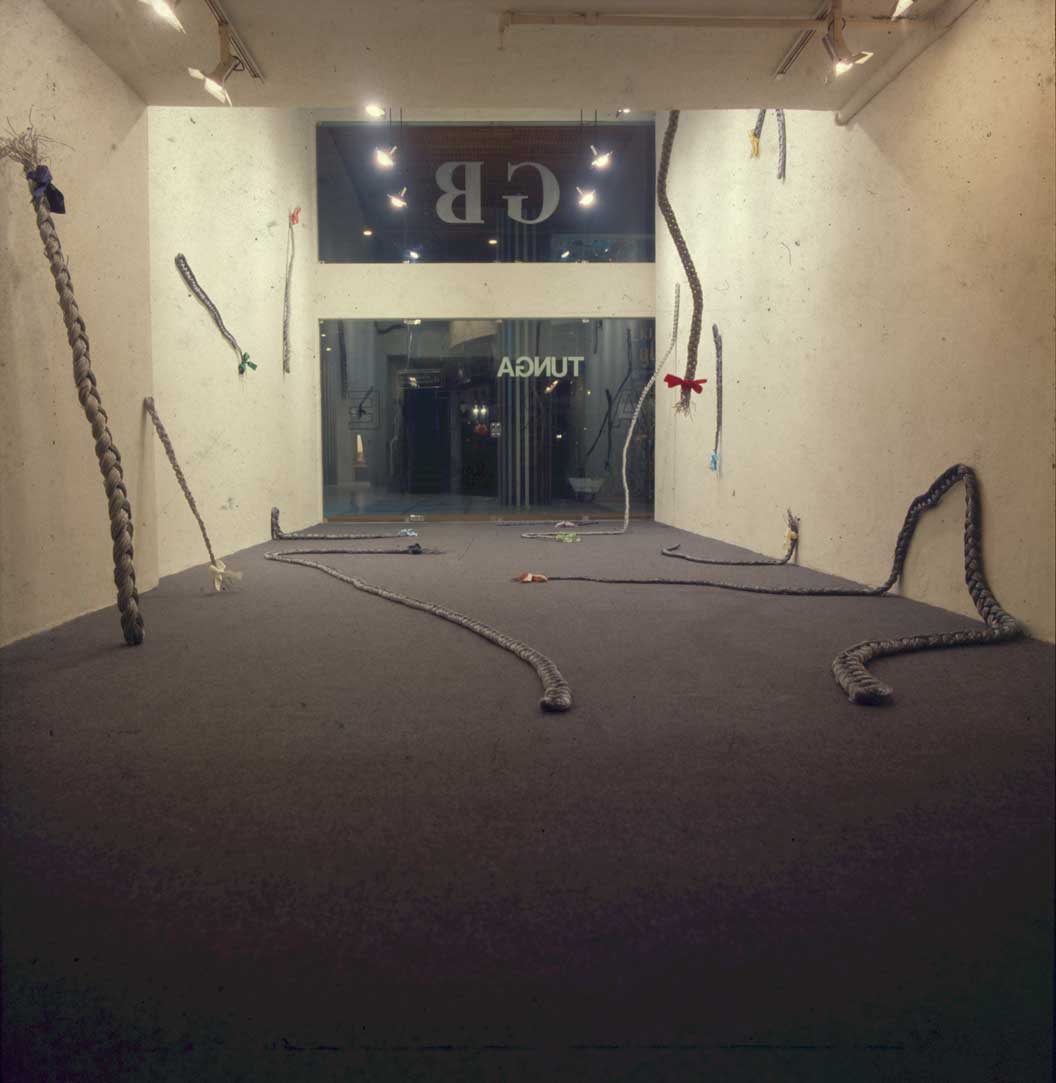 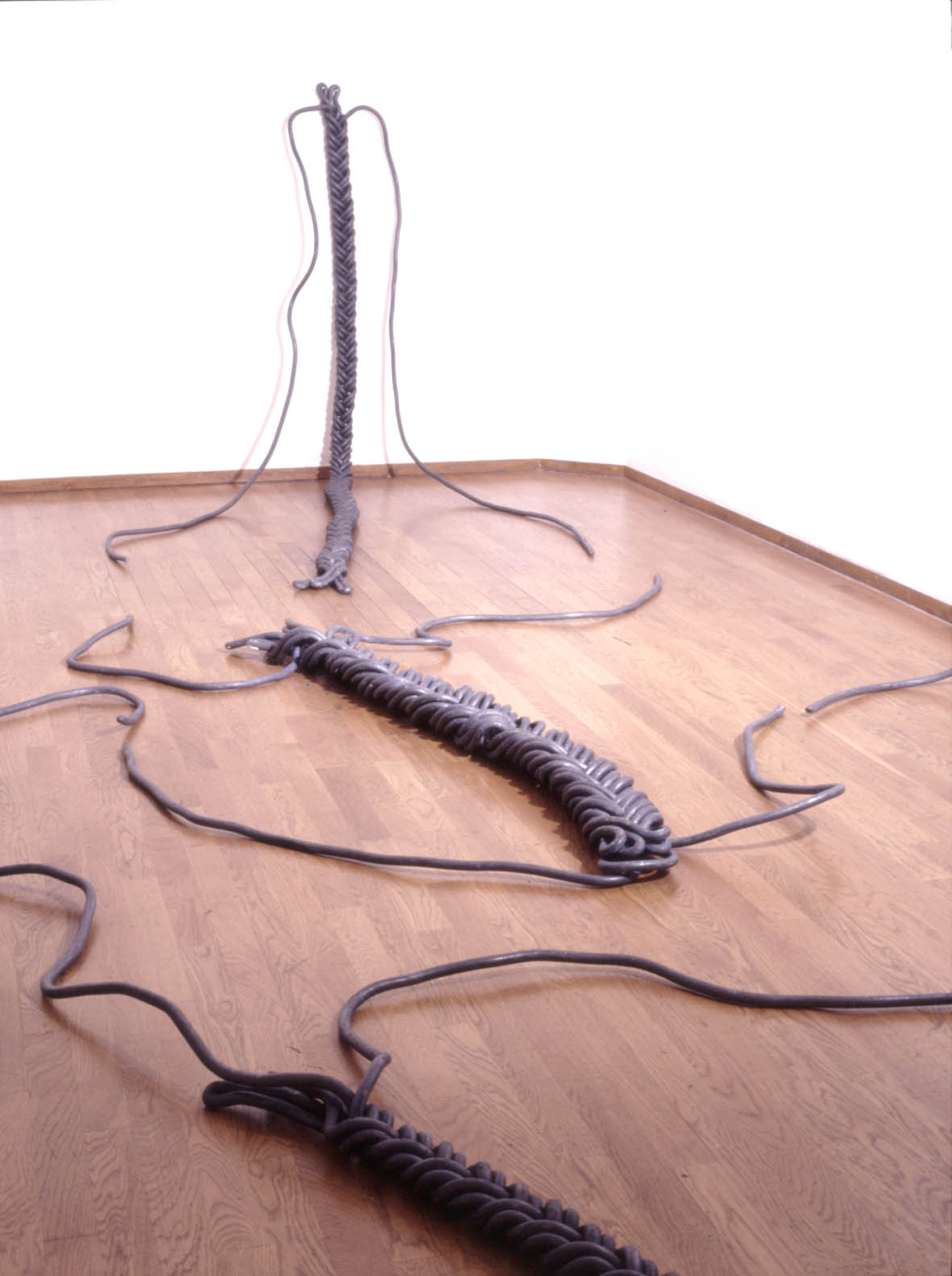 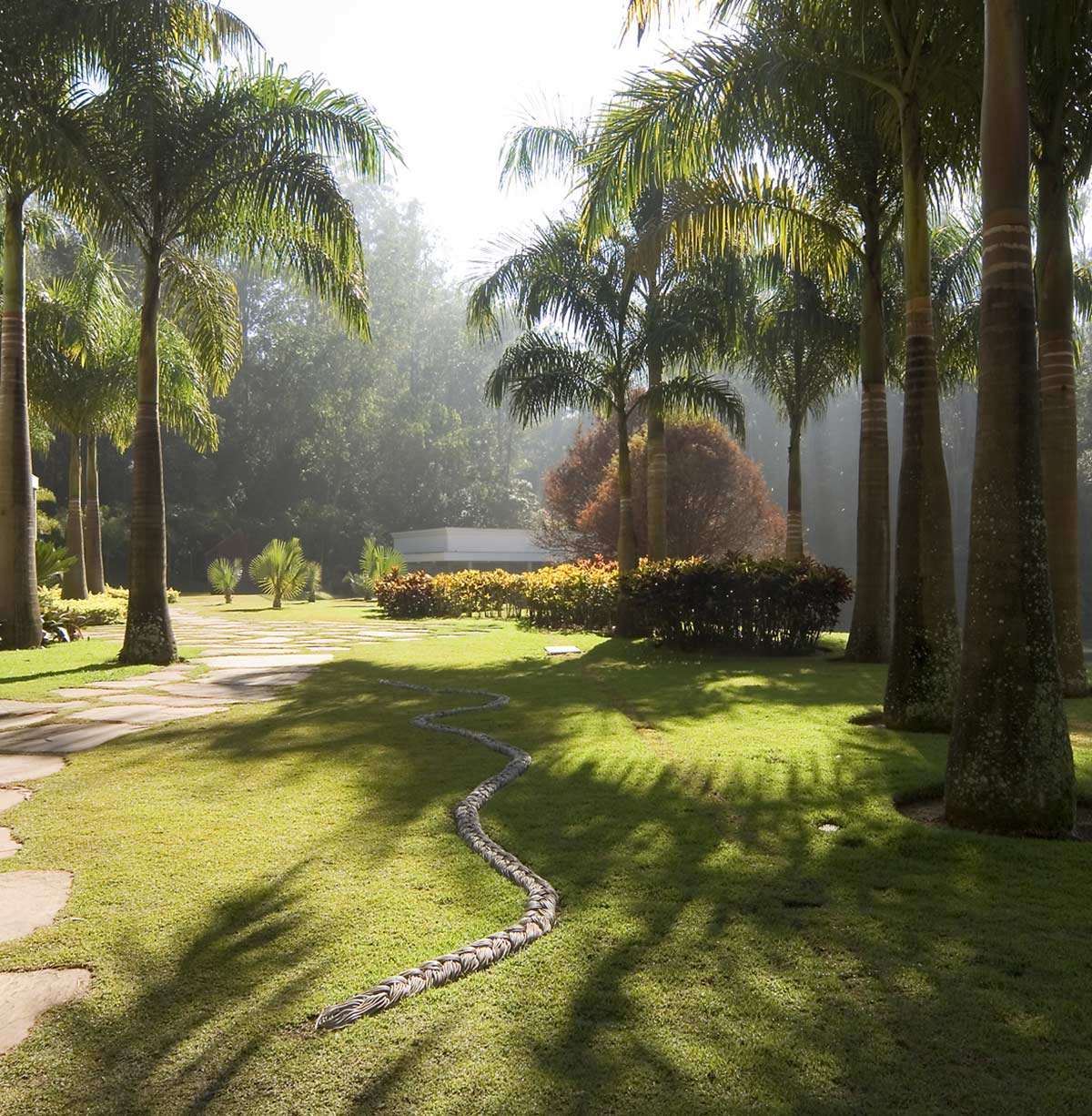 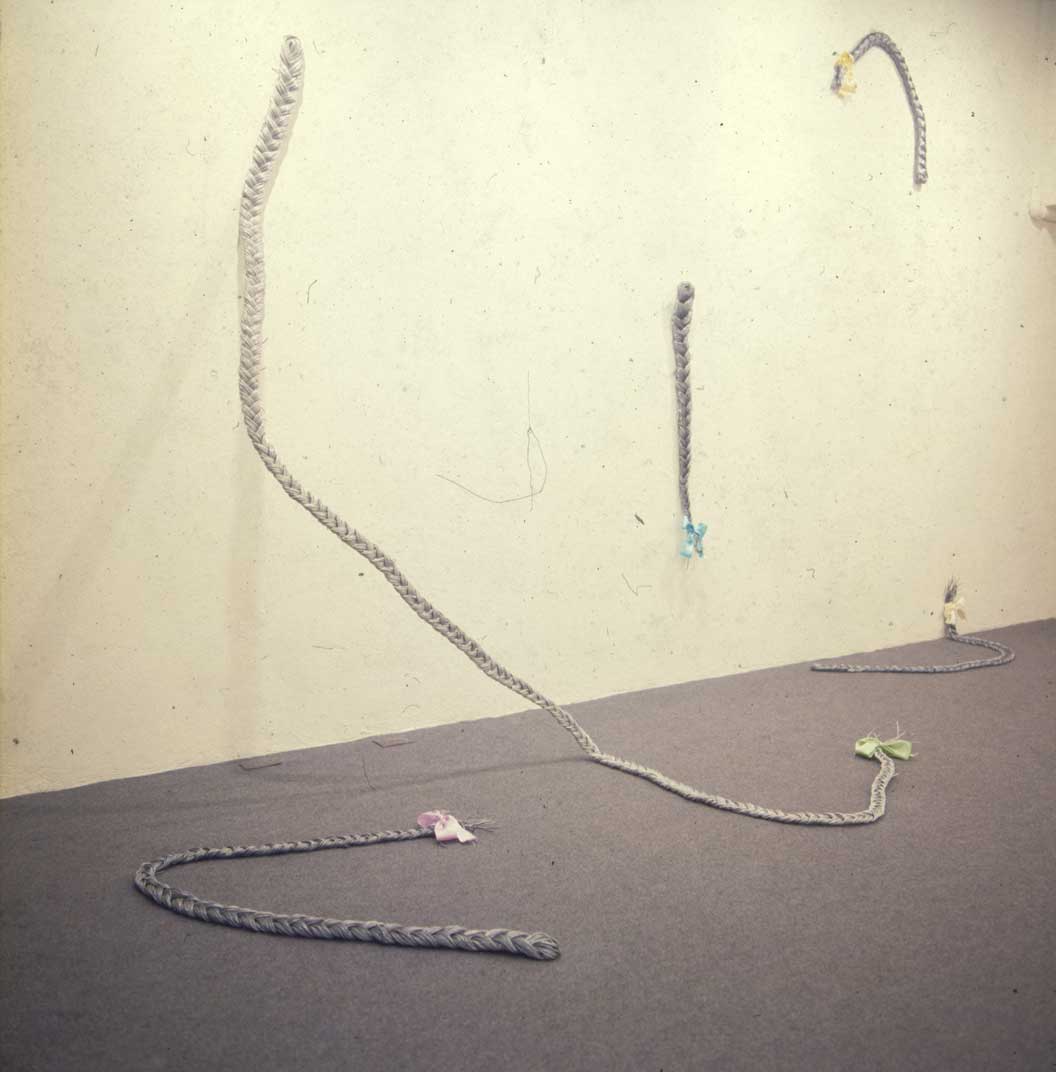 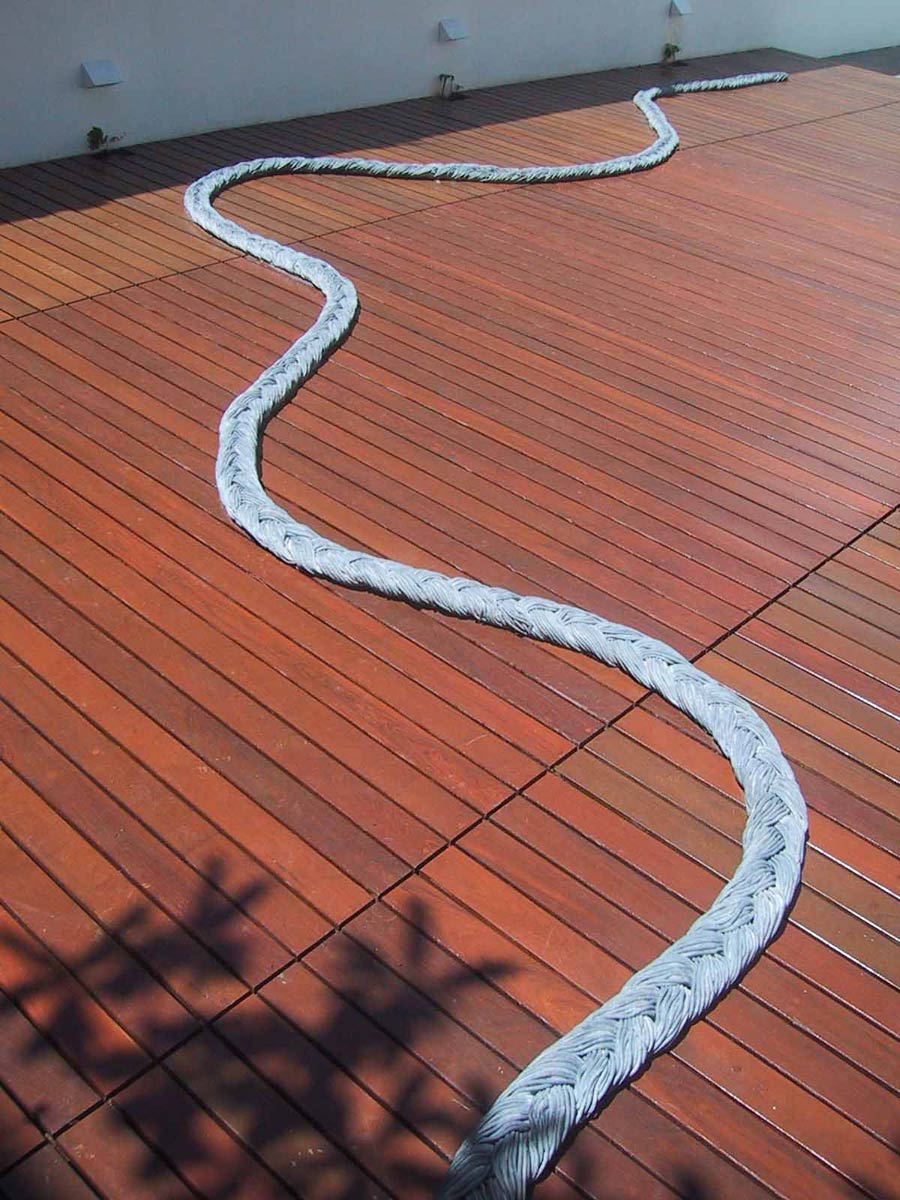 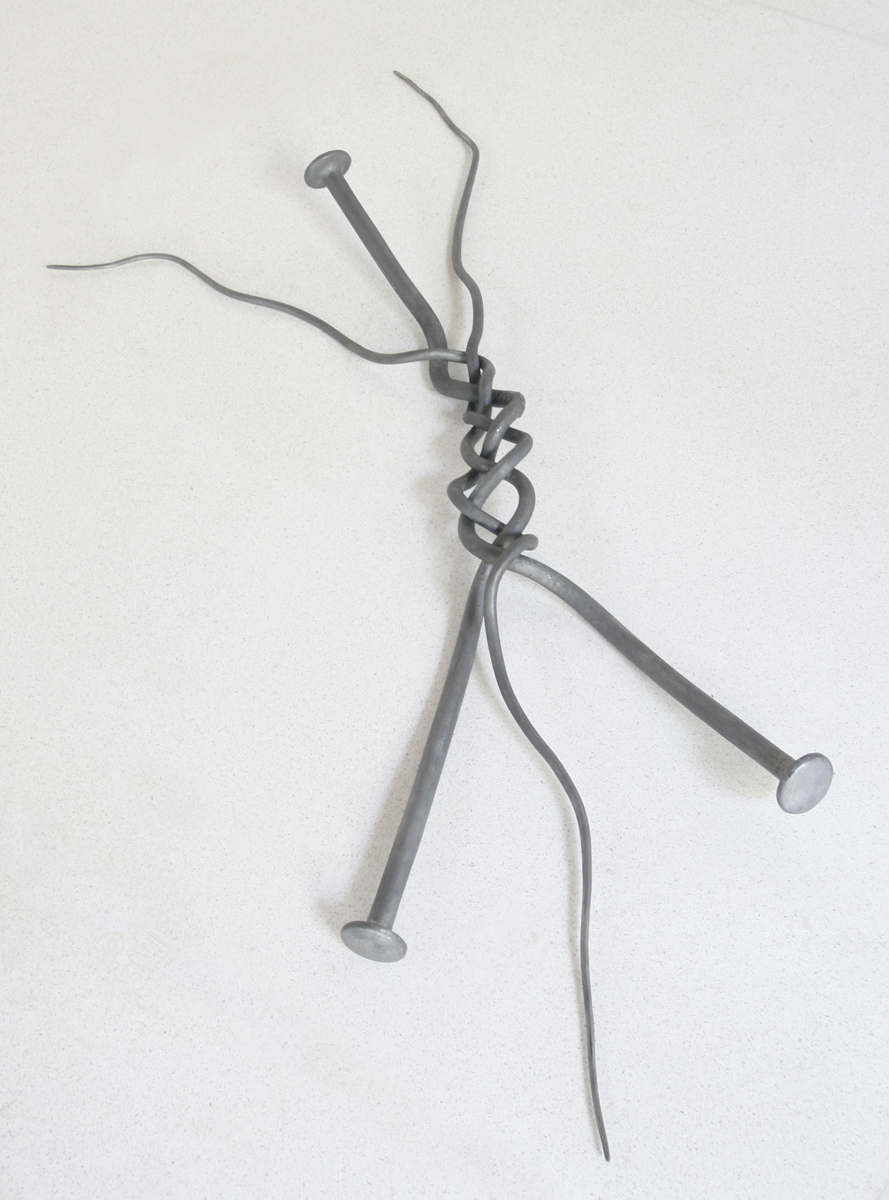 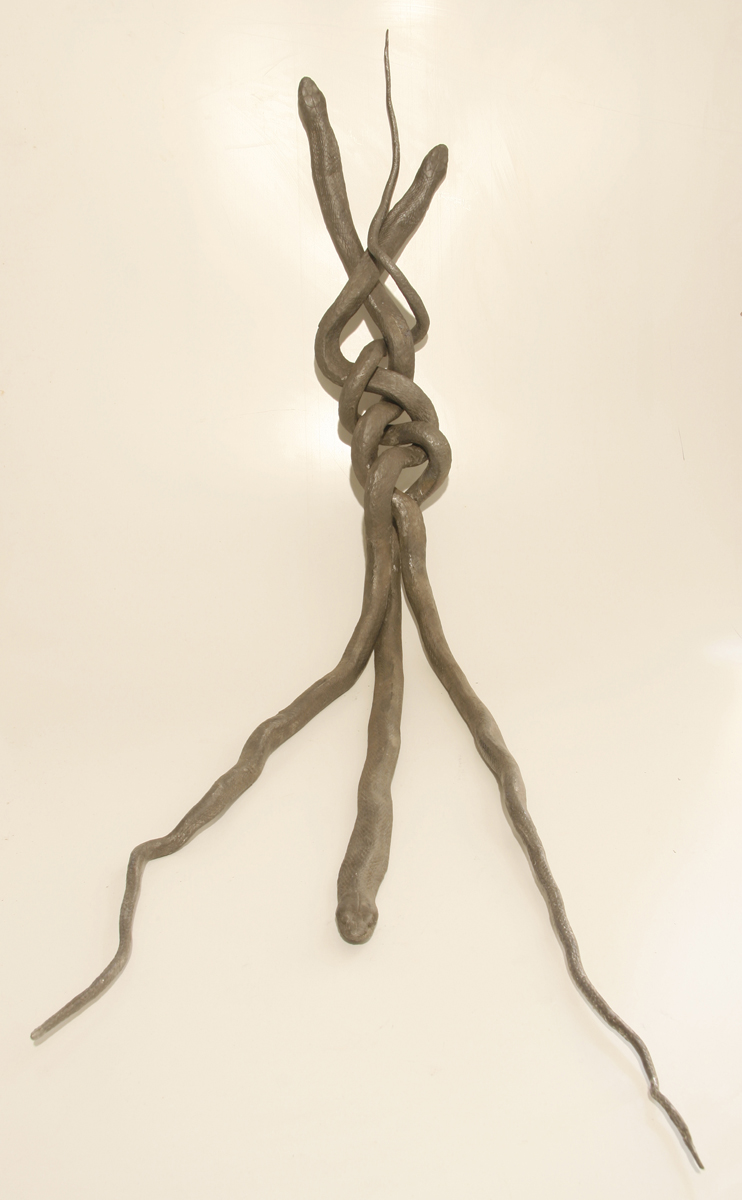 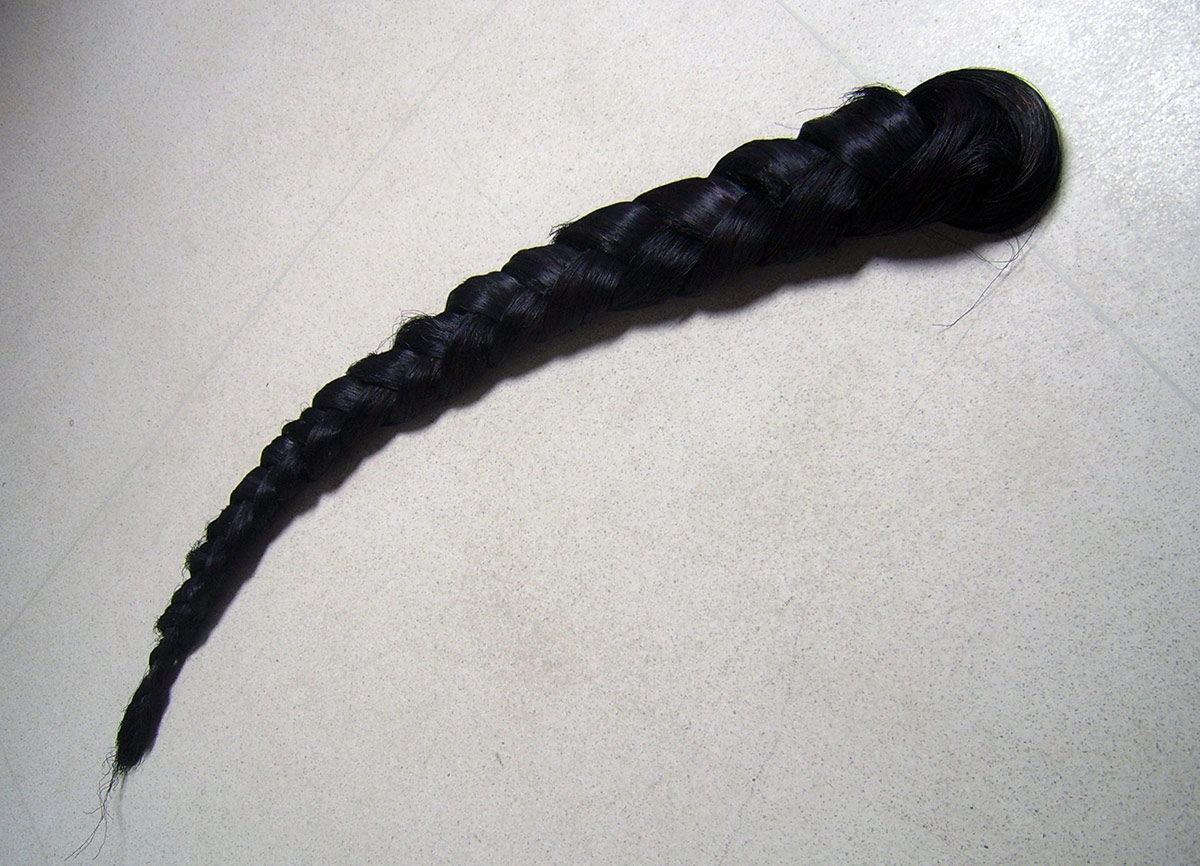 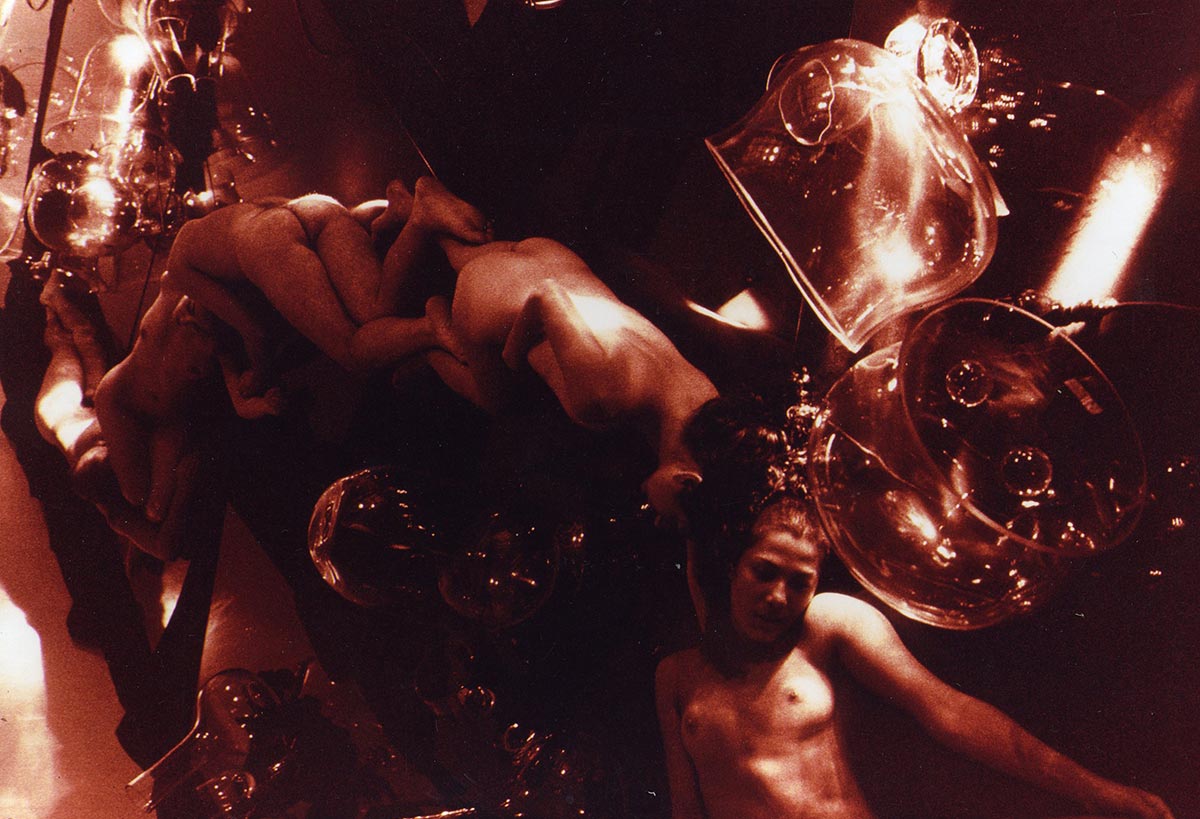